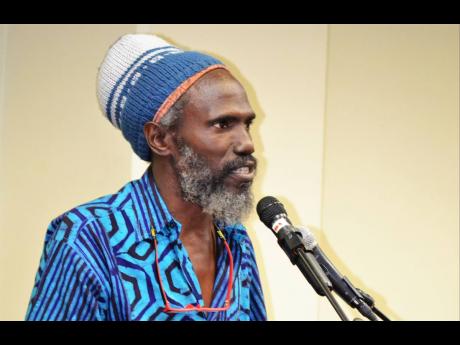 Last November, marking the 90th anniversary of the Coronation of Q’adamawi Haile Selassie and Empress Menen Asfaw, the Iniversal Development of Rastafari Inc, (IDOR) and the School of Sacrament Rastafari University (SOSACRU) collaborated on a webinar series. The event was followed by a soft launch on December 21, framed as ‘The Rise of the Feminine Energy in Rastafari’ and the ‘Birthing of a New African Identity’, which will ultimately culminate in the establishment of a certifying tertiary institution for the Rastafari Movement, said Dr Wayne Rose of IDOR.

In continuation of the celebrations, SOSACRU announced its second official webinar series – a conversation on Rastafari and the birth of Christ - today from 5 p.m. to 7 p.m. According to Dr Rose, the participants will be informed about the academic, cultural, and spiritual perspectives covering multiple disciplines, including history, sociology, religion, and methodologies.

Dr Rose told The Sunday Gleaner, “At the end, and once digested, persons should have a broad swath of information and comprehension on how Rastafari interprets and analyses the birth of Christ and why the topic is important.”

He said that persons of the Ethiopian Orthodox faith community generally engage in spiritual rituals of prayers and worship acknowledging the birth of Christ, but the new virtual norms “allow for increased participation and broader outreach for the faithful members and congregants”.

He added, “All who have an interest in the topic are welcome to attend the virtual event and to ask questions, share comments, and reciprocate learning.”

Rastafari have rejected Euro-centric forms of representations of Christ, so the special day is called Lidät instead of Christmas. The Amharic word means birthday, and it is celebrated on the seventh day of January.

“The Rastafari community recognise and celebrate the date as part of the historical continuity of their culture as Ethiopians abroad. The date is generally celebrated with Nyabinghi Izes and other socio-cultural activities. InI know that there are ambiguities and, perhaps, confusing narratives surrounding Rastafari and the celebration of the birth of Christ, thus the initiative,” Dr Rose explained.

Dr Ras Jahlani A. Niaah of the Rastafari Studies Initiatives and Global Rastafari Coronation Coalition agreed with the sentiment that “in keeping with the Ethiopian Orthodox celebration of the birth of Eyesos Christos on January 7, it is an opportunity to ventilate some of the issues and overstandings that are held within our community.”

The discussion will be hosted by Dejazmatch Kwasi Bonsu, Esq and Dr Imani Tafari Ama. Panelists include Dr Rachel Ts’gye Leslie, author of Teaching the Children of Tewahedo: Africa and the Ethio-Judeo Christian Legacy; Brother Karl Phillpotts, author of The Testimony of His Imperial Majesty, Emperor Haile Selassie I: Defender of the Faith; Sister Keteis Brissett, author of Amharic for Children; and Priest Dougie Smith, president of Rootz Foundation.

“The event will introduce viewpoints reflecting Ethiopianism and the Rastafari and Pan African scholarship on this matter, which is intended to further facilitate public education and training on Rastafari foundations as an indigenous knowledge system,” Dr Niaah concluded.