Nobody asks to be a hero 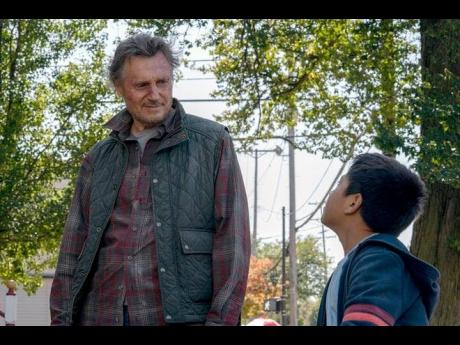 Contributed
Liam Neeson stars as a rancher who risks his life to help a young migrant boy in ‘The Marksman’.

Jim Hanson (Liam Neeson), an ex-marine sharpshooter-turned-rancher, gets entangled with the Mexican drug cartel in The Marksman.

He has a chance encounter with a young migrant boy, Miguel (Jacob Perez), and his mother, Rosa (Teresa Ruiz), trying to flee the cartel and attempts to help them. Rosa is shot and her dying plea to Jim is to take her son safely to family in Chicago.

Despite his personal troubles and a plea from his daughter not to get involved, Jim risks everything to get Miguel to his destination, with the cartel, led by the ruthless Mauricio (Juan Pablo Raba), in hot pursuit.