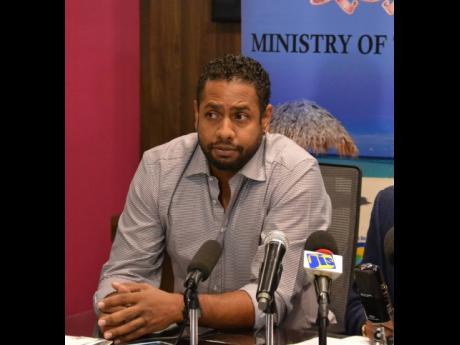 File
Kamal Bankay said he believes the events industry can work with the Government to develop new guidelines.

Even as coronavirus cases fluctuate, there are professionals who believe restoring the events industry in a limited and controlled way should be top priority.

Kamal Bankay said he believes the events industry can work with the Government to develop new guidelines within a few weeks based on a proposal he submitted to the relevant ministries yesterday morning. Bankay, who wears several hats in the entertainment industry, is a member of the Entertainment Advisory Board and chairman of Dream Entertainment, Carnival in Jamaica and the Sports and Entertainment Network in the Ministry of Tourism.

In the proposal he outlined protocols and guidelines for both small events, such as round robins and street dances with up to 300 persons, and large events such as festivals and concerts, which typically attract an audience of over 500 persons.

“We do not want to broadside the ministers, rather, we would like to have the opportunity for consideration of our recommendations, which I have done in a proposal sent to Ministers Grange, McKenzie, and Tufton today (Monday) of which I am awaiting a favourable response,” Bankay told The Gleaner.

He added, “The protocols are in respect of social-distancing guidelines, mandatory wearing of masks, temperature checks on entry and capacity management including hand sanitisers or handwashing stations — one per 50 people — establishing clear plastic barriers between patrons and staff, spacing markers at the bar and the sanitisation of venues for outdoor events.” In addition to the protocols, he mentioned the importance of having a health and safety monitor for the duration of events that are given the green light.

For larger events, Bankay has also suggested “creating a temporary bubble". This, he said, involves approved PCR and antigen tests showing a negative result within 24 hours of the event start time for staff and patrons who will then receive an armband displayiing their negative COVID-19 status as well as on-site rapid testing facilities.

“It can work,” he assured, “with five lines and two-minute spacing in between testing persons, we can test 150 persons per hour after the initial wait of 30 minutes for the first test result."

Bankay said following the open letter addressing the Government on the matter of the reopening of the events industry by a colleague, he saw it as an opportunity and more so, “that the Government is receptive to receiving forward-thinking proposals". Speaking on the topic of local promoters seeking avenues overseas, he said, Jamaica’s guidelines and protocols will have to differ to those that govern events hosted in states such as the Miami and Atlanta.

“By creating a bubble here for large events, there is a way in which events like Reggae Sumfest, Dream Weekend and Rebel Salute can happen in the near future. If it is done as suggested, it can be done in a phased and controlled way, but if we do not open the industry with small pilot events and actively regulate it, illegal events will continue to happen, just as they are now. We must give persons a safe and regularised outlet for a critical industry for our country,” he continued.

In a press conference yesterday, Minister of Health Dr Christoper Tufton said the reopening of the entertainment industry boils down to a risk assessment and the protocols put in place.

Though not referring specifically to Bankay's proposal, Tufton said the aim was to put a protocol in place to guide other ministries.

"The ultimate goal is to establish a set of protocols around physical distancing, the mask-wearing, the numbers that congregate, that sort of thing, sanitation stations and so on and then the ministries that have direct responsibility, whether for sports or entertainment will be the ones to interface, guided by those protocols as it relates to which of these events would be allowed or otherwise, but again I say the principle is the risk assessment," said Tufton.