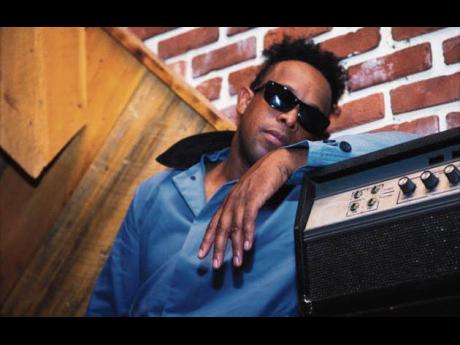 Contributed
Garrison Hawk is back and he has returned with a new compilation, a 13-track, strictly dancehall record called ‘The Adrenaline’. 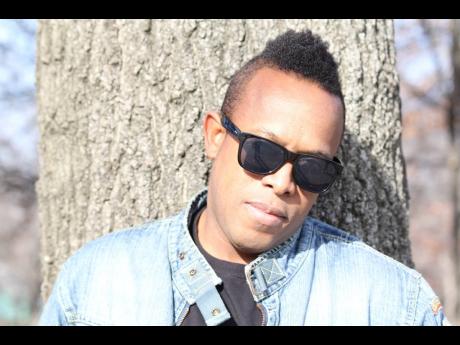 In his teenage years, recording artiste Garrison Hawk set his sights on musical skies; not the kind where you could predict the weather ahead but definitely one that could make headlines for being different. “Following the exposure I received in the 1990s, my career went into a different direction; people who would have seen my sharing the stage with the likes of Shabba Ranks and Super Cat [and] developed an interest,” Garrison Hawk said, as he explained his attentions were originally in the field of computer science.

He shared, “I knew I was studying that (computer science) but I have to be honest, I didn’t know what I was going to end up doing. Music was definitely the last thing I thought of doing after school but I was getting shows on the scene through sound system links.”

His style of singing and rapping and affection for the psychedelic fusion of music captivated musicians in the rock and hip-hop world, and a chance meeting with English record producer-rapper Tricky led to the two collaborating on the album titled Blowback released in 2001. Red Hot Chilli Peppers, Cyndi Lauper and Alanis Morrissette were among the roster of alternative musicians that the Mandeville-born dancehall entertainer was introduced, and worked with, throughout the production of that album. Some of the hits included Evolution Revolution Love, The Hawkman is Coming and Diss Never which he performed on Late Night with Conan O’Brien.

Garrison Hawk, real name Ian Bromfield, said, “Being on the other side of the world with dancehall and seeing how people are adapting the sound and style, made me want to go back to my roots. More and more, it becomes apparent to me that a lot of other countries are doing reggae and dancehall the original way while the new generation is taking a lot more influence from new and foreign music.”

The artiste said that he wants to be one of the recording artistes to contribute to the preservation of the authentic Jamaican sounds of music — starting with his latest productions.

“It’s been a long time since a trip home [to Jamaica], approximately six years, but the songs are about experience that personally lift people’s spirits. Some like Humanity and Dem Want To Avenger Me might sound aggressive but they are still positive tracks,” he said. “Even while experimenting with other genres and reaching different borders, there is a need for artistes, songwriters and producers to claim control over their sound.”

He has compiled 13 tracks - strictly dancehall - in anticipation that listeners of his music can get to see the hardcore side of him and “also turn their attentions on the birthplace of the genre while stimulating rush of emotions”. The album produced by Garrison Hawk and Marathon Records is aptly called The Adrenaline.

Garrison Hawk takes listeners from the party scene to man and woman relationships in the collection, representing dancehall as a storytelling skill. It’s a project he had planned on doing prior to the pandemic.

“Reggaeton and [Afrobeats] artistes are doing what used to do, twisting songs into their languages. I just think we lost a bit of ourselves on the way and in trying to make an album that was solely dancehall I wanted to recap the styles of the originals like Shabba Ranks, Ninja Man and even Beenie Man and Bounty Killer,” he said. Beenie Man is actually the only recording artiste featured on the album with the track Gal Have Wants, co-produced by Bill Laswell, recorded two years ago but only now, being released.

“Some of these dancehall artistes work so hard to get dancehall on the map and people are making a [killing] out of it. And I believe now is the right time for the artistes to stake their claim,” he said.