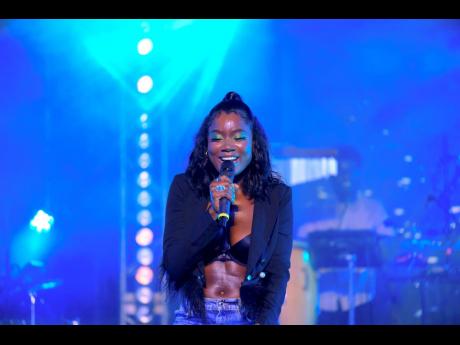 Contributed
Pulling for songs such as ‘Blessed’ and ‘Mango’, and paying tribute to Dennis Brown, Sevana wowed the audience. 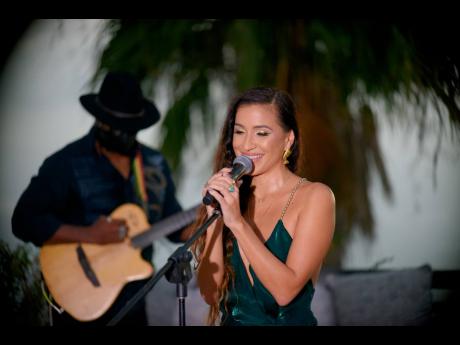 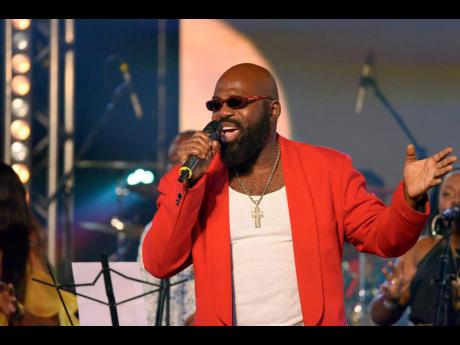 Contributed
Richie Stephens treated fans with ‘Colour of Love’, ‘Trying To Get To You’, ‘Winner’ and ‘Lady’.
1
2
3

The stars were truly shining down on the Jamaica Jazz and Blues Festival performers, especially on the third and final night, as the billed acts paid homage to the veterans who paved the way, both those we’ve lost and those who continue to contribute to Jamaica’s culture.

Coming off a five-year break, the festival has challenged the evolution of the local entertainment scene with its virtual format presented over three nights. Recording artistes and their backing bands painted a vivid reminder of the colourful days of live and in-person performances. The productions took place across Jamaica, the Caribbean, and the United States and came together to make one grand gift of an admission-free festival.

Spirits were awakened first with a tribute medley to Frederick ‘Toots’ Hibbert from The University of the West Indies Classical and Jazz Ensemble (CAJE), directed by musician and composer Peter Ashbourne.

Known for producing soca music, St Lucian Teddyson John and Freetown Collective out of Trinidad and Tobago were two of the more anomalous acts on the bill. John’s The Teddyson John Project played tracks dated from the 2016 carnival season, like Allez and Vent, originally a collaboration with International Stephen, and Leave, transforming them into a smooth, improvisational style of jazz and blues. Likewise, Freetown Collective, comprised of Muhammed Muwakil, Lou Lyons, DJ Rawkus and ‘The Trinity’ background singers Malene Joseph, Trishana Williams and Shanna Joseph, were easy on the eyes and ears.

Songbird Zia Benjamin showed what she meant when she called her music ‘rum-shop blues’, as she captured elements from all genres in her songs Mr Neverman, Oblivion and Eternal Love. Benjamin showed her dexterity as she deejayed snippets of Lady Saw’s Sycamore Tree and Baby Cham’s Heading to the Top (Monopoly) as a means of setting the mood. She paid tribute to ‘Toots’ Hibbert with her new, unreleased single Ackee, standout lyrics which include, “the fruit of a nation is opening again, pick it young, and it is poison, let it grow, and it is chosen”. In speaking about Jamaica as a nation, an emotional Benjamin also dedicated the song to those who passed away from contracting COVID-19 as she fought back the tears.

Entertainers Janine JKhul, who performed at the Global Inaugural Caribbean Party for the first female vice-president of the United States, Kamala Harris, and was featured on CNN’s Voices of the Pandemic, and Prime Time Emmy Award nominee Tessellated were given big shoes to fill — and did so by maintaining a soulful energy in their sets. Tessellated, who has been promoting his latest album, Tropics Vol. 1, was creative in sharing some of the tracks from the compilation, with I Learnt Some Jazz Today being an appropriate and suave close to his set.

Like a bright yellow and red, aromatic mango, songstress Sevana sweetened the deal with her pitch-perfect performance. She started slow, opening with her single If You Only Knew, virtually inviting those who enjoy singing in the shower, front stage and centre.

Sevana’s vocal treatment merged her songbird talents with that of a freestyle deejay, making her performance feel like medicine. She channelled the stage presence of Janet Jackson, confident and sexy with spellbinding eye contact throughout her entire set and the singing style of Mary J. Blige, taking with her a moment of reverence to reach all the high notes in her six-month-old single Blessed and the In.Digg.Nation-produced Haul and Pull on the Rock and Groove riddim.

“Without a Dennis Brown, you wouldn’t have a Sevana,” she said to the virtual audience, as she moved right into the reggae icon’s Get Myself Together and Have You Ever Been In Love, sharing her love for the ‘Crown Prince of Reggae’ as if speaking the gospel to a church, before her jazzy injection of a verse from Slow Motion, a popular single from the catalogue of controversial dancehall figure and superstar Vybz Kartel. We know he is tickled at the very thought that an entertainer would be so bold to draw that card on the Jamaica Jazz and Blues Festival stage.

Sevana made hypnotising eye contact, singing her final song, Mango, like it was her first time. When she was about to finish the last refrain, for a moment, her eyes closed, almost hinting that it was the end of her set, but the illusory sounds of a selector could be heard shouting, “Puuuuullll up!” as she wheeled and came again with a freestyle that would have likely had a physical audience screaming wildly.

Grammy Award winner and one of the bestselling Latin music artistes, Jon Secada, who entertained from a stage set up in Florida, kept it short yet sweet — lighting up the set with his rendition of Georgia On My Mind, written by Hoagy Carmichael, who was inspired by jazz saxophonist Frankie Trumbauer to pen a song about the southern state. The song is often associated with the likes of Ray Charles as well as James Brown.

Richie Stephens treated fans with Colour of Love, Trying To Get To You, Winner and Lady. He also paid tribute to veteran singer Yvonne Sterling, whose song Thank You Lord he sang with the help of Little Lenny. Both recording artistes were assisting Sterling with getting back on her feet after facing hard times before she passed away in January.

Speaking to The Gleaner after bringing down the house, Richie Stephens said, “I am happy about the whole Jamaica Jazz and Blues Festival presentation from the live performance on stage to the Circle Jamaica feature that I hosted … . I’m not easy to be happy when it comes to myself because I critique myself severely, but I am very pleased with how it turned out.”

Despite the show being virtual, it was top-class, he said, adding that he was looking forward to working with the organisers in the future. “I specifically enjoyed the ‘roots-ness’ of it and the historic value, and the fact I had to study to get the message right ... I truly enjoyed it, and I think it went over very well. Virtual may be new to us, but a good performance is a good performance. I put a hundred into it, and based on the feedback online, it looks like the place mash up,” he said.