How a Trench Town girl lived with Roberta Flack, rubbed shoulders with stars 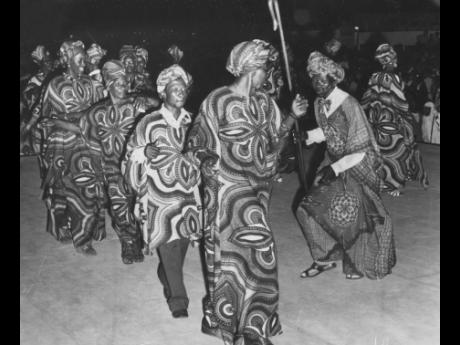 The Gleaner Archives
REVIVAL TIME: Mallica ‘Kapo’ Reynolds (with staff) and some of his St Michael Revival Group members caught “working the show”. 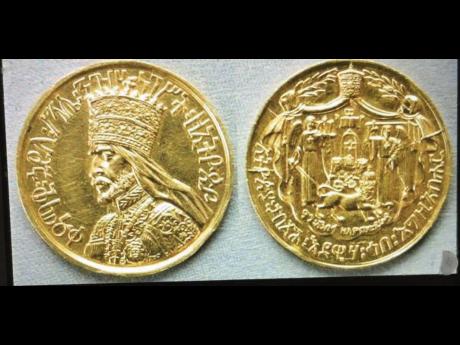 Contributed
Shimmering gold medals a gift to Kapo from His Imperial Majesty Emperor Haile Selassie, in 1966.
1
2

She was born in the railway farming town of Balaclava in St Elizabeth in the early 1960s and raised in the cultural melting pot of Trench Town. Her home was a modest wooden structure where rays of sunlight would barge in through several small cracks. With some tutoring from her father, and aided by a small brown book, she learned to read early with the old system - b-a-t - bat, c-a-t - cat. Years later, the little girl at Eighth Street turned down her free place at Immaculate Conception High School in St Andrew, opting for an exciting life in the fast lane in New York City. A life that included walking on red carpets, riding limousines across town, and rubbing shoulders with the city’s wealthy and famous on the luxurious Upper East Side. After a few years of attending St Patrick’s Primary School near Waterhouse and playing dandy shandy on the sidewalks of Kingston’s tough and unforgiving streets, her first residence in New York was on East 68 Street in Manhattan, then to the posh Dakota at 1 West 72 Street overlooking Central Park. And there, from the living room of a warm, plush apartment, she watched her first winter turn to spring.

At just twelve years old, Christine Reynolds felt like the luckiest girl in the whole USA.

And with good reason. She was the daughter of a popular Zion revival bishop in Kingston, Mallica ‘Kapo’ Reynolds. But more important, her father, who passed away in 1989, was acclaimed as an astonishingly talented painter and sculptor on the local art scene. He was hailed as the greatest intuitive artist alive in Jamaica at the time. In the ‘60s, Jamaica’s ‘Patron Saint of Art’ was Edna Manley, wife of the premier, leader of the People’s National Party and later, national hero. So, with Edna Manley’s influence, art was very much a part of the young nation’s cultural priorities. American rhythm and blues icon, chart-topper, and multiple Grammy winner Roberta Flack became one of Kapo’s most adoring fans. They developed a close friendship over the years. Flack was passionate then (and still is) about Jamaica’s culture, and she took on the role of Christine’s godmother. The bright-eyed, articulate, and observant young girl was in the custody of her dad since she was two weeks old. Her mother, Norma, later moved to Kingston but would often visit Balaclava, not far from Accompong and the Appleton Estate. Kapo, Norma, and Roberta decided to relocate Christine to New York to expand her horizons. This curious young girl, who went everywhere with her mystical father in Jamaica, was now living in her godmother’s magical, musical fairy-tale world.

Christine has a clear recollection of her first trip to Roberta Flack in the early 1970s. She travelled on Air Jamaica, flight JM 011, to New York’s JFK. She was accompanied on the flight by Roberta’s manager, hotshot New York entertainment attorney David Franklin, who also represented Richard Pryor.

“The change of residence to New York City was exciting, but it came about not just for my personal growth, but also for my safety”, Christine recalled. “In the early days, life for my father was very rough. As a leader of the revival faith, he was seen as an evil obeah man, and he was often persecuted, jailed, and the house fire-bombed several times, with valuable pieces of art destroyed each time. On one occasion, he was even poisoned but survived. Because of the ongoing threats, he took me everywhere with him for my own safety. So my relocation to live with Roberta Flack was also with my safety in mind,” Reynolds recounted.

Roberta’s home in New York was raining with celebrities, but this eye-popping treat was not exactly new to Christine. Even at a young age, she had seen her share of luminaries from running around with her dad in Jamaica. Norman Manley was her godfather, and former prime minister Edward Seaga was her father’s good friend. His Imperial Majesty Haile Selassie had befriended her dad, and they retained a friendship long after the emperor was gifted with a wood carving from Kapo at King’s House during Selassie’s Jamaica visit in 1966. The emperor, in turn, presented Kapo with a gift: a shimmering gold Imperial medal from Ethiopia. Miriam Makeba, Angela Davis, Dr Martin Luther King Jr, Sammy Davis, Walt Disney, and Nikki Giovanni all came to meet the jet-black Jamaican sage with his striking, chiselled Maroon features. Some thought ‘the sun rose in his eyes’, a line from Roberta’s No. 1 single, The First Time Ever I Saw Your Face. Kapo was a tourist attraction of sorts with a continuous flow of celebrities, journalists, students, historians, and tourists coming to behold his regal presence. And his baby daughter was always by his side.

Christine arrived in New York at an interesting time. Roberta had just won the Grammy for Song of the Year with the chart-topper The First Time Ever I Saw Your Face. And her new single, Killing Me Softly (Atlantic Records), was burning up the charts and later placed her in the history books as the only artiste to have won two consecutive Grammys for Song of the Year. Killing Me Softly became the unofficial anthem for young lovers with big, impeccably trimmed afros, bell-bottom pants and platform heel shoes, perfect for some of those Soul Train and Where It’s At dance moves. Once in New York, Christine was surrounded by a new wave of personalities. Roberta’s home was a buzz centre for good company, delicious food, drinks, and much laughter.

“Mimi’s (Roberta’s) apartment was well-appointed and spacious, punctuated with beautiful art. There was a sauna and steam room and a grand piano in the living room,” Christine revealed. “Mimi was the only African American living on the building, and impromptu jam sessions would take place there all the time. John Lennon from the Beatles, his wife, Yoko Ono, and Hollywood actress Lauren Bacall were our neighbours, and Cecily Tyson, Miles Davis, Donny Hathaway, and Peabo Bryson would always come by,” she added. “I remember giving Stevie Wonder directions to the apartment on one of his visits to New York, and after I hung up, I wondered how Stevie was going to visualise the street signs,” Christine joked in her hilarious style, remembering that his driver would have been next to him. She was sometimes out and about with Roberta, a few times at Atlantic Records at Rockefeller Plaza, where one of Kapo’s larger sculptures was on display. Her recollections stumbled upon a visit to RCA Studios in New York. At one end of the long corridor, Roberta was recording You Are My Heaven with Donny Hathaway. At the other end, disco diva and one-hit-wonder Vikki Sue Robinson was laying down vocals for the global club classic Turn The Beat Around.

Despite the allure of entertainment and the neon lights of New York City, education remained a priority. Christine was sent off to boarding school at twelve in Deerfield, Massachusetts. She was the only African American student there, but she enjoyed the experience immensely.

“The kids at Deerfield were all sons and daughters of prominent people. I fought my way through, commanding respect, and eventually, some became my best friends,” Reynolds reminisced. “My father was a Jamaican man who was never afraid of loud colours. One day he showed up unexpectedly in the dining room at boarding school in full pink regalia, and headwrap. You could hear a pin drop. All eyes were glued to his every majestic step as he moved towards me with open arms, giving me a warm embrace. The children erupted in applause. It was [a] joy and true demonstration of a father’s unabashed love for his baby girl”.

On her visits back to New York for holiday breaks, Christine could never escape the allure of the fascinating world of entertainment and the arts. A stand-out event for her was seeing a Diana Ross concert in Central Park in the rain, while Luther Vandross did back-up vocals. Luther often visited Roberta with two ladies, and looking back, Christine thinks they may have been the women who later became Two Tons of Fun, and later, The Weather Girls. Roberta always encouraged Luther to go solo as he owned such a mesmerising voice.

Yet, with all her early saturation in the world of the creative arts, Christine nevertheless opted for a very different career - one in law enforcement, working for many years with the State of New York. Christine got married and had seven children. Sometimes she reflects on the past and wonders what life would be like if she had accepted Alvin Ailey’s invitation to dance with his company. She had met the African American dance pioneer years ago at the première of the Broadway show Fame, and something about her agility of movement made Ailey think she’d be an excellent dancer. But Christine Reynolds harboured no dreams about performing on stage, so she declined this enviable offer that thousands of aspiring dancers could only dream of.

She has kept in touch with her beloved Roberta over the years and still visits ‘Mimi’, her godmother, except for the past year due to COVID restrictions. Christine laughs playfully when she remembers how people stared at her in Central Park when she would take Roberta’s two dogs for a stroll in the park. The dogs were the Shiba Inu breed, imported from Japan, and they looked eerily like foxes. And Christine lights up like a stadium bulb at any mention of her dad, whom she adores unconditionally. She is currently writing a book about her fascinating journey through life as the daughter of a Revival bishop and one of Jamaica’s most prominent visual artists of all time.

“I have been silent for 30 years, but I am now ready to tell my story. I want to protect the accuracy of my father’s legacy as it relates to art and religion. And I want to return to Jamaica after an absence of many years to explore the Maroon side of my father’s heritage. I want to once again obey the call of the ancestral drum, that drum that provided sustenance for my spirit and my soul in my early years. And I want to know why dad was always blowing a ram’s horn, ribbed and curved, that was called the abeng.”