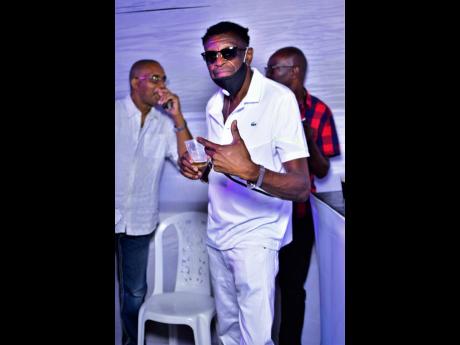 File
Stone Love Movements CEO Winston’ Wee Pow’ Powell says it has been the most challenging of times.

After what he says was a “very rough year”, veteran sound system owner Winston ‘Wee Pow’ Powell, who celebrates his birthday today, is understandably not in a celebratory mood. Nonetheless, he will ring in the milestone at his Burlington Avenue base, which doubles as a licensed bar.

Bars were spared closure when Prime Minister Andrew Holness announced tighter measures under the Disaster Risk Management Act on March 1. Like zoos, parks, gyms and attractions, they must close at 6 p.m. until March 22.

Having been in the music business for decades, the Stone Love Movements CEO says this has been the most challenging of times. He recalled that it was around this time last year, while coincidentally stringing up for an event, he learnt that events were banned.

“We didn’t know that this was going to happen. We had to just play a little low music and turn back the people when they showed up, because many of them were not even aware of the curfew. At least this time around, the curfew is 8 p.m.,” he said without a smile.

Since then, things have not been the same for the sound system, which enjoyed solid overseas bookings throughout the years.

“It was a very, very, rough year. I have had to be constantly making adjustments to cope with what is happening, and it looks like there is a lot more of this for us down the road. Last year, I did a handful of overseas shows, but with the [US] embassy not processing any work permits at the moment, things are stalled, so we just have to stay home and try to live. You can’t go overseas on an expired work visa,” he explained.

Powell, whose signature local event was Weddy Weddy, the weekly dance staged at his Burlington Road HQ every Wednesday, wishes that the Government would take a more serious approach with the music industry. “They help other industries, but they are not looking in our direction, is like they don’t see our entity as anything vibrant. The argument is that music brings people together, so they want to get rid of the bungle up. But, look around, the bungle up is everywhere,” he charged.

According to Powell, he is not taking any chances with the virus, as he knows only too well its disastrous effects. “People have it as a female, but whatever it is, it put a brake on Stone Love’s movements. I’m just hoping that people will come to grips and realise that there is something called COVID out there. I have couple friends well with no underlying illnesses who caught it, and some are no longer with us. I have a relative who is now hospitalised with COVID, so I know it is real,” the owner of the Stone Love, dubbed ‘the immortal sound’, told The Gleaner.