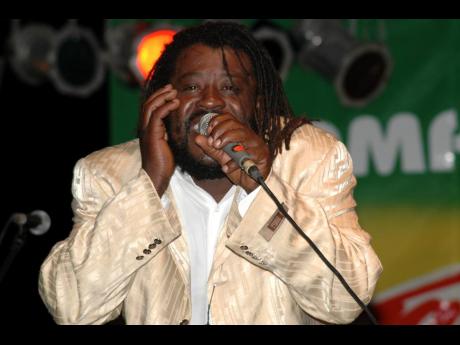 File
Courtney Melody’s ‘Modern Girl’ is an anthem in the dancehall. 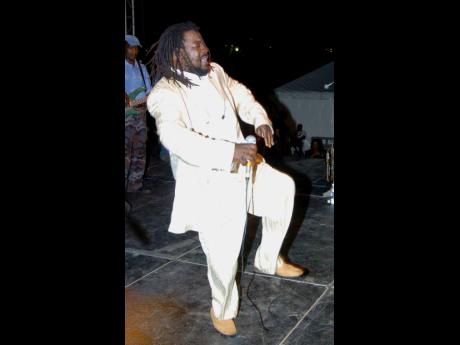 File
Courtney Melody discloses that he hasn’t received royalites for many of his songs. 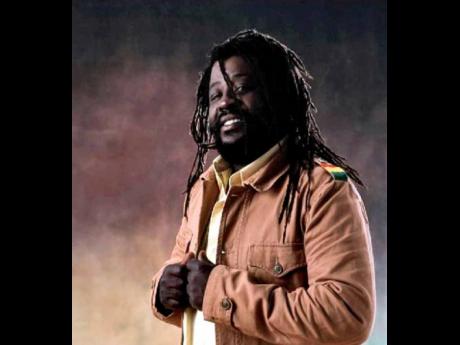 During the decade of the 80s, among the dancehall songs that jockeyed for dominance was Modern Girl by singer Courtney Melody. Rising to anthemic status over the years, it is the artiste’s signature song, and even today, it is guaranteed to take the dance to another level, ensure that the shows keep rolling in for him and, even during the COVID-19 pandemic, it keeps food on his table

But there is another element to the lure of the quintessential Modern Girl. In an era of women’s rights, when the traditional role of women as home-makers are frowned upon, the theme of Modern Girl could be seen as an affront. For this, Courtney Melody is offering absolutely no apology.

“ Modern Girl is a real song,” he insists. “It talks about a man needing a woman to cook and clean and put him to bed at night and wake him in the morning. It came about when me and a guy named Baller was talking and him seh him need a modern girl. So I took out my lyrics book that I always have with me and start writing,” he said. “A lot of people tell me about the impact of the song, and even how dem find their special girl, but I never find that modern girl, and I stop looking,” he said.

Courtney Melody shared that despite the elusiveness of that modern girl, he is very comfortable with his current relationship “and although we have our small differences from time to time, it is all good”.

The artiste, not surprisingly, has strong views on the women’s movement and that include the antics of those who sing and deejay in the dancehall. And Women’s History Month or not, he expressed them. “It is supposed to be woman empowerment, but it is mostly about selfishness and greed. Nuff of the ladies abuse power with one bag a things and it come in like it is all about people talking ‘bout themselves,” the Key to Your Heart singer stated. “It don’t look good, better dem come together and show love,” he urged.

Modern Girl, although it was a blockbuster and should be a part of the artiste’s pension package, he said he hasn’t received a cent in royalties. “I don’t make no money in royalties from it. A lot of my albums go that way. I go to England to check on it and I was told that the producers are collecting on my behalf. A lot of these producers can produce but dem cannot write, but dem collect the royalties. They are not inspired. I have been abused by these producers and people who have a lot of negative things to say about Courtney Melody, but I am still around, holding firm,” he told The Sunday Gleaner. “In California, they call us legends,” he added with a laugh.

However, he also took time to pay respect to those who had treated him kindly. “King Tubby, King Jammy, Winston Riley and Harry J, all those producers were nice to us and we give thanks. In terms of personality and hospitality, King Tubby set the example, he even used to call us one side and give us money,” he said.

The entertainer, while lamenting the lockdown globally and the resultant loss of income, still expressed gratitude that he was able to to earn through dubplates. “Everything was set for me to do the festivals in 2020, because I don’t really work locally, my market is overseas, but then the world was put on hold. But in life there are ups and downs. I have done sold-out shows in California, Trinidad, Bermuda, Los Angeles, Dub Club, San Diego, and now the songs that I have recorded are still providing food, through specials. This is just a setback that we all have to tough out,” he said.

Like many of his peers, Courtney Melody takes issue with some of the changes and pervasive themes in modern dancehall music. “We sing the music to let people understand love, to gravitate towards each other and feel the real vibes. We come with love, happiness and joy, whether you are in your bedroom or your living room The music change with the attitude of the people. All dem want is a gun. The music spoiling up the children, right now everybody just want to be bad. Is like a disease that tek the people,” the veteran singer said.

According to his biography, Courtney Melody began singing while still in high school. He made the link with Stereo One Sound System, where he worked with Ricky Stereo, Boy Blue, Daddy Freddy, and had his first record, Screechy Across the Border, released. A stint with Technique Records produced the hits How Long Will Your Love Last, Key to Your Heart, and Exploiter. His single, Bad Boy, hit the international charts in 1986, which started a run of dancehall hits, including Turn Them Back, and furthered his reputation as an influential figure in the dancehall scene. His 1989 album, Modern Girl, is heralded as one of the best dancehall albums ever recorded in Jamaica.

His 2007 album, Serious Business, had a roots focus, splashed with a bit of dancehall. It was one of two produced by Jah Mikes. Currently working on an album which he emphasised is being producing by himself, Courtney Melody shared that the title is Donkey Jawbone and he is happy to do what he does best. “We were inspired to sing reggae music because of the sufferation, tribulation, batteration and all the ‘ations’. But the fact remains that was good music and that’s why it will always endure,” he said.

And Courtney Melody is adamant that he doesn’t harbour any feelings of hate towards any producer, or even those who he said tried to tarnish his name.

“Me don’t hate no producer. Respect and fire bun fi all the producers. Dem know themselves. One love straight,” was his parting shot.