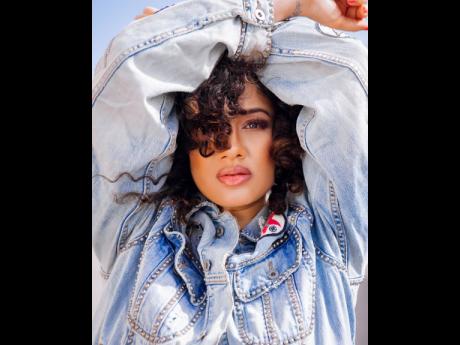 Contributed
Jovi Rockwell’s made her acting début in ‘Traytown’, a film that explores relationships with quite a bit of politics, passion and drama thrown in. 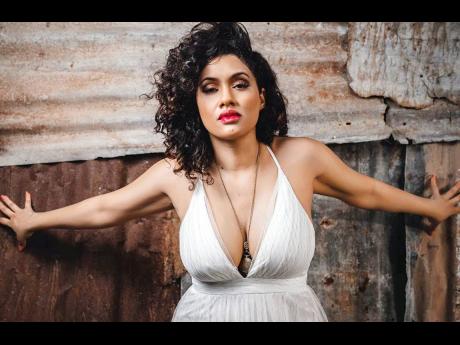 Contributed
Jovi Rockwell’s made her acting début in ‘Traytown’, a film that explores relationships with quite a bit of politics, passion and drama thrown in.
1
2

An exhilarated “I did it!” just about sums up singer-turn-actress Jovi Rockwell’s reaction to making her acting début in Traytown, a film that explores relationships with quite a bit of politics, passion and drama thrown in. Its synopsis states, “...

An exhilarated “I did it!” just about sums up singer-turn-actress Jovi Rockwell’s reaction to making her acting début in Traytown, a film that explores relationships with quite a bit of politics, passion and drama thrown in.

Its synopsis states, “Ambitious, newly-wed politician Aria Sawyer is a charismatic and attractive young woman who is after one thing – a seat in Parliament – and she gets it. However, the sweet taste of victory quickly grows sour when her power-hungry husband, Dimitri, finds out about her on-and-off affair with Janelle Rose, a spunky female journalist. He offers a trade - his silence for her seat in Parliament.”

For Jovi, who is well known in music circles, and has made a mark with solo singles as well as a collab with Shaggy, Mr Vegas and Ding Dong, being given the opportunity to work with the film community has been a life-changing experience. “Just to be a part of a project where everybody is Jamaican, I discovered something new in my own backyard. There was so much intricate detail, but everything was on point, and everybody was professional. We were capturing slices of life in its continuity, and here I was feeling very much a part of this community that I didn’t know much about,” Jovi, one of the leading characters of Traytown, reflected.

As she related, her segue into acting was actually quite pedestrian. She was walking down her block one day and passed the acting school. An idea germinated; she acted upon it. “I decided that I could be free every Friday to attend classes, and that was it. They introduced me to various books that started my creative juices flowing, and as I opened up, I met a new part of myself, and it was exciting. I had no idea that I would come to Jamaica and land a role in a movie. That was the awesome spice for me,” Jovi told The Sunday Gleaner.

Her journey to Traytown started at a Christmas party in 2019 when she met the producer and co-director, Nadean Rawlins, who just happened to mention that she was doing auditions for the film. Jovi communicated her interest, and a few months later, a star, as they say, was born. “Nadean literally just popped into my universe, and the stars aligned. I had just had my baby in November, it was Christmas, and I told myself that I wanted to go for this,” she recalled.

She got the script and bonded. The writing was good, and although the love interest involved “a scandalous love triangle”, she was intrigued. She packed her bag, headed to Jamaica for the audition and snagged the role to play the charismatic, attractive and newly-married Aria Sawyer, who is after one thing – a seat in Parliament. But the film also sees her “challenging society’s ideals of love, acceptance and womanhood”. And Jovi also got a chance to use her musical skills, as she did original music for the film and also wrote the song.

Working with Rawlins and the crew, she said, was a fantastic learning experience. “Nadean would tell me ‘Jovi, I’m still seeing you’. So, I went back and called up a few people who I consider kind of stoosh, because I had to embody them, and I had to work on that UPT accent. I told them that I needed a muse, so over a couple of lunch dates, I would watch little things like how they held the wine glass and stuff like that. But it was fun, and we all had a good laugh,” she shared.

When she saw the finished product, she was blown away and watched it a million times. “I thought it looked so cinematic. I felt really proud as I watched everybody, Gabrielle, Ramon, who played Dimitri. He was the joker on set, but when it came time to film, he was all professional. I am looking forward to the series and doing more work, maybe even getting in on the writing. It’s something that I wanted to do for a long time, but maybe I was too chicken for it,” she stated.

Traytown is written by Letay Williams and directed by Nadean Rawlins and Gareth Cobran.