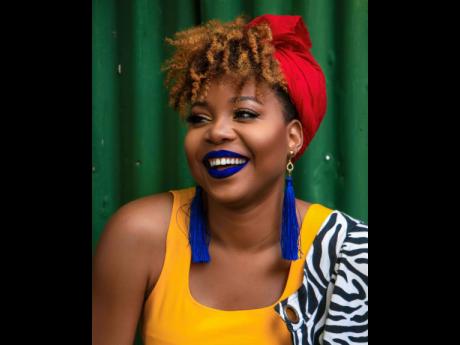 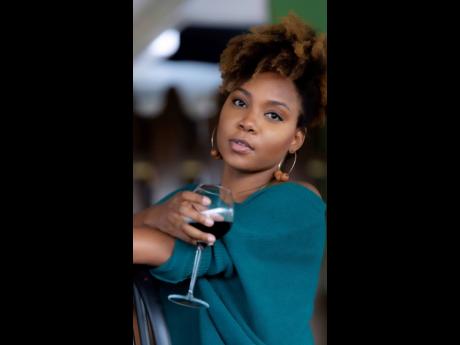 Contributed
Nain found out she had Graves’ disease in January 2017 after graduating from the University of Technology. 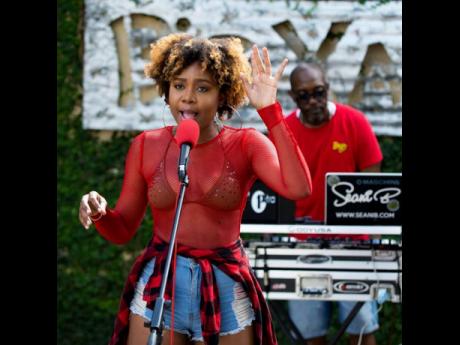 Contributed
Kim Nain’s latest song ‘Are You Ready’, produced by Frankie Music, is the first of many new singles to come.
1
2
3

Kimberly Nain has been keeping herself busy, more than one can imagine. But it’s not just music that has the singer-songwriter flipping through her notepad and checking her schedule. She is the policy director of International Health for the Ministry of Health and Wellness, and it is a job that Nain says puts her university education in the field of law to the test.

The title is as heavy as it sounds, with her main duties focused on policy development and coordination.

“I work in the office of the permanent secretary, so, anyone can imagine, just about everything that comes to my desk is of urgent priority,” Nain told The Sunday Gleaner.

“The ministry has a lot of programmes, and in working with other policy coordinators, the job is to develop, implement and make sure they are executed properly. So, I guess my eight to five does have me a little busy,” she added.

The singer said she is passionate about the role she is currently playing, as much as she is about music.

“I am doing the work in all different forms. I also want to be able to bring forth change using what I studied, which is law. I do love what I am doing now, because I can give to my country in that way not only by serving administratively but in identifying issues in the health sector and contributing to the solutions. I can’t not do my job, and I know Mondays to Fridays, I have to focus. Mind you, it doesn’t mean that I stop working after those hours,” Nain said.

“I do make time to work on music. But not in a way where I am completely forgetting my other job. I am working smart, not hard, in putting my focus where it is needed.”

The reggae artiste said she is at a point of uncertainty as it relates to focusing on just music.

She said, “I am not sure if I am at that point where I feel confident in saying music only, although there was a time I did say I wanted to do so. I don’t think I can confidently invest everything there until certain things are in place. As for bar school, that is still up in the air. Right now, I am finding a balance before I make any further decisions, especially as I am also managing my personal health,” Nain said.

Following two misdiagnoses, Nain found out she had Graves’ disease in January 2017 after graduating from the University of Technology. Graves’ disease is an autoimmune condition that results in hyperthyroidism or an overactive thyroid, and it is said to be five to 10 times more common in women than men.

“I had dropped over 40 pounds in two weeks, which people thought was just Kim Nain, the singer working on her image. Then there were the migraines and issues with my memory, very high heart rate and the arthritic pain where I couldn’t drive for four months straight, and I was developing a goitre among other symptoms,” she said. “I didn’t release music in that time, and I wasn’t on social media a lot either. But you know what, having seen the symptoms, I see why I had to stop studying and working at one point because my stress levels reached an uncontrollable peak.”

Even though the singer was experiencing all these medical symptoms for several years, it took her approximately two years to understand fully what it was she said. Nain shared, “In 2019, I landed in the hospital, a short while after I released the music video for Marijuana. I was supposed to be taking my medication, but for whatever reason, it was out of stock. I could not source some of the medications that were important to regulating my heart rate - this also caused some stress.”

Working in the health ministry keeps Nain a few steps ahead as it relates to information, and she is becoming more vocal on her condition in her realisation that many suffer from it. Award-winning rapper Missy Elliot was diagnosed with Graves’ disease in 2008 and has acted as an advocate in raising awareness.

“Everybody is free to their opinion, but I saw it important that I get my vaccine. I have an underlying condition, and I didn’t have a problem discussing what the symptoms are and that the side effects were normal for me. As a result of sharing that on social media, two persons opened up to me about having the same diagnosis and their fears of having the vaccine. I suspect there are women out there who suffer from heart conditions and may not even know it could be related to Graves’ disease,” she expressed.

There’s Kimberly Nain, and then there’s Kim Nain, one in the same person - always ready, she says to drop jaws and knows when to have those serious discussions that some are uncomfortable to have. And her latest single, Are You Ready, produced by Frankie Music, is a jaw-dropper, and is the first of many to come.

“My career, like my health, has personally influenced my love situations. Some men don’t know if they are ready, they put out the front as if they are, but when you start to date, the intention is not straightforward. I have had past suitors appear to be supportive even where it concerned my health, but when the time came, there was none, so the song is basically saying, ‘if yuh nuh want all that I offer, somebody else going be ready for it’ and that it has to be shown so I can give my all,” she said. “Music lovers can expect quite a number of new songs throughout 2021 going into 2022 as I continue to work with Frankie Music and Dale Virgo. Having connected the two, one project turned into a whole EP. Are You Ready will be on it, and You and Me featuring a top Ghanaian artiste by the name Epixode will be the next track people will hear.” Other popular tracks by Kim Nain include Up N Down, Deal Wid It, and I Am Woman.