As she rides out the pandemic, Kahris is making nostalgic music from her bedroom 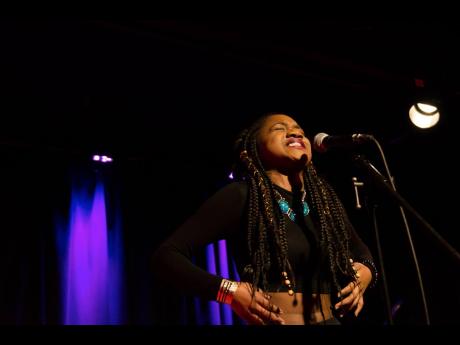 Contributed
Kahris has been building a catalogue which she hopes the world will get to experience soon – live. 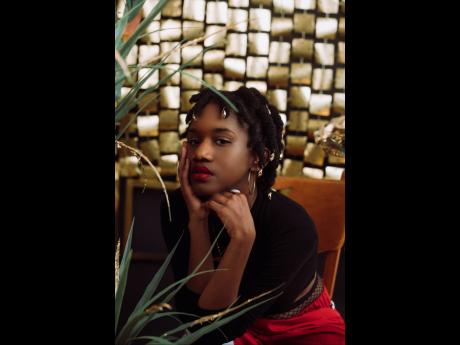 Contributed
The 23-year-old entertainer studied the music business at the Harris Institute for the Arts in Toronto. With that knowledge, she soundproofed her room and upgraded her equipment in preparation that she would be spending more time inside. 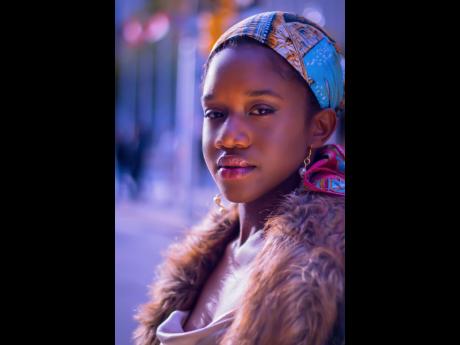 Contributed
‘Bring Me Home’ was inspired by Kahris’ desired to return home to Jamaica.
1
2
3

“A lot of people leave their homes to seek better opportunities, and so many do so, not knowing if they will return,” singer-songwriter Kahris shares. Her family moved from Jamaica to Canada in 2013. It brought with it a new environment, a different way of doing things and a lifestyle change. But years later, Kahris still finds herself yearning to be home.

She told The Sunday Gleaner, “Literally everybody I’m talking to wants to go back to their homes; persons from Lebanon to St Vincent, especially now with what’s happening there.”

It’s not a surprising pronouncement, especially with the turbulent waters many have been treading over the past year. But the 23-year-old said there were more to it than just missing home. There is a patriotic love that has become the topic of daily conversations for people living away from their families. Though Kahris describes her current situation as “lucky”, having some of her relatives around her, she admitted, “the overall conditions now require us to live in restrictive environments”.

“We’ve had quite a bit of lockdowns; there is currently a stay-at-home order in effect, and if you’re caught going somewhere that is not listed as essential, you can get fined. There are even some stores that block off aisles with items that are not considered essential,” Kahris continued.

It is not exactly the best environment for a creative who is aiming for exposure or to even break into other markets. From the comfort of her bedroom, Kahris, who not only writes and sings, but also has the technical knowledge to record and produce her own music, has been building a catalogue which she hopes the world will get to experience soon.

From 2017 to 2018, the artiste studied the music business at the Harris Institute for the Arts in Toronto. With that knowledge, she soundproofed her room and upgraded her equipment in preparation that she would be spending more time inside. “I was uncertain when this was going to end and did not want anything to hinder my work. I am also the reclusive type, so the idea to set up my room was good for me,” she shared.

Kahris is not new to music. “I recorded my first song titled Unfamiliar Melody at the age of 12,” she said. Though not from a primarily musical household, her grandmother, on her father’s side, was competent in playing the keyboard and organ. She taught her the basic theory while the rest of her family provided the support she needed.

By the time she was a teenager, Kahris was walking the streets of Toronto with her father, seeking out studios and finding inspiration in the strangest places. “My dad actively looked for recording studios; he would literally walk through the streets and search,” she recalled. “He returned to Jamaica in 2018, and it was difficult for me because he was my partner in crime, [from] issuing demos to spending [an] unbelievable number of hours in studios with me and being a major influence on my career overall, just being hands-on.”

While her mother, she described, as the cheerleader. “I put my family through sessions of home performances; after writing and putting my music [down], they would be my audience,” Kahris shared.

Her trip to Jamaica last year was important in that she was able to see her father and engage in talks of music and ideas for songs. The singer had not seen her home in seven years until February 2020 and was “happy to be able to spend two months … had I not visited, I don’t know when I would get that chance again”.

Kahris said, “Some things about Jamaica’s culture that are more familiar to me. I’m not a big foodie, but I miss the food, from the look to the variety of smells and tastes. I remember my shock, just to see the size of onions, four or five Jamaica-grown onions make one Canadian onion … oh, and the smell of scallion.”

Turning a yearning for her first home into songwriting, she created the single Bring Me Home.

“A few days after I came back on the last commercial flight out of Jamaica due to COVID-19, I ended up writing it. Then after a year of restrictions, I realised that everyone around me kept talking about going home. I knew it was time to release the track,” she said.

By blending memories with a distinct international R&B sensibility and a catchy and all-too-familiar phrase, Kahris has crafted a nostalgic tune gently metamorphosing out from the experimental bedroom studio where she has created hard drives full of demos. The song, which is the singer’s first solo release for 2021, presents a singular message of patriotic love, but she plays a wider angle.

Kahris said her own sister cannot resist singing while at work, counting down the hours to get back inside the comfort of her home, she said. It’s a pity the world has yet to experience the song in a live setting, but her team, which comprises “people who have over the years supported my journey and have interest in different areas of marketing the music,” is actively contributing to her productions while in their separate spaces.

“It’s a lot of back and forth emails,” she said, adding that “it has worked, and I even find that I have done more collaborations now than before.”

Speaking of collaborations, St Elizabeth dancehall artiste Mawga Don is featured on the remix of Bring Me Home.

“I am trying to keep on top of a lot of projects; my goal for this year is to get more of my catalogue to the listeners. Mawga Don is adding a Caribbean flavour to the song, and I want people to be able to take in all the nuances while they reminisce and celebrate home,” she said.