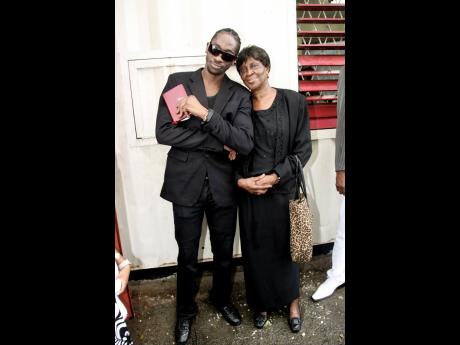 x
Bounty Killer (left) and his late mother, Ivy ‘Miss Ivy’ Williams. The deejay’s love for his mother is well-documented. He recently released a tribute song, ‘Gone But Not Forgotten’. 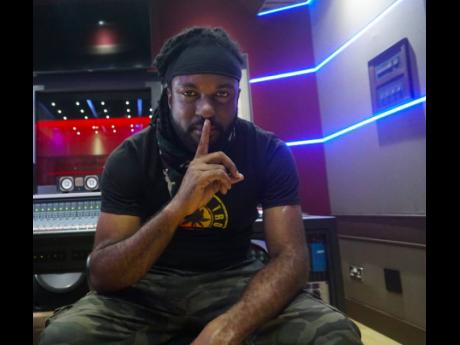 Contributed
Artiste, producer and video director G-Mac admitted with a laugh that he is, in fact, a mama’s boy. His tribute to his late mother, Ruby Smith McLean, comes in the form of the single, ‘Touched by an Angel’. 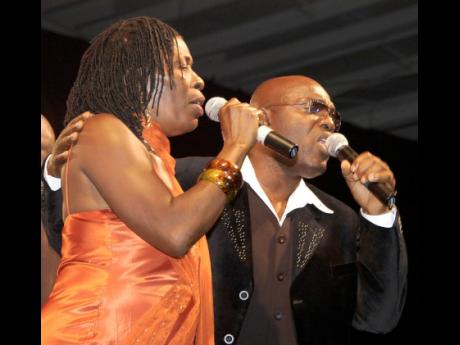 File
Richie Stephens performs with his mother, Mama Carmen, during the Take Me Away concert in May 2007. Stephens says, ‘Every day is mother’s day for me and my mom.’
1
2
3

From Garnet Silk to Vybz Kartel to Teejay, reggae and dancehall artistes have dedicated songs to their mothers, and even the grimiest artistes acknowledge that there is that one person who has their heart – mama.

A cheerful Richie Stephens told The Sunday Gleaner that he is the “poster boy of mama’s boys”. Although he will not be with his beloved mother today, as he has a Mother’s Day concert in Florida, Stephens didn’t feel the need to be remorseful.

“Every day is mother’s day for me and my mom,” Stephens said.

“I left Westmoreland at age 16 and came to Kingston. Three years later, I went back to the country for my mother, and she has been living with me ever since. Truthfully, on Mother’s Day, I am usually performing, sometimes it’s in Jamaica, but most often [it is] overseas, so we may not get to do anything special together on that particular day. However, my mother knows that she is loved and cherished every single day of the year,” Stephens added.

In 2015, he released a mama tune, For You Mama, which was a salute to all mothers, and he has also collaborated with Mama Carmen on two singles. They recorded Safe With You in 2002 and Shine in 2016.

Bounty Killer, a deejay whose love for his mother is well-documented, recently released a tribute song, Gone But Not Forgotten, to the late Miss Ivy. He said the song was written five years ago, and the ‘Poor People’s Governor’ had a message to entertainers: respect, cherish and take good care of mama while she is still around.

In the song, which is the third track on the new Reggae Vaccine compilation, Bounty sings, “Mama you gone but forgotten, cause every day I remember something that you taught me when we used to reason, you inna mi mind from season to season. I know I can’t pay you for the sacrifice that you made just to improve my life; there may be times that you had to set me right when mi a big up mi chest a gwaan like me too bright….”

Bounty, who early in his career did what is now one of his classics, Mama (She Is Not In A Good Mood), said ‘mama’ songs have a special place in his heart owing to the sentimental value.

“People love mama songs, and I enjoy doing them as this is a way of expressing the love I have and will always have for my mother, Miss Ivy. I will always be inspired by her, and that will be reflective in my songs sometimes,” he shared

Artiste, producer and video director G-Mac also has a special place carved out in his heart for his mother, and admitted with a laugh that he is, in fact, a mama’s boy. His tribute to his late mother, Ruby Smith McLean, comes in the form of the single, Touched by an Angel. For him, Mother’s Day evokes a lot of treasured memories.

“The first thing I will do [is] take a photo with my mom’s photo and reflect on those good memories I had with her when she was alive. I am also going to play my song that I wrote for her, after which I will drop off my gifts that I already purchased for my family and wish all the mothers who are my friends all over [a Happy Mother’s Day] and also send my songs to complement them all,” G-Mac told The Sunday Gleaner.