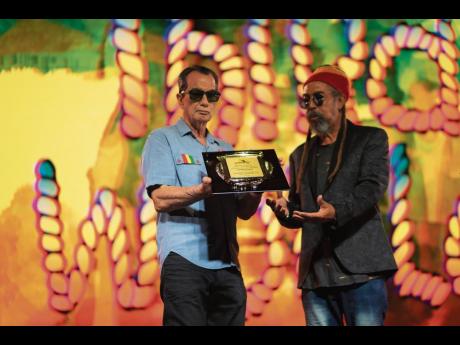 There will be no virtual staging of Reggae Sumfest, Jamaica’s premier reggae and dancehall festival, this year. However, if the entertainment sector opens up “enthusiastically”, the organisers are ready to claim the Heroes Weekend in October as their own, rather than their annual summer date in July.

With the success of that bold and expensive venture behind him, Sumfest executive producer, and chairman and CEO of Downsound Entertainment, Joe Bogdanovich, is now firmly focused on the 2021 concept of the annual reggae festival.

“The pandemic is still on, and we [Jamaica] still don’t have enough vaccines, so therein lies the issue. We are looking at October, Heroes Day weekend, to stage Reggae Sumfest and want to do it live, whether it’s 2,000 people or 20,000 per night. There is no money in the virtual, and people are not really liking it so much, especially with other countries opening up,” he said.

In addition to Bogdanovich not being interested in the world of virtual reality, there are no plans to ditch Jamaica and take the festival overseas.

He added, “People are calling from all over the world asking if we are keeping the festival in Jamaica. There is a lot of caution to open up entertainment enthusiastically, but America is open, lots of other countries are open. However, we are not running off to Florida like some people. It’s our music, our festival, our roots,” Bogdanovich said, throwing a bit of shade, with his voice beaming as he casually recited Reggae Sumfest’s patriotic tagline.

Bogdanovich told The Gleaner that he and his team have been ready since March to get into full production mode for the 2021 staging of Reggae Sumfest and that he has been patiently waiting for some positive word, even as the sector remains padlocked.

The festival organiser says he is seeking a meeting with the powers that be while doing “lots of things to keep dancehall alive”. One venture has been Dancehall Life with former Team Spice dancers Tashlicka ‘Pretty Pretty’ Laird, Keticia ‘TC’ Chatman and Christina ‘Dancing Rebel’ Nelson.

The YouTube series, which trended upon making its début a few weeks ago, is executively produced by Bogdanovich via Downsound Entertainment.

DownSound Entertainment streamed the virtual version of Reggae Sumfest 2020 with all-new live performances and content on Friday and Saturday nights of July 24 and 25.