Tai-C steps out with ‘I Am Here’ 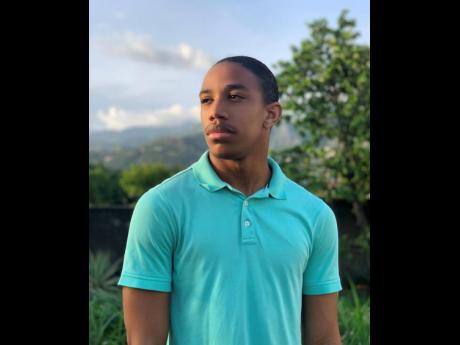 Contributed
Joshua Craigie is taking a different leap into the music and entertainment industry. 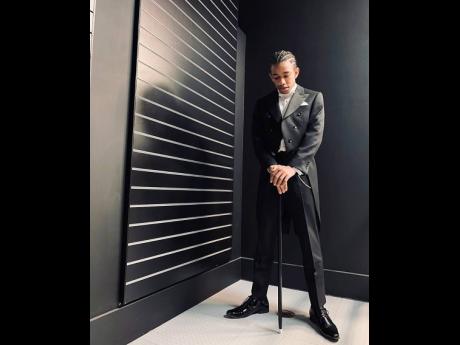 Contributed
Tai-C said he always saw dance as a career, but now he’s seeing things differently, and wants to pursue music as well. 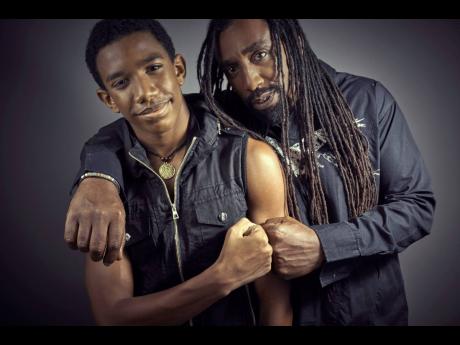 A former student of dance, Joshua Craigie, who is going by the name Tai-C, finds himself taking a different leap than what he is used to. One into the music and entertainment industry not long after earning his UAL Level Three Extended Diploma in Dance from The BRIT School in the UK. As the son of veteran reggae singer Valton ‘VC’ Craigie, he has always been exposed to the music and recording industry and, in the past, has collaborated with his father on projects but, “if he had told me I would be doing it professionally a few years ago, I would not believe a word,” Tai-C told The Sunday Gleaner in a recent interview.

“I always saw dance as my career, but after a long and thorough heart-to-heart with my dad, a few things became clear,” he added.

The dancer-turned-recording artiste says that he thrives on seeing people physically in front of him, moving, in order to learn, but in a matter of one year, he experienced a shift to songwriting being confined to the walls of his home, and it gave birth to Tai-C.

“I kind of lost the passion and determination to make a career out of dance alone. I also found when it got difficult, I often poured my feelings into music and surprised myself with the calibre of songs that I was creating,” he said. “My father has given me the validation for me to say that I am ready to follow in his footsteps. He is supporting and investing in me.”

In 2016, the father and son emerged as a duo on a remake of the Danish Band Lukas Graham’s big hit, 7 Years, but the young Craigie had no clue what VC was setting him up for. “I didn’t take it seriously; it was for fun,” Tai-C said.

But, he has matured in the five years. Tai-C’s mixes reggae and rhythm and blues in his single I Am Here, which he said is inspired by a friend, who he wanted to be in Jamaica with to act as a shoulder for her to lean on while he was completing studies in the UK.

He said, “I was left speechless, and knew I could not find the words to say in that exact moment, and thought the only thing I could do to help is to be back home. The conversations were filled with hopelessness and became unbearable, and that’s when I put on paper what I would want people to say if it was me and it transformed into something life-changing.”

The track is produced by Rupert Bent III. Tai-C said he was honoured to work with as a professional who has worked with the likes of dancehall superstar Sean Paul in the early stages of his career. The next track he plans to release is poles apart from I Am Here, having a more upbeat dance tempo. It is titled I Live My Life. Dance will always be a part of the up-and-coming singer’s life and performances, as he envisions dancing onstage, performing one of his original tracks with backup dancers.

“My music is going to be an emotional roller coaster; because I am showing individuals of my generation that good can come out of self-expression and showing a little bit of vulnerability. The sound may not be similar to what my father produced throughout his career, but he does approve so, I am taking it one step at a time, even if that means placing dance in the back seat for now. I am only one person, but I do imagine performing concerts with choreography and all,” he said.

The stage name chosen sounds like a sort of tribute to VC. However, further, in the interview, Tai-C explains that it is a play on multiple elements, including a personal belief in the powers of Ying and Yang.

“A major aspect of my core beliefs is the symbolism of Ying and Yang; I also follow the practice of Tai Chi, and my middle name is Tyson. Originally, my first name was to be Tyson, but my father said he got a dream, and it then became Joshua, so I am paying homage to that foundation,” Tai-C shared.

Valton ‘VC’ Craigie has nothing but praise for his son. “The birth of Tai-C is such an incredible source of pride for me, and to hear the quality of music he is coming up with is the thing I am most proud of,” VC told The Sunday Gleaner.

The reggae artiste, who became popular for his breakout single By His Deeds, said that his son’s latest track is the type of music the world, particularly the younger generation, needs to hear.

He said that the youth, like adults, have their own struggles with a mix of emotions.

May being Mental Health Awareness Month, VC pointed out, “the song we are promoting is very relevant. The mental health of our people is a concern, and it is something that comes out in I Am Here.”

“This is about making people aware that if you are in need of a listening ear, someone does exist. A lot of persons, especially males, because of how we are socialised, have that person but don’t utilise them. The first step is asking for help, and that’s the message Tai-C has started out with,” he continued.