MUJ to continue altruism; sets sights on master’s and make-up contract in future 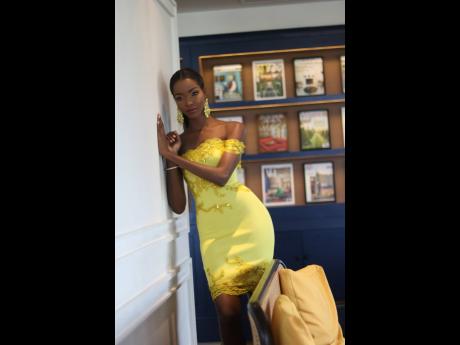 Contributed
Williams will take some much-needed rest before jumping into her duties, which includes her Bloom initiative and work with the Office of the Children’s Advocate, for which she is an official ambassador, and the Jamaican Mental Health Advocacy Network. 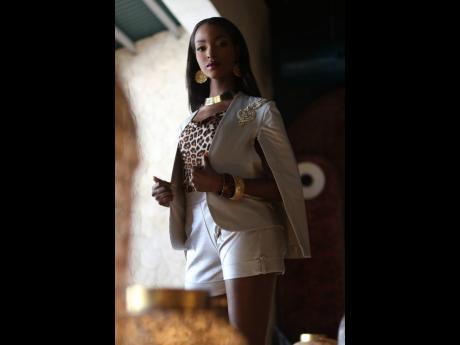 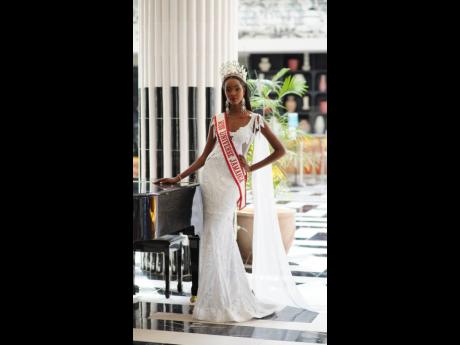 Contributed
The Jamaican beauty said she was ‘extremely disappointed’ when she did not make it to the top five of the Miss Universe pageant but that she is ready to make an impact and use and build her growing platform. 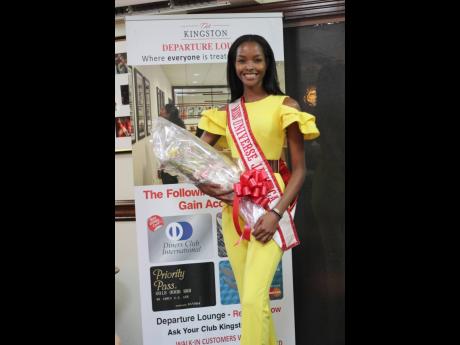 File
Miss Universe Jamaica Miqueal-Symone Williams arrives at the Normal Manley International Airport in Kingston last Thursday after competing at the 69th Miss Universe pageant, which was held at the Seminole Hard Rock Hotel & Casino in Hollywood, Florida, on Sunday, May 16.
1
2
3
4

Miss Universe Jamaica Miqueal-Symone Williams is looking to rest and recharge after competing in the 69th Miss Universe pageant. Williams, who is also a Pulse International model, returned to the island last Thursday and is expected to quarantine for the next two weeks. This is time she will use for much-needed rest.

“It was a very gruelling 10 days. Personally, I am one individual who believes rest and self-care are important. I always say, you will be dramatically less productive if you tire yourself out. So, for the next two weeks, the focus will be all about rest, recuperation, and Netflix. After that, I’m back into the grind immediately,” she told The Gleaner.

Williams, who was hoping to inherit the crown from the outgoing queen, Zozibini Tunzi, said she was “extremely disappointed” when she did not make it to the top five of the Miss Universe pageant and achieve what she had set out to do over three years. The Jamaican representative exited the competition in the top 10, where her name was the first announced for the top 10 finalists.

“After the initial feelings of hurt, I decided to hold on to the fact that I believe in myself and I am still capable. Now, I have the opportunity to show persons that even though we may not get what we want, we have what we need,” the St Andrew-born-and-raised beauty said.

She added: “The fact that I didn’t win the competition doesn’t change who I am, how capable I am, and how impactful I am and aim to be. I am endlessly grateful to have the support of my country and so many other persons who see the potential in me.”

One of the first tasks Miss Universe Jamaica 2020 will be dedicating time to is her Bloom initiative. She is also affiliated with the Office of the Children’s Advocate, for which she is an official ambassador, and the Jamaican Mental Health Advocacy Network, two organisations whose work is fully aligned with the core advocacies about which Williams is passionate.

She explained that she has turned her trials into triumphs throughout her career, working as an advocate for mental-health awareness. “I have had my own battles with mental health through the death of my mother and even with the stresses of my modelling career. So these are stories I plan to continue to use and share with others so that they know they are not alone with how they feel – good or bad,” Williams said.

The model plans to use her larger social media following (over 26,000 on Instagram) to her advantage and spread awareness. “I always knew I wanted my reign to be different and impactful. I will continue my work in mental health throughout my reign and afterwards. I’ve started some great partnerships, and I’m looking forward to delving into these partnerships with tenacity,” Williams said, noting at the same time that she has learnt a great deal about balancing her career as an international model, public figure, and responsible citizen of Jamaica.

“I’m sure I will be able to balance my career and altruism. It is all about self-organisation, which I have learnt a great deal about through university and my preparation for the Miss Universe competition. With this new chapter of my life, I’m entering with confidence, a hard-working spirit, a willingness to learn and the help and support of my Miss Universe Jamaica team, our sponsors, and my country,” she said.

Williams also hopes to pursue a master’s degree in international marketing but says that she is “content with seeing where life takes me”. “To be honest, I’m not completely sure. I’ve set my goals, but I’m also open to the fact they may change, and things may look different a year from now. Whereas modelling is concerned, my biggest goal is to get a make-up contract – maybe L’Oréal or Maybelline – so if they’re reading this, send positive energy and prayers my way,” she continued.

The local Miss Universe organisation said supporters should not expect anything less than greatness from Williams. “They can expect a lot of great things from her,” said co-franchise holder Mark McDermoth, adding that the organisation is fully committed to continuing the journey with Williams in her advocacies now that she has returned to reign as the current Miss Universe Jamaica and execute her duties under the title. “Miqueal arrested us with her beauty the first day we met her in 2017, coincidentally, making her way to the audition then. Even after withdrawing from the competition, she would always tell us she was coming back, and that she did, and took the crown,” McDermoth said.

“I think because she had such a tremendous impact on us that very first day and proved that she was not an act, but what we saw was what we got – a really decent young lady who was very respectful, eager to learn and grow, so humble and appreciative of even the little things done on her behalf. This endeared us to her, and so we formed a special bond, which got even closer with the intense training programme. We remain one hundred per cent behind her in all her endeavours,” he continued on behalf of the Miss Universe Jamaica team.