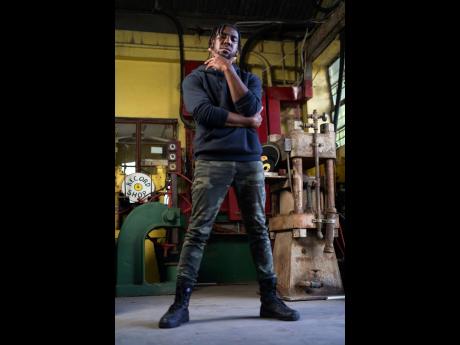 Contributed
King Cruff has been nominated for the second time for the Forest City London Music Awards. 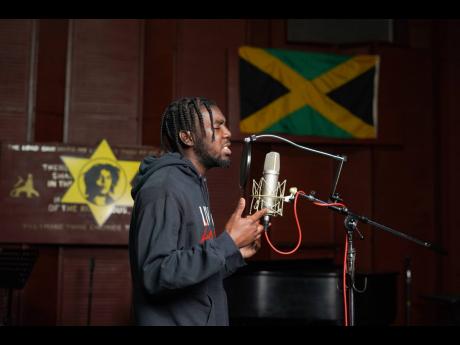 Contributed
The rapper shared that reggae music plays a big role in his flow. 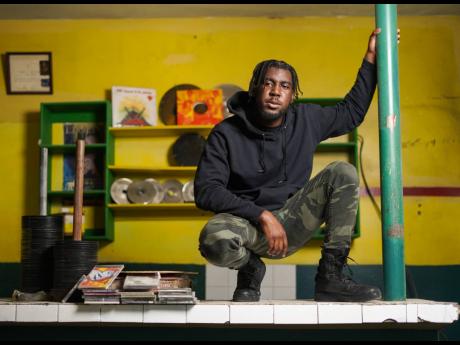 Contributed
In hip-hop and rap circles in Canada, Solomon Marley-Spence is known as ‘King Cruff’. 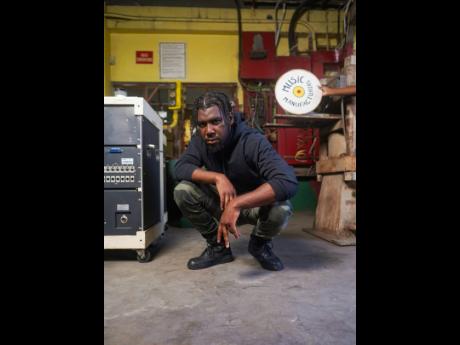 Contributed
From a musical family, King Cruff said he began to take music seriously at the age of 18.
1
2
3
4

Hitting high notes on a meticulously constructed reggae rhythm was a childhood dream for Solomon Marley-Spence, having been raised in a family of deep musical history like his own. But ask if he has found the key to harmonising a soulful tune, and he will unashamedly disclose, “I can’t sing.”

However, the recently turned 24-year-old discovered early that he could rhythmically chant story-driven bars that were similarly rich in lyricism and emotion to any roots-reggae song. This has helped him to break barriers through sound experimentation that was also stimulated by rap music.

“I’ve done things people haven’t done before on a local level. I feel like before it was writing short stories and drawing comics – having an imagination – to have something to tell, and after a while, I gravitated to music because there was something about how it manipulates people’s mood, that’s one of the best ways to convey a story,” said the recording artiste, who relocated to London, Ontario in Canada from Jamaica.

In hip-hop and rap circles in Canada, Marley-Spence is known as ‘King Cruff’, which sometimes attracts raised eyebrows for those who know the connotation of the latter. The derivation of the name King Cruff, he says, is a little more complexed. To him, the name is a statement of duality between having the potential to be the best at what he does while mystifying the critics.

“We all know being called a ‘cruff’ isn’t the best word. In our Jamaican dialect, it is used to classify someone as having no priority, no goals, or even style. For me, whenever I was called that, it was like they were trying to invalidate my uniqueness to make me feel like I wasn’t worth anything when really, I did have a purpose and so much to offer,” King Cruff told The Gleaner.

He added, “Many times, people don’t take the time to try and understand a person’s individuality. Instead, they only look at it and take it for surface value. So, when I adopted the name King Cruff, I was trying to represent a balance between one’s purpose and another person’s perception of that word which is derogatory to mean something like a complete waste man, when in fact, everyone has potential, and it’s about where you want to be on that spectrum.”

The artiste has been exposed to the music industry from in the womb but revealed that he only started taking the career seriously at the age of 18 when he first journeyed to Canada. Reminiscing on the formative years of his career, King Cruff mulls over his talent for writing, which he claims to have used to complete a science project during high school; meanwhile, he gives Kingston credit for influencing his aspirations and to his parents for instilling the attitude “of maintaining a strong work ethic, that it’s not about favours or making a lot of money”.

As students, we were often challenged to be creative with projects, he said. “This would spill into after-school activities when as young people, we get together and just write lyrics for fun, but it paid off in science class. At that age, I was amazed by how a writer could take words that don’t even rhyme, but based on how the words were delivered, it could create a catching sonnet that sounded as though it rhymed,” King Cruff expressed.

“The growing up on Skyline Drive, where a lot of artistes like Chronixx, Keznamdi, and Kabaka Pyramid come through, and with the beautiful backdrop of Kingston, it was the sounds, the energy, and that attitude and determination to protect your own – there’s a spirit of community and love. I was inspired by the hustle; everyone was out there doing what they could do to get their food, and that perseverance is forever engrained in me. Especially now, being away from Jamaica and in a country where you have to hustle, and hustling is done and perceived differently,” he continued.

Looking back, the emerging rapper never imagined he would be where he is now, nominated for the second time for the Forest City London Music Awards (FCLMA), but he worked hard to reach there. The gala awards take place throughout this week. He has been nominated in the hip hop category going up against other Canadian local acts: TYPO, SUM-01, Ngajuana, Exit Only, and Strange Breed for the title of Best Rap/Hip Hop Artiste.

The new rap movement in Canada is ever-changing with the likes of Tory Lanez, Drake, and The Weeknd pioneering an oft-imitated sound, while others like former poet laureate Cadence Weapon, whose explosive flow brought the underground scene to the fore, and Sean Leon, who has caught the attention of internationally acclaimed acts like Pharrell Williams and Daniel Caesar. In the meantime, King Cruff is spreading his roots and forming new branches with his music, songs like Blackberry Groove, Let Me Forget, Imitation Game featuring Nati and TYPO, Medusa Wig, and Cold, the latest collaboration which features Amanda Movio, where he also shows a more personal side of himself.

The rapper shared, “When it comes to the influence, reggae plays a role in my flow – the way I structure words – that makes people here be like, ‘Where does that come from?’ and the answer is simple, from listening to Chronixx and Damian Marley. Those little ideas of putting in catchphrases and adding that Caribbean sauce sets me apart.”

Having been laid off during the pandemic from his day job, he says he does not feel like he is doing much. He also admitted to experiencing “writer’s block” and needing to take a step back to focus.

“I recorded so much during the lockdown, meaning studio sessions back to back, that was somewhat creatively demanding. The pandemic also plays a part in it, and not being around people, but there is inspiration to be had through being locked inside – the pain and passion that can be conveyed through those emotions. Some good songs were coming out of those sessions, but they weren’t good in the sense that they were not what I wanted. It’s not a concern about dropping something and if it hits but more than anything for it to break the mould, by being as vulnerable as possible to relate to people and to redefine the space,” King Cruff said.