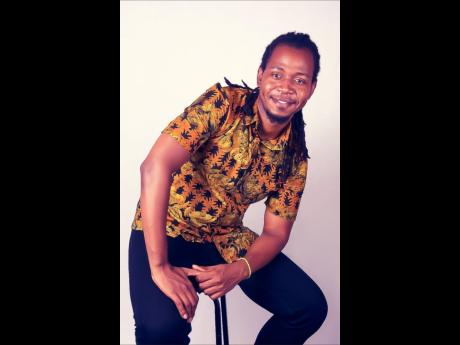 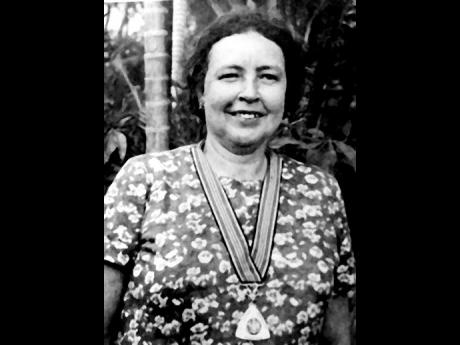 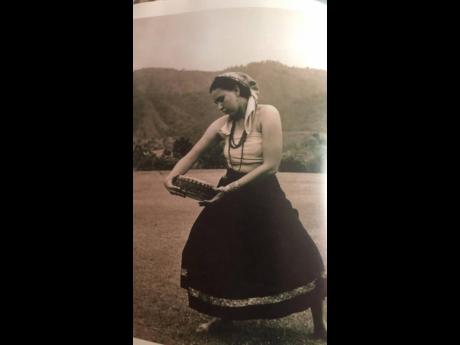 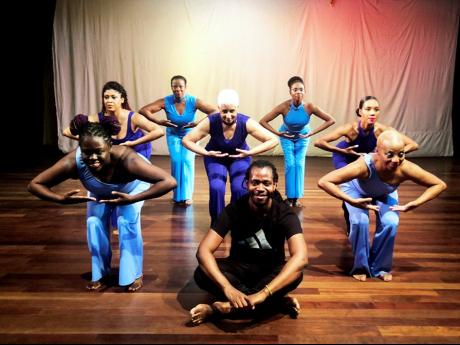 Contributed
A choreographer is nothing without dancers, and Johnson was honoured to be joined by this esteemed set of women to pay homage to Ivy Baxter. They are (front row, from left) Carreen Walton and Jacqueline Logan; (middle row, from left) Neila Ebanks, Paula Shaw and Dr Terri-Karell Reid; (back row, from left) Nicole Baine and Keita-Marie Chamberlain Clarke.
1
2
3
4

Shaping minds and bodies through movement, Ivy Baxter is the foremother of modern contemporary dance in Jamaica. Now, her rich history will be told in a documentary by Johnnoy Johnson. A dancer, Johnson said it was important for him to share the story of Baxter in a documentary, highlighting her magnificent talent and tremendous contributions to the development of the arts through the lives of those she impacted over the years.

Baxter was born in the 1920s. Hailing from Spanish Town, St Catherine, she shifted the performing arts landscape and was the first person to bring Jamaican traditional drumming and dancing to the main stage. Responsible for training two international sensations in dance, Clive Thompson and Garth Fagan, Baxter also introduced the late Professor Rex Nettleford to creative and modern dance. She planted a tree of dance, which grew when she created her dance group – the Ivy Baxter Dance Group — in 1950. From there, founding members branched out to form their own creative bodies, including National Dance Theatre Company, Stella Maris Dance Ensemble and Edna Manley College of the Visual and Performing Arts’ School of Dance, along with a host of others. She even became an author when she wrote the book titled Arts of an Island, which examines local culture from the era of the Tainos all the way to Independence.

Most of the pioneers of dance, like the ones previously mentioned and Barbara Requa, were positively influenced by her tutelage and work. Wherever this genre of dance is being practised on the island, chances are the movement is somehow connected to the history of the woman who started it all.

Johnson was initially fascinated when he was introduced to her name while attending Excelsior Community College in 2009. Compelled to explore more about her dance journey, his studies compared Baxter to the likes of Isadora Duncan, the barefoot American dancer of North America and Europe. It marked as a fitting juxtaposition since the Jamaican dancer was instrumental to the barefoot dance movement of the island. He described that learning experience as educational, eye-opening and something he believed many local modern contemporary dancers of today take for granted.

“We take our dancing for granted, not knowing what others put in. And Ivy Baxter had put in a great amount of work for us to even have a modern dance movement in this country. It was very inspiring and very humbling to know that what she did allows me to call myself a dancer,” the dancer and choreographer told The Gleaner in a recent interview.

Armed with knowledge, passion and exuberance, he transferred his energies to film and production, recruiting persons with a modern contemporary dance background to speak about her vibrant and thriving career. To take this homage one step further, he chose seven women from different professions to come together in dance, choreographing a piece of work that celebrates this phenomenal powerhouse.

The women include Dr Terri-Karelle Reid, media services specialist; Keita-Marie Chamberlain Clarke, attorney-at-law; Jacqueline Logan, director of special assignments at the Ministry of Finance; Paula Shaw, administrative manager at Paul Goldson & Company; Carreen Walton, owner of DanceFyah; Nicole Baine, administration and communications officer at Incrementic; and Neila Ebanks, dancer-choreographer and academic. “The feedback from the teaser has been amazing. People are excited and looking out for the documentary,” he revealed.

With plans for a late June release, Johnson hopes that viewers will walk away from the film with a greater understanding and appreciation for Baxter, “I want dancers and the public to know about Ivy Baxter; to learn about this great lady and the different lives and spaces that she has impacted.”