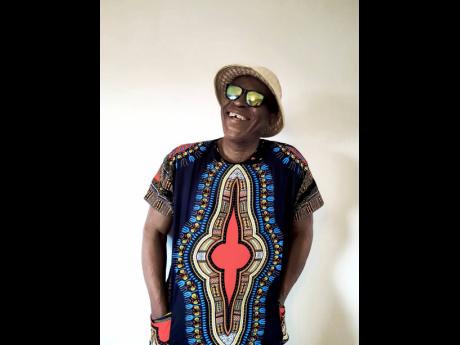 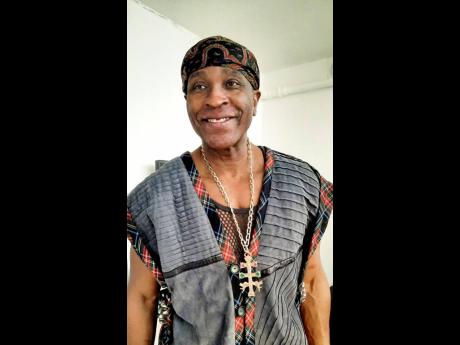 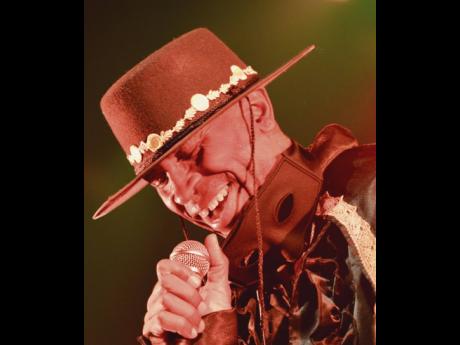 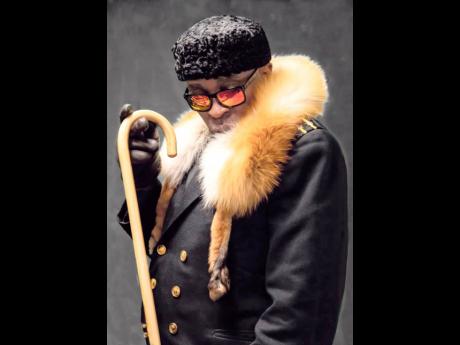 Bang bang billy beng beng bang ding dilly bidi bong bong didi dong dong. Once you hear those almost hypnotically bizarre sounds, it can mean only one thing, Eek! there’s a mouse in the house! And his name is Eek-A-Mouse, the entertainer who for decades has been seamlessly knitting together his outlandish outfits, strange melodies and showstopping performances.

Eek-A-Mouse, whose real name is Ripton Joseph Hylton, is one of the earliest artistes to be described as a singjay, and has even been said to have created ‘singjaying’, but such titles he does not readily embrace.

His mantra is, “My sound is unique”.

“My sound will never get old, and my fans are even getting younger. Bang bang diddy bang bang,” he told The Gleaner.

Eek-A-Mouse began his music career when he was in college, releasing two roots reggae singles under his own name. He adopted the stage name Eek-A-Mouse in 1979, the same year he had his breakout hits Once a Virgin and the blockbuster Wah Do Dem, which topped Jamaican charts for several weeks. He has had a stable career which has seen him touring the world, especially Europe, where he enjoys a solid fan base.

The artiste has had his share of fame and fortune, as well as legal issues, which has seen him initially charged with felony rape after an incident in North Carolina. However, he was released after a plea agreement, having pleaded “no contest” to misdemeanour charges for assault on a female and attempted crime against nature, with his time already spent in prison covering his sentence.

“That was all a set-up because of who I am. I got a five-year ban from 2013-2018, so I am getting ready to apply for my visa now,” he said from his residence in Sweden. Five Questions With caught up with him as he prepared to release his latest single.

What have you been up to?

(Laughs) Just ‘mousing’ around. I will be releasing a new single on Friday, titled Still Smuggling, on VP Records label. I have a big weed song from back in the day titled Ganja Smuggling. Then on the 25th, it will be another single, Dem A Parasite. I am back on VP. Some people did bad-mouth me, but it’s all good again.

When was your last performance in Jamaica, and how memorable was it?

I performed at the Marcus Garvey Festival in Ocho Rios in August 2015 and also at GT Taylor Christmas Reggae Extravaganza in Black River, St Elizabeth, that same year. I did a good show at the first one, but a ting reach me at the other show. GT Taylor seh ‘Mouse, be at the venue by 6 p.m.’ I was there at five and all now I don’t get to perform. At 1:30, Beenie Man go on stage and start call up a whole heap a artiste, and when I go check, the engineer him tell me she a dem a close the show. But him do that because a ting did gwaan at a show in California that I did have to fling away the mic and walk off stage.

What effect has your unique name had on your career?

Eek-A-Mouse was also the name of a racehorse. When I go on stage, and people see me standing at 6 foot 6 inches dem always laugh and seh ‘Is a rat that.’ Bob Marley and Diligin call me Eek-A-Lion. This name is one that the kids love, and Eek-A-Mouse should really be a popular cartoon character by now if it was marketed in the right and proper way. Warner Bros even tried to buy my name. I went into a big meeting and was offered a six-figure deal, but I would not be able to use the name again. So I walked away from it.

Many reggae artistes complain about not receiving royalties and other compensation due to them. What has been your experience?

I never had those issues because I never sign any contract with people who can’t read and write. Early in my career, I sign up with PRS, but later on, I had some management issues and get to realise that they were collecting my royalties because they say I’m a spendthrift. I will go in a store and see a wicked leather jacket for $6,000 and buy it. I love shopping but ah my money me ah spend.

Do you like the new music coming out of Jamaica?

I love it! The trap music have a audience. The young people dem love it. Mek dem gwaan do dem ting. Me hear some Rasta a cuss it, but Rasta don’t own nuh music. Reggae a nuh Rasta music because when Bob Marley did a sing, dem same one use to call Bob ‘men’ because dem seh him pants tight pon him. And, nuh Bobo never in the music at that time.