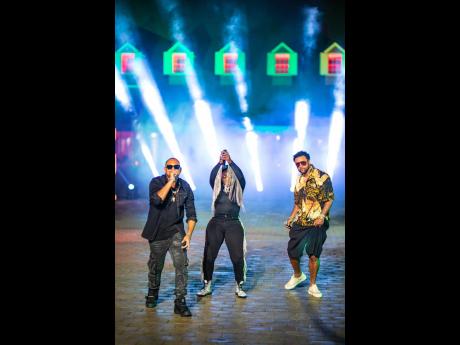 Contributed
From left: Sean Paul, Spice and Shaggy perform during the shoot for their appearance on ‘Jimmy Kimmel Live!’. 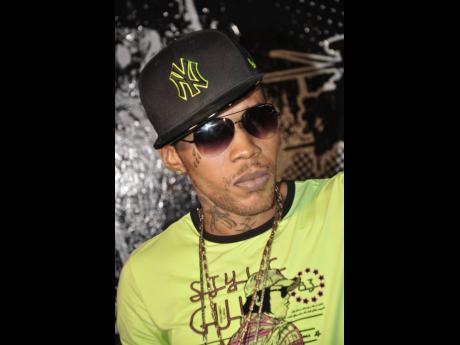 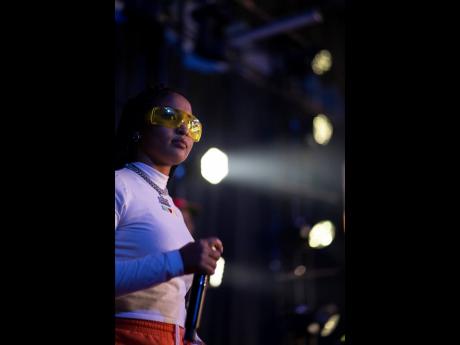 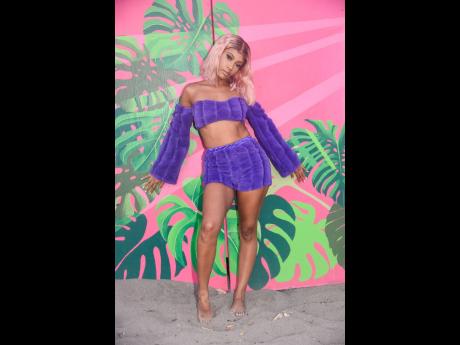 What a confounding week it was, but it certainly lived up to the saying, ‘never a dull moment in dancehall’. Fake tats, fake pregnancies, fake conversion and baptism … where to start?

Okay, so last week Friday, the artiste with the sweet name, Honey Milan, told THE STAR that the tattoo scrawled big and bold across her forehead, spelling the word Skillibeng, was real. WHAT!? It so happens that Honey Milan and Skilli have a collab titled Chappa Gyal, and in true dancehall style, fans started speculating that the two were an item. Then came the tattoo, which persons dismissed as a publicity stunt, a la Alkaline and the fake eye tattoo some years ago.

“For the people that are saying it’s a publicity stunt, I would like to say to them, ‘Good day to you’ and those who stare, I am just going to stare back. My fans who know me or love me, dem nah say nutten ‘bout the tattoo, it’s the outsiders,” Honey Milan hit back in the article.

But, a few days later, enter influencer and artiste, Gold Gad, to put the tats in perspective. Using two different pictures of Honey Milan, sporting the same tattoo, he pointed out, using arrows, that the tattoos seemed rather agile and shifted position on her forehead. His caption was a cryptic, “Thank me later, bye.”

Following that, the term “yam head” was bandied about in online posts. But, there is another twist in the saga. On Thursday, the Chappa Gyal posted a video in which she is seen wiping the ‘Skillibeng’ inking off her forehead. Honey Milan, “Good day to you,” the PR stunt has seemingly worked.

NO TRUTH TO PREGNANCY RUMOURS

Before persons could catch their collective breaths, there came the story that dancehall princess, Shenseea, was pregnant for Drake. Again, fake news. And this took on a life of its own, landing on the pages of international tabloid, The Sun, which went in-depth to explain how the rumour started. ‘Is Shenseea pregnant? Truth behind Drake rumours explained’, the tabloid titled the article, which threw the blame on the website which had originally posted the fake news back in April, but which was allegedly just picked up by a Bahamian radio station.

Neither Shenseea’s nor Drake’s camp has responded, but the latest story floating around is that the two have a collab in the works, and fans are wondering if the fake pregnancy was a way to ramp up promotion for the alleged collab.

Also, this week, reports of Vybz Kartel’s impending conversion to Christianity took over the real and the virtual spaces. A letter surfaced, purportedly written by Kartel, claiming that he was born again. But, it would seem that it was the same letter that had made the rounds in 2017 that was brushed off and doing some damage again. Kartel grabbed the headlines in a major way, with even clergy weighing in on the real possibility and what it would mean for their ministry.

But, in what was surely déjà vu for Kartel, his current attorney, Isat Buchanan, dismissed it all as a hoax. In 2017, his then-attorney, Miguel Lorne, had also come forward to state that the letter was fake.

And ... while dancehall in Jamaica was obsessing over ‘fakery’, Spice, Sean Paul and Shaggy were busy putting the genre and Brand Jamaica front and centre on US prime time television.