Family is one of Yaksta’s greatest ‘assets’

Entertainer learning from his son, planning for more children 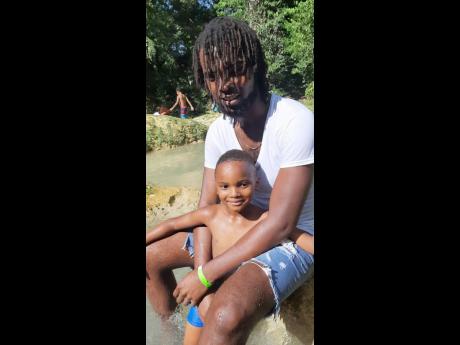 Contributed
Yaksta capitalises on the time he spends with Ahjza, who is now five years old, taking him for walks, drives and to the river to swim. 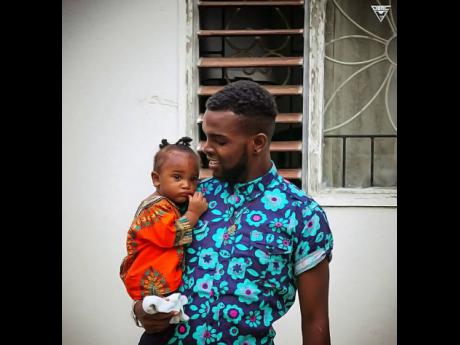 Contributed
Reggae-dancehall rising star Yaksta is filled with humility and joy as he looks at Ahjza at nine months old.
1
2

He may have planned for Ahjza’s birth, but Kemaul ‘Yaksta’ Martin was not prepared for all the challenges having a child would bring, and could not expect the “mature man” that his son would develop into, now, at the age of just five. According to the fast-rising recording artiste, the idea of becoming a father was, at first, exciting.

“It was a moment I anticipated – to finally come off the gelding truck, as Jamaicans would say. People could no longer say me water nuh have nuh use,” Yaksta told The Gleaner.

He added, “I had planned for my first child and on fathering a son, but the trauma that comes with pregnancy, one has to be strong-minded to not break or get frustrated and leave.”

Recalling the months leading up to the birthdate, Yaksta said it was a difficult time emotionally, but he did not allow it to cause a rift between himself and Ahjza’s mother.

“Through the pregnancy, him mother start to cuss me off for everything, but I understood that the hormones being released, the pain was the cause for the pandemonium of emotions. It was important that, as a father, I was there to cook for her, rub her feet, wash the clothes and take on all the chores she would normally do, as it was me and her living alone in Montego Bay at the time,” he said.

The Ambition star is not bothered by the lack of policies in the workplace to safeguard fathers who have to take on a heavy role as not only the provider of a household but for the patriarchs who find themselves in situations like his. “When it came on to balancing work and being a new dad, the challenges increased 100 times, but I had to make sure I helped with whatever I could before going to work because, if I left, she could not get on and off the bed. It started to affect my punctuality, and I even received a suspension [at work].”

Yaksta said he has found that there is not enough time in the day for him to spend with his son. With the launch of his recording career and other business ventures, he finds himself missing out on day-to-day activities.

“I have to be truthful, I am not so much present now as I was back then. Even when I am home, I have to be working. Sometimes we take time for a drive out and reason with him daily about life. He is a youth that is in favour of his mom, though, [so, I am] personally, doing whatever I can. Whenever him rally round, I try to capitalise on the time we spend — from playing games to [watching] cartoons, not movies, because I am not a person who can sit for too long,” Yaksta shared.

“Education is part of the routine, and I make sure that is provided for. He likes to learn, and he is becoming more versed in reading. We have someone who cares for him now that his mother and I are busy with work creating a stable financial future for him. Call it that I am one of his teachers because I teach him the value of family, some of which I never knew while growing up, and teach him to appreciate the small things which often have a big impact,” he continued.

In return, Ahjza has taught Yaksta “fi leggo slack music”. Over the past two years, he says he has deleted 114 songs off YouTube out of a catalogue of approximately 195 in total.

“My son was just about to turn five years old when he told me some of my tracks were not going anywhere. We were listening to Boogie Woogie when another one in the playlist titled In and Out came on, and I only hear when him say, ‘Dat might sound good Daddy, but dem nah go nuhweh’,” the 27-year-old explained.

He further explained, it was the valuable lesson he needed to take his career in the right direction.

“Ahjza’s thought process was mature. In that instant, I was a little surprised. He also said I should listen to Koffee’s Toast and Baby Shark, that ‘those were good music’. Each of the songs I ended up removing probably had anywhere in between 4,000 - 40,000 views, which added up to four million in entirety, but Ambition topped all of that,” he said, adding that it is one of the outspoken and talkative toddler’s favourites along with Assets and the latest, Emotions, a collaboration with Nation Boss.

Yaksta also says there is a collaboration with his son in the pipeline, as he shows him the ropes with recording.

“He remains one of my greatest achievements, but you can count on me to go for a second child. I will take the time to plan again and properly because I feel like I want the rest of my children to be girls (because I want more attention). It’s not the right time to have more children, though. I continue to invest in him; many persons say he has a good voice and has the potential to turn a singer, and he spends time with me when I am writing new music. So let’s see if we have a track out together soon,” he said.