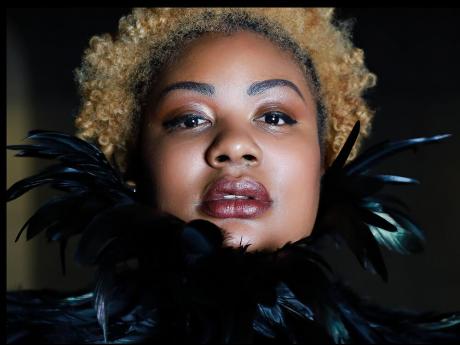 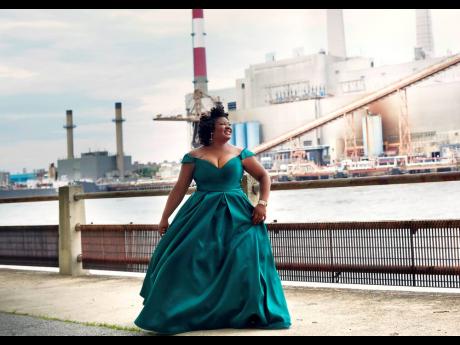 Contributed
Bryce-Davis received the prestigious George London Award in 2018 and is the 2017 first-place and audience prize-winner of the Concorso Lirico Internazionale di Portofino competition.
1
2

Mezzo-soprano and international opera star Raehann Bryce-Davis, although born in Mexico, is totally connected to her Jamaican heritage, and she wouldn't want it any other way. Filled with a zest for life that breathes with her every note, the multi-award-winning Bryce-Davis received the prestigious George London Award in 2018 and is the 2017 first-place and audience prize-winner of the Concorso Lirico Internazionale di Portofino competition. She will be a featured performer at this year's virtual staging of Classics in June, the annual charity fundraising concert to be held today, on Father's Day.

She recently told The Gleaner a little about her Jamaican connection and the fascinating stuff of which she is made. "So, my parents are Jamaicans. My dad is from Spanish Town; my mom is from Kingston. After getting married, they moved to Canada, where my dad studied biochemistry at the University of Waterloo, and my two older sisters were born. While waiting to get papers to come to the USA, he heard about a medical school in Montemorelos, Mexico, and he took his little family down to Mexico! My mom was a bilingual education teacher in Jamaica, so she already spoke Spanish, but he was literally learning the language while attending medical school. I popped out in his third year of school! So, for the first half of my life, we would travel as a family with as many as four passports from different countries," she explained.

Lucky for her, her family kept their bond with the island and would often visit for big occasions such as weddings and funerals, and in addition, her medical doctor father did an internship at a hospital in Mandeville, where they lived for a year. That connection was instrumental in her decision to explore Jamaica on her own as soon as she was able. It turned out to be more than she could have wished for.

"When I graduated from Manhattan School of Music, I decided to go on a 'heritage' tour and went back to Jamaica by myself. All of my experiences previous to that had been those facilitated by my parents, and I wanted to experience the island on my own terms. My mom's sister, a fantastic organist, Michele Bromley, had many connections, so I stayed with her and picked her brain and started my adventure," Bryce-Davis explained.

She took a day tour with the Jamaica Folk Singers, to which she has familial connections, as her father's aunt, Marilyn McDonald, was one of the founding members of the outfit. She also spent time at The University of the West Indies, where she met Noel Dexter, with whom she also shared a bond. Dexter tutored her mother at Ardenne High School.

"I heard a wonderful choir when I was at the museum, and met Andrew Marshall, beginning a relationship that has proved incredibly fruitful to us both. I've performed his compositions around the world," she told The Gleaner enthusiastically.

Bryce-Davis premièred his Patois oratorio, Di Apasl Paal, in November last year. She pointed out that all of these connections stimulated her passion to promote the work of great Jamaican composers, like Peter Ashbourne.

"They also resulted in my returning to the island for a performance of Handel's Messiah and for a private concert at the Pegasus hotel. All in all, I am enamoured with my culture and heritage and seek to connect with it as often as possible," she said.

Bryce-Davis, her bio states, has won acclaim worldwide for her performances in classic and contemporary opera. She has been hailed by The New York Times as a 'striking mezzo soprano', and a review of a performance in San Francisco noted that she "invested the character with real passion, sending the audience out buzzing".

As a producer and performer, Bryce Davis has released To the Afflicted, her first music video, which received much critical acclaim and was chosen as an official video for World Opera Day.