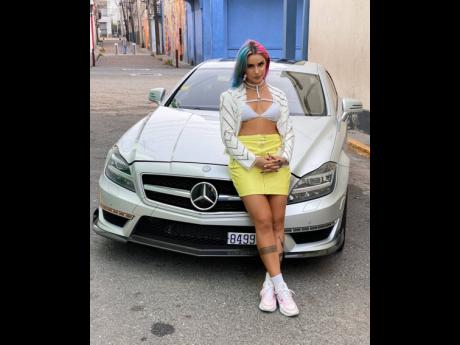 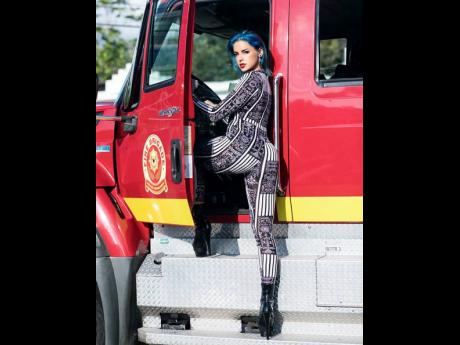 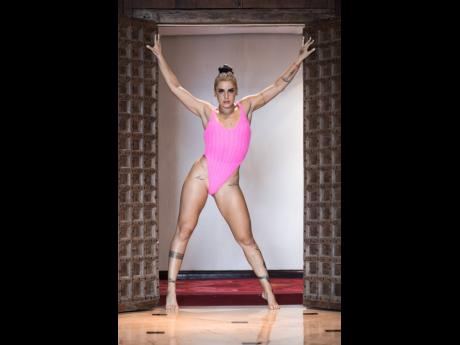 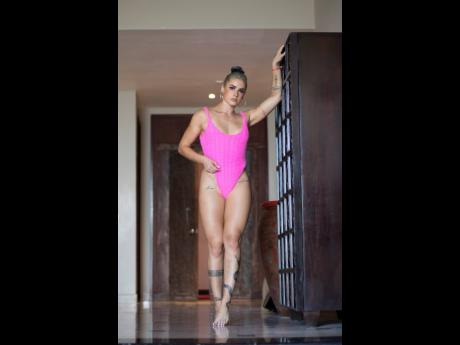 If Lilie Gorchkov was a book in a library, she would fall in the mystery and motivational section and would probably be a hard, yet interesting one to read. A dream-chasing dancer and music aficionado in her twenties, she has a goal to make things a reality. The Germany-born Russian has been travelling to expand her knowledge in various cultures, while searching for another place she could call home. In 2020, that place became Jamaica.

Gorchkov grew up in the fourth-largest city in Northern Germany called Hannover. As a teenager, she became the first female to audition and become accepted to study guitar in the Hochschule für Musik Theater und Medien (College for Musical Studies, Theater and Media). Studying music enabled her to interact with bands from a wide genre, and she even gained musical experience touring with a reggae-dancehall band called Peace Development Crew. Outside of university, Gorchkov, who is more popularly known as ‘Lil Hanky Panky’, worked hard to gain experience, and over the years developed a hustler mentality to send herself to school. “I had started working early, at 15 years old, to earn money for guitar lessons and was always working,” she told The Gleaner. “Music and dance were always parallel, and both are passions of mine. I did dance classes as a child, was always on shows as well as video productions which, over the years, advanced into me teaching and I have for long, desired to open a studio of my own.”

With the dancehall scene trending in Germany, she found herself in Jamaica in 2018 to learn more about the music and dance culture, and after much back and forth, she made the island her new home. She’s worked with hit-making artistes such as Sean Paul and Beenie Man in her capacity as a dancer, but is now emerging as a recording artiste. “I was always torn between dance and music, but knew I loved to be in front of an audience. I just never believed in my voice enough, [so, I] put all my energy into practising instruments, even though I would write songs.” Her latest single, Sativa, produced by platinum-selling producer Teetimus, is a simplified story of her move to Jamaica and is motivation to others to never be afraid to follow that voice inside of them. The music video quickly picked up a buzz after behind-the-scene video of her shoot circulated featuring a homeless man in downtown Kingston adding his own lyrics and flavour. “It’s amazing that I didn’t laugh out, because I am a person who cannot keep a straight face in games that require you to. I was giggling inside, but my videographer, Arif Butler, and I knew what we had to do, and got it done.” In this week’s Five Questions With, Lil Hanky Panky shares a bit of who she is, her decision to raise her voice, and experiences that have added value to her life.

Where does the name Lil Hanky Panky come from, and who is she?

My good friend and dance teacher, who is also Russian, gave me that name. ‘Hanky Panky’ is the name of a dancehall step which she was teaching a class. At the time, I was playing in punk-rock groups, I was putting red and black in my hair and wore ripped jeans a lot, and in some way, she associated the name with a girl that was like a punk. More people started calling me ‘Hanky Panky’. And then the ‘Lil’, [which] came from ‘Lilie’. It really suits me, though; I am a cheerful, freaky, and colourful person.

You also appear to be very dedicated to fitness. What started that journey?

Well, I was always very active and could not live without dancing. However, I had to do hip surgery several years now (when I was 18 years old). I was always fighting with my hip, even as a child at age seven. I was told the recovery would have taken half a year. It was a devastating time. I couldn’t imagine not dancing when sitting down and not doing anything for a day is hard for me. It was either follow what they said to stop dancing or do the surgery. I went to every physiotherapist and finally went into hospital where I did an X-ray of my hip and was diagnosed with hip dysplasia. I finally did it, and during the recovery, I was doing exercises I could manage, which helped me to heal, and quicker than they expected. It has taken away the pain, but after that, the gym journey started because I have to keep working out to strengthen [my] muscles. So, I go to the gym almost every day.

How did you transition from dancing to recording music as an artiste and songwriter?

The first time I came here in 2018 was for dancing and vacation, but for a while, I knew I wanted to move away from Germany because life is too short to stay on one location. I came back in March 2019 in a period of my life when I was ready to relocate, and I was looking around for somewhere to open a studio for dancing and was encouraged by a few persons to give it a try here. I made the move officially one year later. Then a friend of mine recognised that I had a guitar and often heard me play some of my songs, so he was like, let’s go into [the] studio, which quickly evolved into me recording on a few beats. The feedback was good, people liked it, and the results were way better than expected. I work with a couple [of] sound engineers, including Teetimus, who helped me to rework some of the material. And now, here I am, working to produce my five-track début album.

Who are some other Jamaican music professionals or artistes you’d like to collaborate with?

I want to do music with Sizzla Kalonji, and actually went to visit him at Judgement Yard just last week. There is a track I am hoping he will be a feature on. I like Bounty Killer also. On the female artiste side, I want to work with Spice and Shenseea in the future.

What is one mantra you live by?

That would be, never to judge a book by its cover. We’re all humans, and no matter how beautiful Jamaica is, it is inevitable to see the poverty that exists. We never know how a person got into a situation he or she is in. Like that man who everyone saw in the viral video of us recording, I am sure no one knows how he got there. That’s why I went back to look for him and interacted with him, because we never know what it means to someone when we make a kind gesture. For two weeks, we were in search to find him. So, never judge people for what you can see alone.

Brawta: When you need to get away or relax, where do you go?

Definitely the beach. Some of the most beautiful beaches I have seen are here, in Portland. To clear my mind, I like swimming and surfing, but I really fear sea urchins. Funny story; I think it was my first day in Jamaica, one of my friends and I went to swim at night, and I got stuck in my foot by one. Of course, we tried what people always say to do (to pee on it), but it didn’t work. I had to use my fingernails and tweezers to get them (the spines) out. It turned out that it doesn’t work on those types of sea urchins, but yeah, I always seem to get stuck by them.