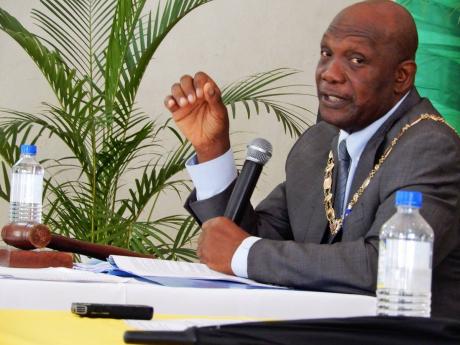 File
Mayor of St Ann’s Bay Councillor Sydney Stewart said event promoters have a responsibility to stick to the guidelines set by the Government.

Mayor of St Ann’s Bay Councillor Sydney Stewart is warning entertainment promoters that they should comply with rules outlined by the Government to curtail the spread of COVID-19 or risk having more stringent measures reintroduced.

With Ocho Rios often dubbed as the party capital of the north coast, St Ann has seen its fair share of events over the years. As a result, measures introduced last year to curtail the spread of COVID-19 have impacted the livelihood of people who earn directly from the sector.

On Tuesday, Prime Minister Andrew Holness announced a relaxation of some of the measures that had seen the cessation of licences to stage entertainment events. The adjustments will take effect July 1.

Stewart told The Gleaner on Thursday that promoters have a responsibility to stick to the guidelines, echoing utterances by Local Government Minister Desmond McKenzie that any spike in COVID-19 would result in a reversal of the decision the prime minister announced.

“Comply to the COVID protocols (that exist) nationally, comply to the numbers that apply, don’t advertise excessively so that once your patrons start coming, it’s unmanageable for you,” Stewart replied when asked what he expects of promoters now that the measures are to be relaxed.

“If we act with that level of discipline now, there’s going to be more and more relaxation coming that gives you room to be able to accommodate more people. So, I beg all the promoters just to comply with all the rules that are laid down now by the Government,” the mayor stated.

Stewart suggested that it was even more vital for promoters to abide by the rules given the shortage of resources available to the St Ann Municipal Corporation to monitor the staging of these events.

“[This] is a responsibility that we have so if we have to work overtime to ensure that we get it right, we are prepared to do that as a municipality; we have to be a lot more responsible so that we make sure that whatever we set out to do we get the best result,” Stewart pointed out.

He admitted that there are concerns about an upsurge in COVID-19 cases when entertainment activities do resume.

“It is true that the society is full of indiscipline. [One] of the things the municipality has been doing since the advent of COVID, and [we were] given the instructions, [we] never issued any licence for any promotion, any entertainment, any session, to take place; what was happening, the people were doing it illegally.