Jermaine Edwards, daughters, ‘Make A Way’ for the future 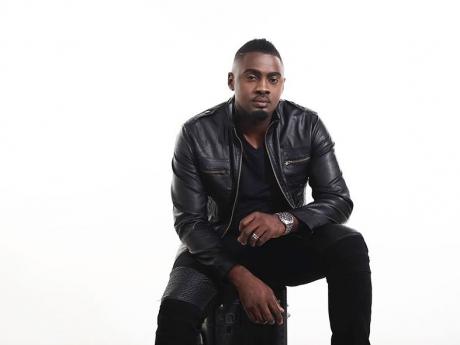 Contributed
Award-winning gospel artiste Jermaine Edwards is looking to ‘Make a Way’ in music and life, through his new business with his daughters – Tehillah and Halil. 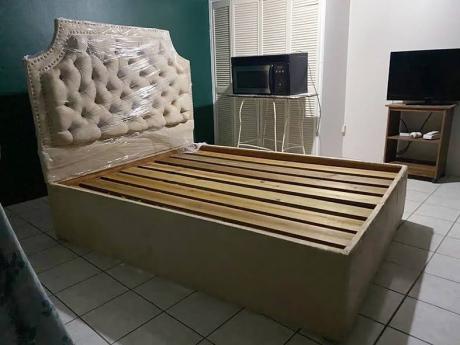 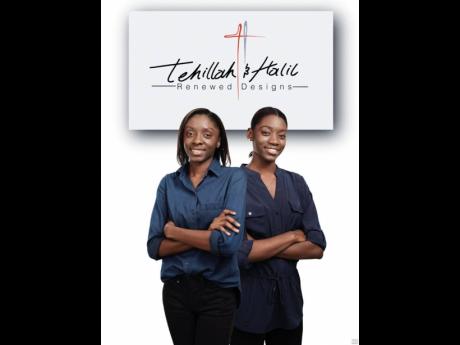 Contributed
Tehillah (left) and Halil Edwards of Tehillah and Halil Renewed Designs, which they run with dad, Jermaine Edwards. 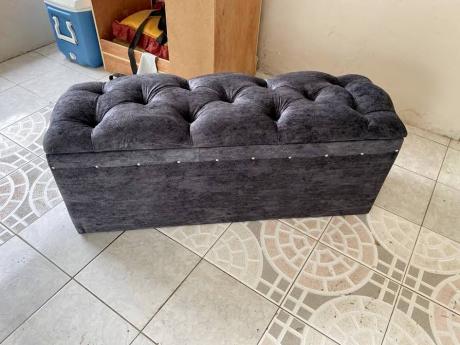 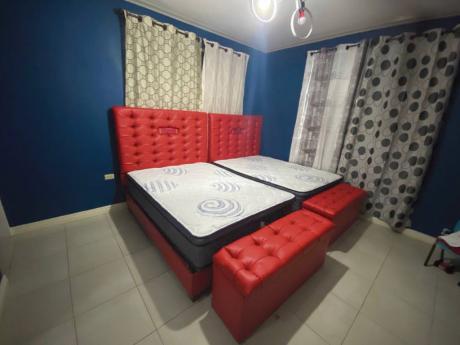 Contributed
Tufted headboards is also big business for the trio. The above comes with matching ottomans.
1
2
3
4
5

Jermaine Edwards is in no hurry. His calm attitude, youthful enthusiasm, and sincere respect for time are manifested in different ways, and for the past year, he has put his own time to good use. In March, the award-winning gospel artiste released Make A Way, a single that was a testimony to the current season that has seen him try his hand, with the help of his daughters, in the upholstery business. “We categorise life in terms of seasons, the different periods in a person’s life. For the pandemic ‘season’, it has been all about faith. That’s how the song even came about,” he told The Sunday Gleaner.

As a front man on Jamaica’s gospel music scene, Edwards still had reservations about the ongoing lockdowns and restrictions that would eventually have a widespread impact on the religious community.

“I was thinking, how am I going to survive in this season when I have children, a family to take care of, and there would be no income from concerts? It became more about faith for me,” he said. “People who may gravitate to the song may say the same thing when the bills are due, ‘have faith’, but the word is not about sitting down waiting for God to make a way or for things to drop from our of the sky. It is saying we’re going to get up and look for the way God is making.”

The gospel track is doing well throughout the Caribbean, especially in Trinidad and Tobago and across the diaspora, he said and has had a positive effect on the streaming of his music, which increased by 50 per cent. The singer-songwriter calls the music industry “tricky” because of the uncertainty that a song may be released, especially now, but not get anywhere.

Edwards said: “Concerts helped to give our music an extra push. We also saw people turning their attention to other things because they were home more. There are persons who, rather than looking out for new music, draw for some older recordings that they love. I can say that my songs work in every season because they are not [emotional] Christian songs, or everything talking about Jesus this and Jesus that, but in the principles of God, in the sense of how we should survive, how we should act in the low times and the high times. Make A Way works well for this season. Speaking from that perspective of saying what the Bible is saying without the scripture directly makes it relevant, potent, and have life.”

NOTHING VENTURED, NOTHING GAINED

Another positive is the high-quality family time he has because his daughters are home. “I get to bond with them more, and we’ve even launched a business out of making tufted headboards, ottomans, reupholstering furniture, wrapping, and rewrapping beds,” Edwards said. The business – Tehillah and Halil Renewed Designs – is named after his daughters.

“It has opened up doors for my eldest daughter, who is currently in university, because our aim was never to take student loans. Through it, we have been able to pay months in advance for school, so we don’t have to touch our savings,” he shared.

Tehillah, the elder of the two, at 19 years old, has aspirations of becoming a fashion designer, while Halil, 17, would like to venture into interior design. The Edwards girls said that upholstery was not where they intended to kick-start their careers in the design industry, but it was a skill that they recognised could be turned into a business.

“As to why we launched Tehillah and Halil Renewed Designs during a pandemic, well, Mom and Dad had just returned from overseas when we heard that there would be mandatory stay-at-home orders for a while,” they said. “Being at home, we realised that a recliner chair in their room needed reupholstering, (so) we attempted to rewrap it – all this using some tools dad had bought to work on the house. We also made a headboard and ottoman, which, after sharing on Instagram, brought us our first set of clients.”

The business is growing, and their designs are evolving, testing not only their upholstering skills but their understanding of carpentry. Mirrored and/or mirror-bordered headboards were recently added to the list of inspired designs they do. “We got our creativity from daddy, and he is the one that introduced us to it, but we would also say we got our open-mindedness from our mom.”

“The mirrored designs are probably the more difficult for us because we have to be extra careful, to pay attention to the details and measurements, and most importantly, not to break the glass,” Tehillah said.

“For all youths, opening a business in your early twenties or even as a teenager creates financial flexibility for the future and also helps with self-development,” Halil added.

Editor's note: A previous version of this story stated that Tehillah was 17 and is the younger of Jermaine Edwards' two daughters. Tehillah is 19 and the elder of the two daughters.