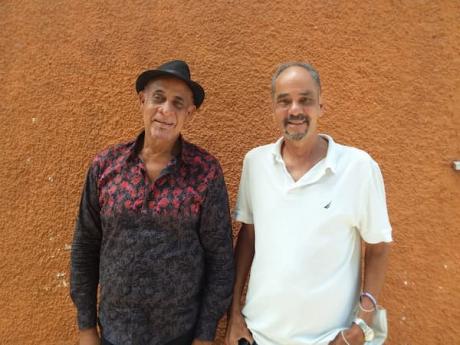 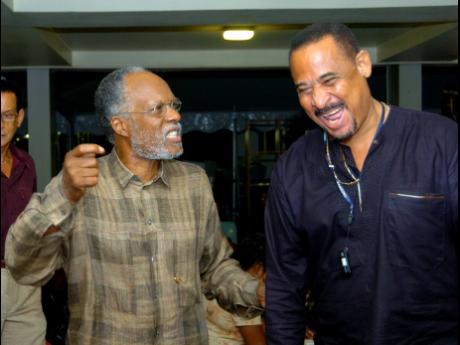 There is surely an element of pre-destiny in the fact that a man with the surname ‘Case’ would make his livelihood by making cases for vinyl albums and CDs. From the days of physical cut-and-paste and when music was packaged and sold as albums, with each one clothed in its exclusive ‘jacket’, as it was called, Orville Case has been the go-to man for cover designs in the music business in Jamaica. Enter the era of CDs, and jackets were still considered a big thing, and though considerably diminished in size, they lost none of their importance, and Case still received a bag of work.

In music circles, the graphics guru who has also distinguished himself as the lead singer for the reggae and R&B group, Home T (formerly Home T 4), is known as ‘Bagga Case’, with a pronunciation that totally ignores the space between the two words. But he is fine with that. As a matter of fact, there’s hardly anything that ruffles Bagga Case, as long as he is working, he is just fine.

“I can’t stop working. I have been working right through the night for 30-odd years. If I had to live my life all over again, I would live it the exact same way. But next time, I would try to make some money,” Bagga Case, who is being recognised for his contribution to the music industry, told The Gleaner.

His friend, Frankie Campbell of Fab 5, is overjoyed that Bagga Case is the recipient of the Gregory Isaacs Foundation Award at the 2021 Jamaica Reggae Industry Association (JaRIA) ceremony. Campbell hailed him as “the most prolific, graphic vinyl album/ CD designer in Jamaica and the world ... and we hope that one day soon we will be able to see an exhibition with some of those fantastic pieces of our popular music, art and history, through his album jackets”.

“I saw Frankie’s tribute, and I am humbled. I really feel good about this award. It is given by my peers, and they understand. It comes from the heart. I have been given other awards in the past, but this one is special,” he said.

Bagga Case reminisced that his very first album jacket was Leroy Smart’s Get Smart, which he was commissioned to do by record producer Gussie Clarke of Music Works/Anchor. However, he has not kept count of the number of jackets and fliers he has produced since he started in the mid-70s.

“I see Frankie put 5,000, but it could be more, or it could be less. I worked with VP [Records] for 14 years and Dynamics for 15. I also did work for Island Records and for Gussie, and got to meet so many singers. That’s a great part of this job. As an entertainer, you mainly see your colleagues backstage at a concert, but I had the pleasure of interacting with 90 per cent of the singers because I was doing their album and CD covers. It has been a wonderful journey,” he stated.

Gregory Isaacs’ widow, June, told The Gleaner that “Bagga Case is more than deserving of this award” and that her late husband would definitely have been pleased.

“Gregory is always giving, and he would be very happy to know that this award is from him to someone who has contributed to the industry in a significant way other than singing. That is the criteria for the award. For example, it can be a dancer, a photographer or a designer,” Isaacs said.

Bagga Case is unique in that he is both behind and in front of the scene. He joined Home T 4 in 1973, not long after leaving Kingston Technical High School and sending up supplications for a singing career. “I prayed to the Father to allow me to start recording, and shortly after, I was invited to a listening session by some friends. I told them, ‘oonu sound good, but oonu need a lead singer’. They said, ‘That’s why we call yuh,’” he shared.

The group did their first song, Mister Fire, in 1974 and the found major success in the ‘80s (as Home T) with Who She Love (with Cocoa Tea and Shabba Ranks), Don’t Throw It All Away, and Mek The Christmas Ketch Yuh In A Good Mood. Bagga Case continues to record and has out a new EP titled Bagga Case: Mr Banjo Man. And, yes, he designed the case.