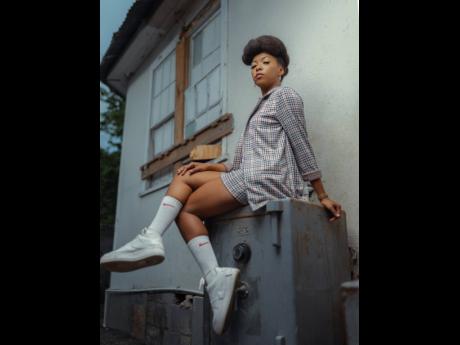 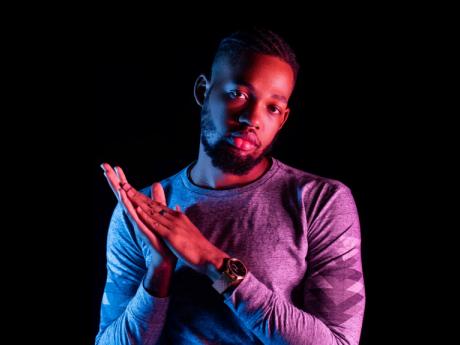 Keron ‘KaleX’ Alexander is ushering in a new wave of hip hop, R&B, and Latin pop for the Jamaican fusion music scene. Over the past couple of years, he has collaborated with influential labels and artistes in hopes of positioning himself as a recording artiste and producer.

KaleX earned the title of ‘Producer Architect’ or simply ‘Architect’ after obtaining his bachelor’s degree from the Caribbean School of Architecture at the University of Technology, and with distinct style of musical delivery and production, it’s a fitting title.

As most persons complained about the rising temperatures for the summer, KaleX has been dedicating a lot of time behind doors - in studio - preparing to be part of the heatwave of must-stream music.

KaleX told The Gleaner that he is aiming to “bring a feel-good summer love song to the world” and believes that he has done so with his latest collaboration with Zhayna.

“It was incredibly easy,” he said about working with the backup vocalist-turned-solo artiste. “Not only is she an amazingly talented singer and songwriter, but her energy is remarkable. I could spend weeks creating with her.”

He said that he does not find collaborations to be a challenge and has proven so, with an increasing catalogue that includes composing for and co-producing with labels such as Truckback Records, Unruly Entertainment, TJ Records, and Zimi Entertainment, and artistes Popcaan on Billions (which was on the soundtrack for the Netflix original Top Boy), Quada, D’Angel, Jahmiel, and Sizzla on the Celsius Riddim, to name a few.

“I feel like it’s a part of my duty and skills as a producer to find a middle ground between myself and [whoever] I’m collaborating with to create something great for everyone, (so) the process is challenging,” KaleX said.

For the Love Me collaboration with Zhayna, “I had recorded it with a missing verse, sent it to my manager, and we decided that she would be a great addition. She came to Harry J Recording Studio, fully prepared with her parts written. Before she could even finish letting us hear what she came up with, we just sent her to the booth. We recorded the bridge together after her verse, and the rest is history,” he added.

For Zhayna, the track was her way of coming out with a fresh sound. “I wanted to showcase a more confident, loving but sexy side of Zhayna that people would want to hear and can relate to as well,” she said.

The singer, who has been on a roll since the release of Runaway seven months ago, says that it is not her first time working with KaleX as he is the producer and composer behind the début single. Love Me is a different type of “breaking free”, inspired by the age-old story of a summer love that reveals the two sharing subtle banter about their feelings. The concept for the song came to KaleX before dawn after spending a night with his girlfriend and was put together effortlessly, said Zhayna, because after working with the producer for the past year, “the chemistry has become natural”.

“Collaborations can sometimes be a challenge as emerging acts find themselves working 10 times harder to gain recognition on platforms locally and internationally. With an amazing team like mine, I believe we can achieve anything,” she said. “Once our voices compliment each other well for a particular project, and the chemistry is good, with the right marketing strategy and platform to put it on, we are good to go,” Zhayna continued.