Working on ‘Freedom’ album in Jamaica 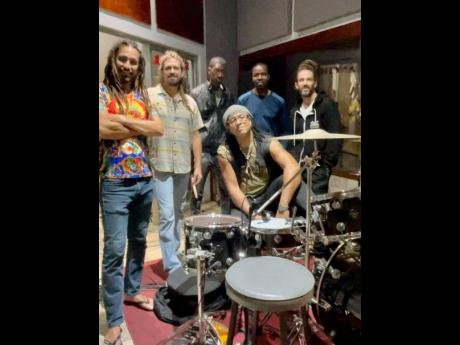 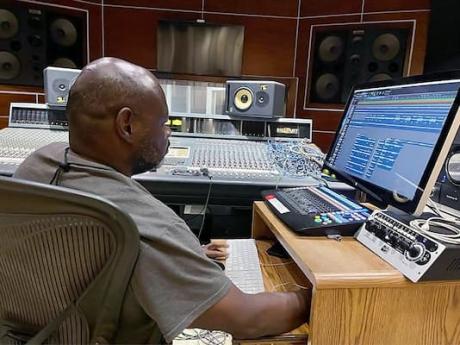 Like he did 25 years ago on ‘Caribbean Blue’, Fatta Pottinger once again sat at the controls for Big Mountain.
1
2

California-based reggae group Big Mountain is living the dream of every musician and enjoying some delicious Jamaican ackee while at it. Life couldn’t be better for the band, which has always counted Jamaican musicians among its numbers and which has treasured memories of performing in Jamaica at Reggae Sunsplash in 1994 and 1995.

“It’s been our dream to record an album in Jamaica,” group leader Quino McWhinney told The Sunday Gleaner.

“We are fortunate enough to be working at Anchor [recording studio] with the one and only Fatta Pottinger. We are blessed to be working with this phenomenal man. It has been amazing! And, if I can say, thank Jah, we made it in time for ackee season,” he added.

Quino and his brother James have something big going on with Jamaica’s national dish, ackee and salt fish. “I have never eaten anything like it anywhere in the world. We had a hard time finding ackee when we just got here. Everyone told us, ‘No man, a nuh ackee season.’ I went to Devon House, and they didn’t have any ackee patties, but the callaloo was wicked. But now we are seeing ackees all over the place. The ackee stars have aligned,” James said, laughing.

The Jamaican experience for these California boys extends beyond the food and the music. It also includes living through a session that could very well be started by saying, “once upon a time,” and they speak about it with awe and reverence. “It is so fairy-talish for us to be at a Binghie session up in the hills, living through the drumming and the chalice a pass. Reggae and Jamaican culture has been in our hearts from day one. When you become part of this Rastafari family, the code and principles become a part of you,” Quino explained.

Big Mountain describes the start of their reggae-Rasta journey as being in the right place at the right time.

“We were introduced to Bob Marley, and reggae and the rest is a whole bunch of funny stories that would take too long to tell. It was life-changing to discover Marley. In the ‘70s, it was cool to be a hippie. It was a lot of shouting about this and that. The reggae scene was the perfect way to process what was going on. Marley was like the Che Guevara with a guitar. Reggae was always a revolutionary music,” the band leader declared.

Interestingly, 25 years ago, Big Mountain worked with the same engineer, Delroy ‘Fatta’ Pottinger, on an album titled Caribbean Blue, but for them, “that memory is so clouded”. But that is understandable because, as they explained, that was an intense period in their lives. Their song, Baby I Love Your Way, was a mega-hit across the globe, and it was doing exciting things on Billboard 100 charts and other notables charts worldwide. But Fatta remembers it quite well, and he has been enjoying working on this new project, titled Freedom, with Big Mountain.

“We have been communicating for the past three months putting the arrangements in place to record this album here in Jamaica,” Fatta explained. “Quino and James are good people, and when you are working with good people, the vibes flow. They are passionate about music. They have the message and the culture, and they make great songs. Whether or not the album will be a commercial success is left to be seen, but if it isn’t, that doesn’t necessarily mean that it is not an overall success,” he said.

They all agree that freedom is a very loaded word, especially set against the backdrop of a pandemic era defined by lockdowns and the restriction of the very freedom that many took for granted.

“We are in the midst of this pandemic, struggling with what freedom means. We have to question that word. It is an important one to bring to the table. Freedom is a word that is so massive, and ultimately it is up to us to decide how to define it,” James stated.

“We are trying to send out spiritual and provocative messages. It is a blend of the political and the spiritual. Freedom has been fought for by many. You can lock me up in a room, chain me down, but you cannot take away my freedom,” Quino added.

Reflecting on their journey, Quino noted Baby I Love Your Way was a blessing and a curse. “When people heard Big Mountain, they would go ‘Oh, the Baby I Love Your Way band’. But we worked so hard for our message and roots music. But we still hope to break new ground and find a new pocket of people celebrating music through dance and conscious lyrics,” Quino said quietly.

Editor's Note: A previous version of this story referred to Delroy 'Fatta' Pottinger as Lynford ‘Fatta’ Marshall. His name has been corrected.