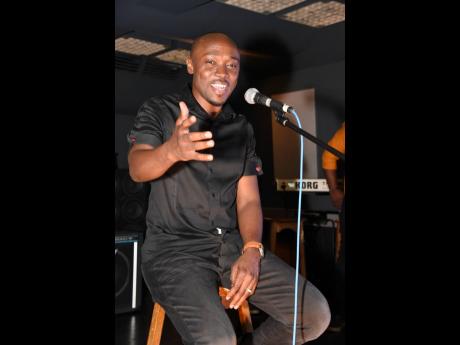 Ian Allen
Kevin Downswell triumphed in four out of five categories he was nominated for in the Sterling Gospel Music Awards. 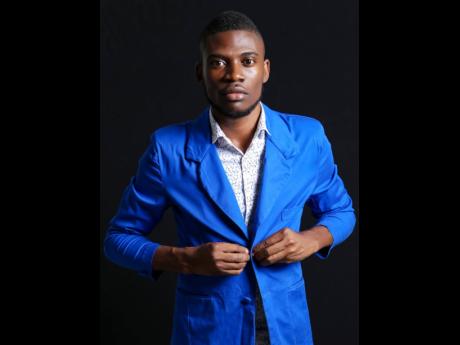 Contributed
Orville Sutherland claimed the title of Male Artiste of the Year.
1
2

Kevin Downswell said he is overwhelmed by his quadruple win in the Sterling Gospel Music Awards (SGMA).

Downswell told The Gleaner he is “very grateful” to know that in a pandemic year, Kevin Downswell Ministries managed to make a great impact.

The gospel recording artiste and producer triumphed in four out of five categories that he was nominated for at last Sunday’s virtual presentation.

Downswell’s single Carry Me earned him the awards for Local Hit of the Year and Local Hit Producer of the Year. The music video also received the title for Video of the Year. Meanwhile, Conversations with Kevin Downswell, which the artiste created to speak to various personalities, such as internationally acclaimed motivational speaker, Pastor Pamela Dillion; fellow gospel artistes Rondell Positive and Psalmist Oshane Mais and comedian Ity Ellis, and have them share their testimonies every Friday on social media, got the award for Virtual Series of the Year.

Noting that 2020 was a tough year for everyone, he said, “We wanted to ensure that we were present as much as possible with the gospel of Jesus Christ to bring strength, hope, and inspiration to those who were going through a lot. The focus was the people, impact, helping them get to the end of this.”

It’s not the first time the gospel artiste has walked away with wins in over three sections. In 2017, at the inaugural SGMA staging held in Heritage Hall in Mandeville, he took home Album of the Year for All The Way, Male Artiste of the Year, Local Hit of the Year for Goodbye World, and Collaboration of the Year for Not Afraid with Rondell Positive.

MALE ARTISTE OF THE YEAR

Orville Sutherland, who surpassed the multi-award-winning artiste to claim the title of Male Artiste of the Year, said that he believed Downswell’s track record meant that he would take that title too. “I’m at a loss for words; I’m truly elated and happy because it’s not like being nominated meant I would be awarded, so after receiving two awards I, too, was overwhelmed. Receiving Male Artiste of the Year actually has me speechless, because while I had the desire to get it, I constantly had to bear in mind there were big names like Kevin Downswell and Jermaine Edwards in the category,” he said.

The gospel deejay also received the award for EP of the Year for Sweet Feeling and has plans to pay tribute to Downswell, whose single Good News happens to be one of Sutherland’s favourites. “I promise now, with this good news of the awards, I am going to do a cover, even if it’s unofficial or in a performance set. And to my colleagues, remember steady, continuous efforts bring success, don’t wait for anyone to say them ‘going give yuh ah buss’, just gwaan put in the work,” Sutherland said.

Other notable gospel personalities emerging as winners include Latoya HD, who won Album of the Year for Your Way; Marvia Providence – Female Artiste of the Year; Foster Triplets – Group of the Year; Wayne Stoddart and Marion Hall received Collaboration of the Year for Jesus Junkie; and Ava-Gay Blair – Gospel Personality of the Year and Most Rated Radio Programme for her Gospel Light Show.

Latoya HD pointed out that her album became a reality in a much longer time than expected, and it makes her all the more grateful for the win.

“I am extremely excited and humbled by the honour. It took me a while to complete telling the stories of various experiences and struggles, but standing firm in the word and promises of God, I am also happy that the album is touching so many lives and connecting with people and their journeys,” she said.

The awards organisers recorded over 30,000 votes in its people’s choice categories, from gospel fans across Jamaica, the Caribbean, United States, Canada, United Kingdom, Africa, among other regions.

For its fifth staging, which was aired on Television Jamaica and the station’s online platforms, Downswell, alongside Petra-Kaye Linton, who is the SGMA Breakout Sensation of the Year; upcoming gospel artiste, Geneva Ayre and the 2021 SGMA New Talent Showcase winner, Gavin McDonald took centre stage and gave soul-stirring performances, giving viewers a taste of the usual high energy that Sterling is known for.

Linton said she did not know so many persons were being impacted. “On top of the good news from SGMA, the reviews that were coming in non-stop brought tears to my eyes. This is motivating me to push harder than I maybe would have initially. I just want to big up the entire Petra-Kaye Ministries – the band, singers and my manager Kamar Forrest because I could not have done it without them,” she said.