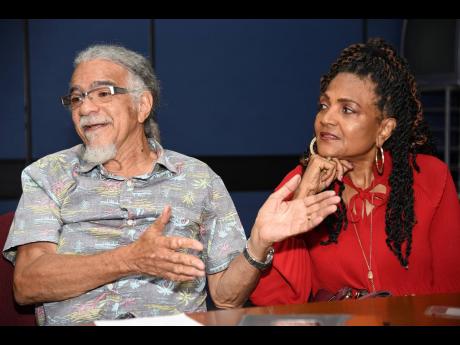 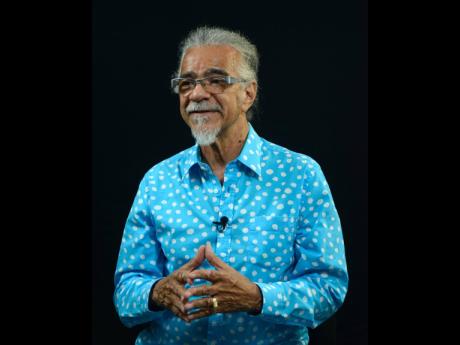 File
Cowan said he believes that now is the time for ‘This Island Needs Jesus’ and others like it, which contain the right message, to get some solid and consistent airplay in Jamaica.
1
2

Veteran singer, songwriter, producer, promoter and artiste manager Tommy Cowan firmly believes that the right music, given the right airplay, will have the right impact. And while this position is not by any means new, Cowan says that this is a part of the prescription needed to heal the nation at this time.

In reacting to the lead story in The Sunday Gleaner, headlined ‘PNP needs Jesus’, which examines the turmoil unfolding within the opposition People’s National Party, Cowan points to a song written by him and his wife, Carlene Davis. Titled This Island Needs Jesus, the song, in one of the verses, speaks directly to politicians. “Members of Parliament and heads of Government/To get it right won’t cost you a cent/Salvation is free, it’s here for you, and me/Jesus paid the blood at Calvary.”

According to Cowan, the single continues to be popular around the Caribbean and even in parts of the United States. He believes that now is the time for that track and others like it, which contain the right message, to get some solid and consistent airplay in Jamaica.

“ This Island Needs Jesus impacted the Caribbean in a huge way. Governments in islands such as Antigua, Dominica, the British Virgin Islands, the US Virgin Islands, and St Vincent and the Grenadines called on us to sing that song,” shared Cowan, who is the producer of Jamaica’s largest Christian music festival, Fun in the Son.

He noted that while Carlene Davis was performing the song in St Vincent and the Grenadines, which they visited on at least three occasions, Prime Minister Dr Ralph Gonsalves and his parliamentarians took the decision to go up to the altar for prayer.

“The PM asked his MPs to come up while Carlene prayed over them. On another visit to the island, it so happened that on the same day that we were scheduled to perform at a concert, there was supposed to be a celebration of something to do with the ancestors. However, the government cancelled it so that the officials could attend the concert,” Cowan recalled.

He said that while performing This Island Needs Jesus at a concert in the United States, the patrons inserted the names of various states to make the message more relevant. He emphasised the power of music to transform, and noted that Jamaica needs such a transformation.

“This is not about any party or any one government; it is about Jamaica. This island needs Jesus,” he insisted.

“We need to look to God for his principles and his purpose. Look at all the decadence that is all around. The murder rate is high, and wickedness has not stopped, and that is one reason why we tend to write songs like this. We recognise that you will have a kid who has a deejay who he admires, but that artiste sings, ‘Any gal me want, muss get di gal.’ This kid will believe the message in that song, and that becomes his outlook on life. But there has to be a balance,” the Glory Music producer stressed.