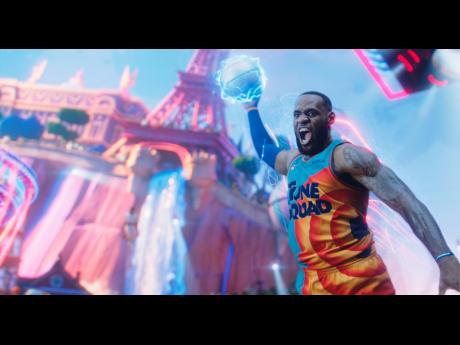 AP
Lebron James in a scene from ‘Space Jam: A New Legacy’. 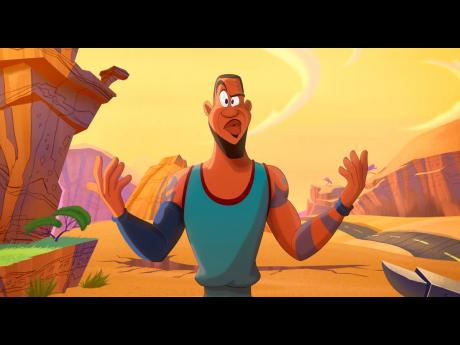 Contributed
The Looney Toons aren’t the only ones animated. ‘Space Jam: A New Legacy’ also features an animated LeBron James.
1
2

I’ll admit it, it’s fun to be (at the movies) in 2021. The recent slate of blockbuster movies have been a reminder of how good they can be. With the winning combination of state-of-the-art visual effects with compelling and fantastical stories, it has been a good ride, but all things must come to an end. That end comes with Space Jam 2: A New Legacy, the year’s first major disappointment.

It’s hard to call something a disappointment if there wasn’t much hope for it to begin with. This sequel to the 1996 original features Lebron James as himself, trapped by a movie studio algorithm, played by Don Cheadle, one of the movie’s few saving graces. Lebron is forced to play a game of basketball to save his son. As nonsensical as it sounds, it’s a comfort that Space Jam 2 doesn’t spend too much time on its premise.

More time is spent keeping up with the Jameses. Lebron’s fictional family anchors the basketball legend as a flawed protagonist. He loves his wife and his kids, but his son would rather create an entire video game than pick up a basketball. He’s a father struggling to understand his kids, while trying to show them who he is. It’s an endearing role, full of pathos, and not one Lebron James is remotely capable of pulling off.

The main character looks befuddled and confused in every scene, whether the scene calls for it or not. Space Jam 2 is consistently whimsical, but the movie itself is pure chaos. As Lebron’s adventure takes place within the ‘Serververse’, the film has an excuse to display as many Warner Bros Studios properties as possible.

This results in a litany of references to Harry Potter, Game of Thrones, and the superheroes of DC. Most of these inclusions are harmless decorations mingling about in the background and, at the very least, could serve as a distraction for when the movie starts to drag itself over the finish line.

The film works best when you get a sense of the passion behind the camera. The assembly of the looney tunes characters for an event film such as this one is a pure shot of nostalgia and is brought to life as such. When the characters are used in clever and funny ways, it’s entertaining, but the film simply doesn’t have enough to sustain its absurd two-hour runtime.

1. GOAT (Greatest of all time)