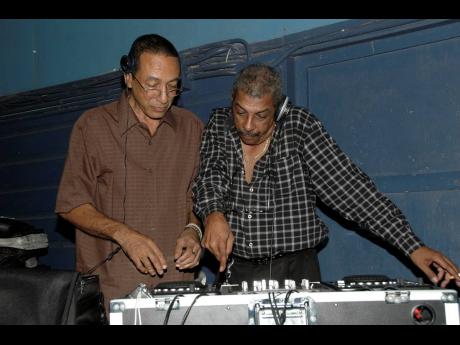 File
Gladstone ‘Gladdy’ Parker (left) and Mordy Brown spin the hits at Gemini, a party held at the Deck in June 2008. 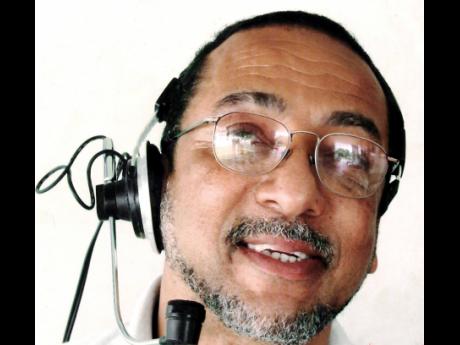 Friends of veteran sound system man Gladstone ‘Gladdy’ Parker of Wild Bunch Disco have rallied around him in his time of need and will be staging a fundraiser this Saturday to assist with his mounting medical costs.

Dubbed ‘Rally for Gladdy’, the event is being staged by Carivibez Internet radio in association with Stone Love and Merritone Disco. It will be held at Stone Love HQ on Burlington Ave in St Andrew and streamed live across the globe.

“We will be starting at 12 noon sharp because of the new curfew hours in place, and will end at 7 p.m. Persons are asked to make a contribution of US$10 and those who can come out to Stone Love, please do so, pass through and buy a drink, and the proceeds will go towards Gladdy,” Superintendent Percival Anderson, who is helping to organise the event, told The Gleaner.

Gladdy, who is diabetic, was recently diagnosed with cancer and has been receiving chemotherapy, which is quite expensive, after which there will be radiation treatment as well as an operation. In a brief interview, the man who has been playing music for 58 years said he has had better days.

“It has been rough,” he admitted, “but some days are better than others. I don’t mind talking about it, but I will put you on to Alison [his caregiver] who can tell you better than I can,” he said, and proceeded to cajole and even command a protesting Alison into doing the interview.

“He has his ups and downs, but now him have a lot of mouth. It look like I have been taking care of him too good,” a laughing Alison Henry said.

She explained that Gladdy found out in December that he was sick, and that when she started caring for him seven months ago, he was in constant pain, he wasn’t eating, and would hardly come out of his room. All music was permanently switched off.

“But, for the last couple of weeks, since he started getting the chemo, I have seen a lot of difference. One week now he has not complained about any pain, and when I turn on the TV he watches it, but he has lost a lot of weight. He still isn’t playing any music, but if a song is playing and I ask, ‘Who’s that?’ he will tell me, and even give me a little story about the singer,” Henry said.

She lamented, however, that the expenses are high and urged all fans to make a donation on Saturday, as every little helps. “The pain medication alone costs $65,000 and the chemo is another big price. We are going to the hospital tomorrow and Friday again. One of the problems is that the chemo sends up his sugar, so he has to be constantly monitored with that. We have to use the machine three times per day and the strips are very expensive. Some of his colleagues don’t leave him out at all, they will send a little ting, they call to check up on him, and a few will come by to visit,” she explained.

Gladdy, the owner, operator and selector of Wild Bunch Disco and an avid record collector, started the sound in 1963 with George Phillpotts and Charles Kennedy. Wild Bunh has enjoyed a reputation for consistent musical excellence in Jamaica and internationally. Gladdy has been honoured by various organisations, including the Purple Masters, which presented him with an award in appreciation of his sterling contribution to the Jamaican music scene; the Desnoes & Geddes Award, in recognition of his dedication and service to the Jamaican entertainment industry; the Binns’ Entertainment Award, in appreciation for his outstanding contribution to the entertainment scene; the Merritone Music Award and a VRCA Lifetime Achievement Award.

Henry is particularly happy for Saturday’s event, which has put a spark back in Gladdy. “He is looking forward to it and even plans to show up, even if it’s just for an hour. It will be great for him to hear some music again,” she said.