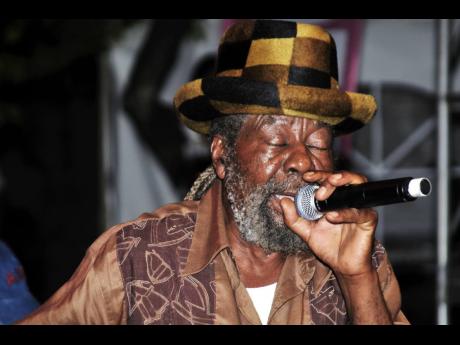 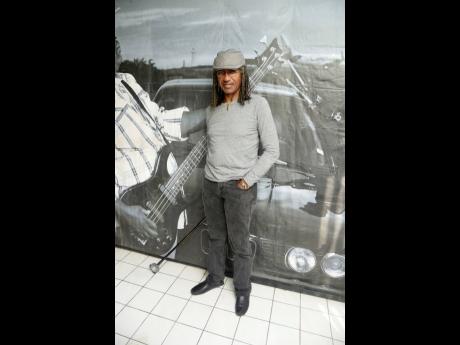 File
Sly Dunbar, who has had a long history with U-Roy, hailed the pioneer as among the very best to have ever done it
1
2

Sly Dunbar, one half of the dynamic musical duo Sly and Robbie will shout it from the mountain top that he is a Daddy U-Roy fan, and he hails the pioneer as among the very best to have ever done it. When he reels off “chick-a-bow, chick-a-bow, chick-a-bow wow wow,” in his best Daddy U-Roy voice, it is easy to believe that it is the DJ Godfather himself toasting on the mic. But Sly has a long history with U-Roy, stemming from childhood when his mother used to send him to buy bread that was as hot as the tunes U-Roy was spinning on the turntable.

“I used to live on Bay Farm Road, and U-Roy and Tubby’s used to play around the road. When my mother would send me on the road to buy hot bread, I would spend a good time listening to U-Roy playing the pre-releases. Years later, I would personally give him exclusive Black Uhuru songs to play, and he was kind of responsible for breaking the group in Jamaica. And when U-Roy signed to Virgin, I did a tour with him, Mighty Diamonds, Lloyd Parkes, and Tony Chin. When you see U-Roy moving the mic from one hand to the other, it was wicked!” Sly recalled.

“Robbie and I were the house band for Zak [Starkey, who heads record label Trojan Jamaica], and we did all the tracks for U-Roy,” he shared.

The album, which recently debuted on the Billboard Reggae Albums Chart, should have dropped in 2020, but the pandemic pushed back the release as well as a highly anticipated world tour. However, on February 17 this year, the Godfather, who blazed the way for countless deejays, made his transition, and Trojan subsequently dubbed the album a celebration of “one of the most profoundly influential reggae stars of his generation”.

Sly is in total harmony with this description, and he expects the album to do very well. “We were not in studio when U-Roy was actually recording, so when I heard the Rygin King collab on Stop That Train, for example, I was bowled over. It was great for Daddy U-Roy to team up with the younger artistes. I spoke to Rygin King and told him that I liked what he did on the song. He didn’t try to be anybody but Rygin King. I really like his style,” he said of the trap artiste.

Zak Starkey stated in a release: “We met Rygin after his legendary Sumfest performance and thought he was a proper rock star and asked him to participate in the U-Roy record. Rygin agreed immediately, and it was great recording with him for Stop That Train.”

For Rygin King, it was “a great feeling to collaborate with a legend like Daddy U-Roy. Not many people end up on a track with one of their elders, so I want to give thanks to everyone who made it possible … . Big up Trojan Jamaica and U-Roy. Stop That Train is a classic song that is part of our culture.”

Shabba Ranks spoke for all when he said, “Just cool, cool/U-Roy done rule/U-Roy a godfather of the deejay school”, and Sly was emphatic when he stated, “U-Roy is always great, and he is always great to work with. I love everything that U-Roy does. The way he rides the ‘riddim’ is like he is making love with the ‘riddim’. There will never be another U-Roy. He is indeed Solid Gold.”