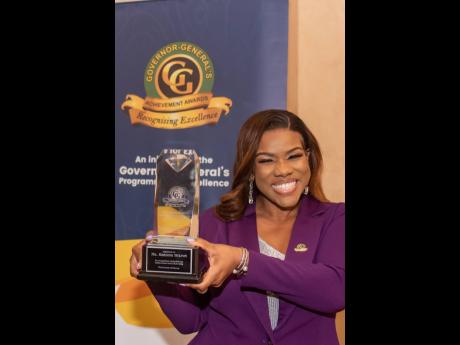 Jermaine Duncan
The media personality and attorney-at-law is all smiles as she shows off her special award. 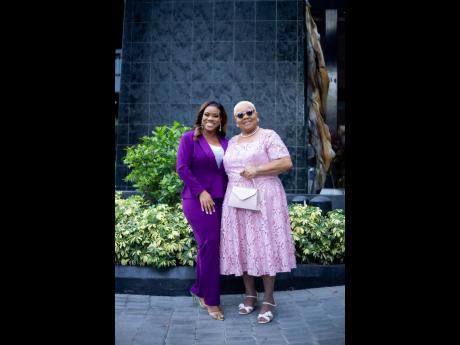 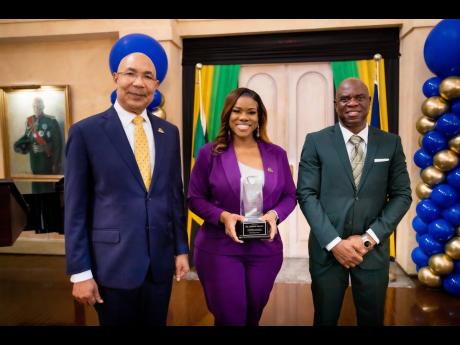 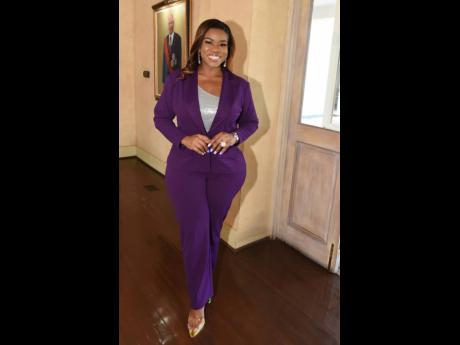 When the Governor General’s Achievement Awards (GGAA) were handed out last week Thursday, media personality and attorney-at-law, Khadine ‘Miss Kitty’ Hylton, was among the recipients. Hylton was awarded the honour for the county of Surrey for valuable contributions in philanthropy, academic achievement, and nation-building. Although she is no stranger to honours and accolades, Miss Kitty told The Gleaner that the GGAA holds an extra special place in her heart as she had no idea her efforts were being seen by the likes of Sir Patrick Allen.

“I work hard, and I try my best to inspire by doing, but I don’t work to be recognised,” she said. “Not in my wildest dreams did I think the governor general would be paying attention to me. I never had this award on my radar at all.” For those wondering why Miss Kitty’s name comes up in the conversation of philanthropy, the experienced media practitioner has run a successful blood drive for the past few years and has a scholarship fund set up in her name to assist university students with financial difficulties. To date, that scholarship fund has helped more than four students who have graduated with honours in their chosen field of study. Much of this has been keft out of the spotlight. For the attorney-at-law, who rose from humble beginnings, her give-back initiatives are more about purpose and less about popularity.

“When I started doing my show, Miss Kitty Live, or when I started my blood drive, or when I started the Khadine Hylton Scholarship at The University of the West Indies, where I help students pay their school fees, I never thought it would put me on the radar. For me, I am all about purpose over popularity. If you are popular and you’re not doing things to foster the development of those around you, then your popularity makes no sense,” she said.

Hylton says she has always been intentional about using her popularity to make an impact. “I am about being popular and using that popularity for purpose and being a woman of impact. If you’re going to be popular in a vacuum with no real impact on the world, that’s a waste of your influence,” she said, adding that she wants to make the lives of others better. “I want to impact people’s lives and make people better, so whatever I do and wherever I go, people must be enriched by coming in contact with me,” she continued.

While she admits that having an impact on the lives of others is the most rewarding feeling for her, Miss Kitty said that when her efforts at nation building are recognised, the gesture is greatly appreciated, especially when she gets to enjoy the fruits of her labour. “In Jamaica, we often have a culture that celebrates people on a posthumous basis. People are often honoured when dem dead and gone, but while they are alive, you don’t give them their flowers. It felt really good to know that a girl from Kingston 20 who attended George Headley Primary School, Merl Grove High School, and then The University of the West Indies and Norman Manley Law School can be recognised by the governor general,” she said. “For me, representation is important. Mi never come from Beverley Hills, but my achievements show that good people come from anywhere, and greatness can be born everywhere.”

Miss Kitty and two other outstanding Jamaicans — Dr Chris Kevin Parchment from the county of Cornwall and Krisan Chantae Ennis from Middlesex — were among 44 Jamaicans awarded for their valuable contributions to their communities this year.