Tells how to revitalise the contest 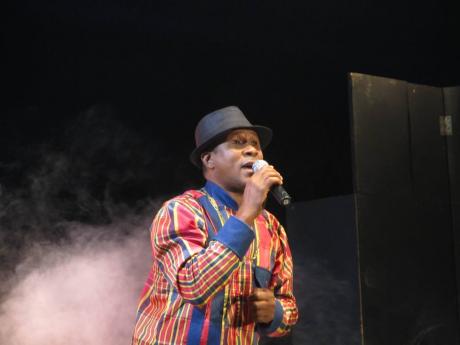 File
Roy Rayon has offered some advice on how to revitalise the Festival Song competition.

The Festival Song contest, introduced in 1966 to add flavour to Jamaica’s Independence celebrations, has brought joy to Jamaicans over the years, many of who fervently look forward to the competition each year. Without a doubt, Roy Rayon is one of the all-time favourite performers that the competition has produced. Rayon has won the competition on four occasions, including three times over a seven-year period from the mid-‘80s to the early ‘90s, and he is among a handful of winners who Jamaicans have generally accepted to have recorded some of the best loved festival songs.

“I entered in 1980 with Dwight Pinkney’s One Family, the same year that Stanley won ( Come Sing With Me), while I was at the youth theatre at Jamaica School of Drama (now Edna Manley),” Rayon told The Gleaner.

“But when I got in the Fab Five camp I entered in ’83 with Celebration Train, it never won, then in ’84 with Mek We Dweet Again,” he added.

Mek We Dweet Again never won either, but got the award for being the ‘Most Competitive Song,’ which could translate to finishing second.

In 1985, things really blossomed for the singer when he entered the contest again with Love Fever and finally won.

He returned in 1987 to win with Give Thanks and Praise, in recognition of Jamaica’s 25th anniversary of Independence, then again in 1991 with Come Rock, for his third win.

None of the three songs were written by Rayon and it wasn’t until 17 years later, in 2008, that Rayon won with his own song, Rise and Shine.

ALL VICTORIES ARE SPECIAL

All four victories are still special to the singer and while the public may have their favourite, Rayon finds it difficult to choose one as his favourite.

“With Give Thanks and Praise, if you talk about spontaneity, the song, when people hear the guitar intro start, everybody get crazy. That has a different feeling in terms of popularity and more love (from the public),” he said.

“And then the one that a lot of people don’t know, Rise and Shine, I’m going to be sentimental to that as well because I am the person who penned that one. The others I didn’t write.”

“But if somebody is going force my hand, in terms of audience reaction and all of that, you’re going to want to say, Give Thanks and Praise,” he confessed.

One of the things still fresh in Rayon’s mind from 34 years ago is the costume he wore while performing Give Thanks and Praise.

“I had the heroes on the chest and the flag at the back and when I say ‘Wheeeel” and mi pull the Velcro and the flag drop. So, Give Thanks and Praise was the power of the song, and also the performance and costuming, so it had everything going. That song that was magic,” he recalled.

Meanwhile, the four-time winner has offered some advice on how to revitalise the Festival Song competition. And it’s a simple one, too.

“In days gone by one of the joys of the independence season for Jamaicans was hearing the Festival songs on the radio. Nowadays, winners are announced and the majority of the population hasn’t heard even one of the songs, leading up to the finals. Get the songs back on the radio so people can get to know them and to recreate the festival vibe,” Rayon suggested.

“I believe what they should do is, take some of the money that they spend to promote the shows, and give the radio stations and let them play the songs,” Rayon suggested.

“One show might cost $10 million, for example, guess what we’re going to do? We’re going to pull one of the shows and take that $10 million and give to the radio stations, get the rotation on all the stations and trust me, it would make a big difference,” Rayon said.