New single out, new album on the way 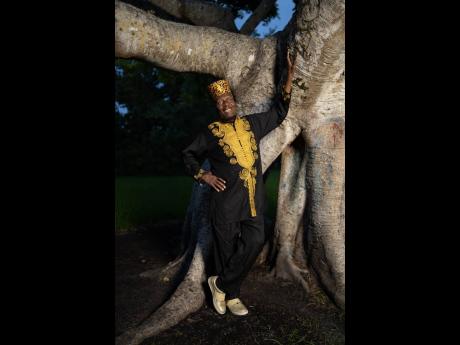 Contributed
The 76-year-old has completed work on his first full-length project since ‘Rebirth’, the album, which was awarded the Reggae Grammy in 2013. The new album has a release date of 2022. 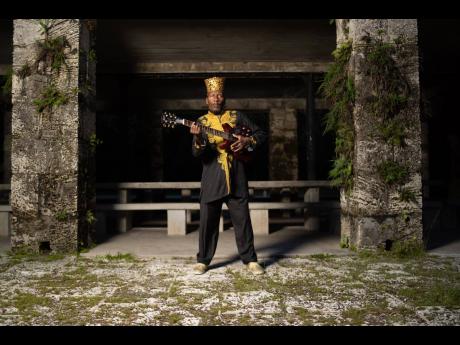 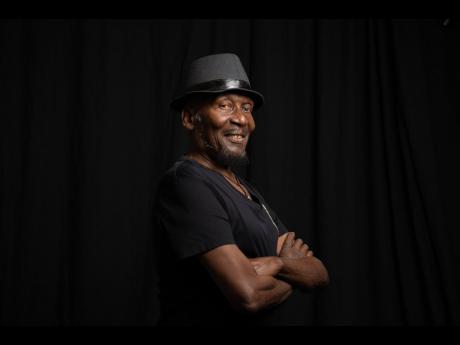 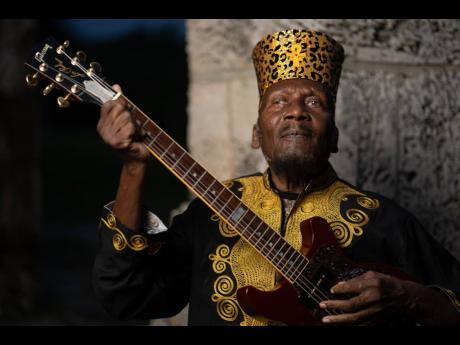 Contributed
Jimmy Cliff is as knowledgeable about the various religions and customs around the world as he is about the musical notes produced by every string on the guitar.
1
2
3
4

Grammy Award-winning artiste and Rock and Roll Hall of Fame inductee Jimmy Cliff is a musician, actor, singer, songwriter, producer, and humanitarian. And he is also something of a mystic and one whose journey in search of that eternal thing called “truth” led him to the “cradle of civilisation”, Egypt.

“Jimmy Cliff finds truth in Ancient Egypt,” he said of his indomitable quest. “Our fore-parents came here forcibly, and as an African man who incarnated in the island of Jamaica, I have been searching for the truth, the answer to that question: Who am I?”

He added: “So much information is stored in Ancient Egypt. I found all the knowledge, whether it was religious or scientific, and also on music or philosophy. I discovered the root of where it comes from. Truth is confirmational; truth is what it is about; truth is simple.”

Cliff can easily keep his audience’s rapt attention for days on end as he talks about his travels to far-flung places on Earth, and he is as knowledgeable about the various religions and customs as he is about the musical notes produced by every string on the guitar. “Ethiopia and Egypt had Orthodox Christianity through the Coptic Church years before Europe,” said the man whose personal journey led him to study Islam and Hinduism first-hand and conduct extensive research on Buddhism.

Not concerned with being thought of as an oracle, Cliff prefers to see himself as a teacher, a profession that he holds in high esteem. “I am a singer, songwriter, and actor, but I am also a teacher. Teachers were born to teach; preachers are paid to preach. Preachers drive the biggest cars while their members walk to church. Teachers are one of the foundations of society, and they need to pay them better,” he declared.

The 76-year-old musician, who has been teaching all his life, whether through his songs, the characters that he has brought to life on stage, or by mentoring younger artistes, has completed work on his first full-length project since Rebirth, the album that was awarded the Reggae Grammy in 2013. The new album has a release date of 2022.

“I started working on this album from 2019 and finished recording at the beginning of 2020. We then did all the mixing and mastering and completed that before the first wave of COVID. Mother nature was good to us,” he reflected.

He also released a new single last Friday to coincide with Jamaica’s Independence Day, August 6. “The date was deliberate on the part of the record company, Universal Records. I have a history with Universal by way of Island Records, which sold out to Universal,” he shared.

The new single is a fun, upbeat, and groovy number titled Human Touch, and Cliff, the ultimate family man, tells a rather heart-warming story about its origins.

“I wrote it in 2015 after a show in Japan, and I was missing my family. There was a piano at the back of the venue, and I went over to it, sat down and started playing. All the melody came except the bridge. The song is talking about how technology is good, but ‘ the more I am connected to my cell phone, the more I am disconnected from my home’,” he said, quoting a line from the song, which has an accompanying music video that incorporates the use of animation technology and is replete with images of Ancient Egypt.

Human Touch, which “promotes human interaction just in time for post-COVID realities,” was recorded in 2017 and is produced by Ghanaian multitalented instrumentalist and producer Kwame Yeboah and Jamaican mega-producer and multiinstrumentalist Clive Hunt.

Earlier this year, Cliff’s accolades grew tremendously when the soundtrack for the Jamaican film The Harder They Come was added to the prestigious Library of Congress National Recording Registry, making it only the second reggae album to be so recognised. “In the case of reggae singer Jimmy Cliff, who starred in the first Jamaican-produced feature film, The Harder They Come in 1972, the movie soundtrack featuring six songs recorded by Cliff has been credited with taking reggae worldwide while also presenting other reggae stars to a global audience,” the entity stated.

In his response, Cliff said that it was “a cool honour for the Jamaican music industry and myself”.