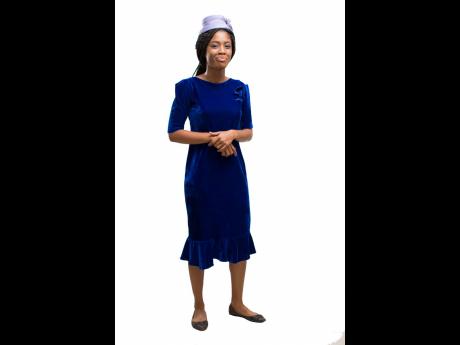 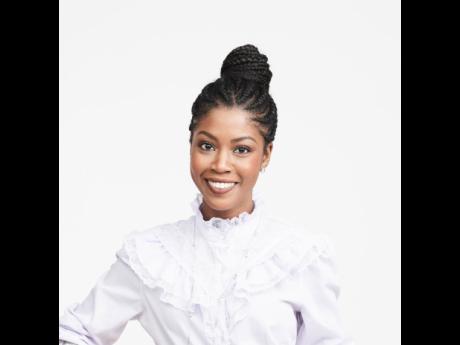 Contributed
Trudy ‘Sister Passion’ Bell is an actress, writer, producer, influencer and emcee, and much more.
1
2

A quick look at Trudy Bell’s social media pages shows that she is an actress, writer, producer, influencer and emcee, but in reality, she is all that and more. Bell is the tell-it-like-it-is churchgoer, Sister Passion, who has gained for herself a dedicated following who can’t seem to get enough of her brand of humour.

A graduate of Wolmer’s Girls’ School and The University of the West Indies, Bell is a copywriter, who also found a home in the theatre. She has worked with Stages Production, performing in Ova Mi Dead Body, The Student and The Plumber, and is best known for her roles as Melcita in the television series Joint Tenant and, of course, Sister Passion in Living Dangerously.

Bell is now about to launch The Ms Trudy B Show. 5 Questions caught up with her for a quick chat.

1. How and when did ‘Sister Passion’ come to life, and what is it that has so endeared her to people? Is she based on a real person?

Sister Passion came to life in 2014 as she, Dashouta, etc, were created for a TV show I was trying to launch that year. She was featured in her first commercial play in 2015 but shot to popularity in 2017 when a clip (from the same series) of her praying at a party went viral. Several other videos continued to go viral after that as more people discovered and became fond of her. I think the affinity for her comes from her just saying the things that people really want to say but are afraid to. She is somewhat a hero in the eyes of many. A lot of her nuances are from several people that I have interacted with in my life who I find amusing. I take different elements of them and wrap them all up into her.

2. What are the pluses and drawbacks of being a social media influencer?

The pros of being an influencer is that you get hired/considered for exciting projects, and it also comes with perks. There is a certain level of respect, love and warmth that you get from people who you don’t even know, which is beautiful. Also, you are able to make a positive impact in people’s lives and, especially for what I do, bring a smile to people’s faces even in their darkest moments.

The drawback for me is that I am a private person, so sharing my life [with] the public is not the most comfortable thing, even though it is important to maintain a relationship with your fan base. Also, being a public figure comes with scrutiny and high expectations, and not everyone is built for that, so if yuh back nuh broad, dog nyam yuh supper! I’m good, though, because I have Sister Passion to back me.

3. How has theatre helped you in navigating this pandemic?

Theatre has been a source of income as well as therapy for me through the pandemic. I have always been in the digital space; however, with the pandemic, I resorted to online shows, which personally have been better for me than live theatre since the market is now wider. Also, it is during this time that I get to interact with my team members, who always lift my spirits with their jokes and positive energy, so it’s always something I look forward to.

4. Tell us a little about your newest project, ‘Miss Trudy B Show’.

The Ms Trudy B Show is an upgraded version of the series I started back in 2014. It’s a comedy series that will be premièring on August 22nd on my YouTube channel (Ms TrudyB). It will feature my popular characters in some hilarious scenarios supported by my cast members Dennis Hall, Dacoda Mitchell, Junior Williams and Georgina Johnson-Jones, along with other guest stars, and shot by Rich Studios. It’s a great opportunity to showcase the talents on the team. We all have great chemistry on stage and now on-screen, plus the material is extremely funny, so I have no doubt that this series will be a hit.

5. What are the top three things on your wish list.

i) To see the back of this pandemic ASAP

ii) To see my new series, along with any other future project, be a huge success

iii) Long life and health ... and more money too!