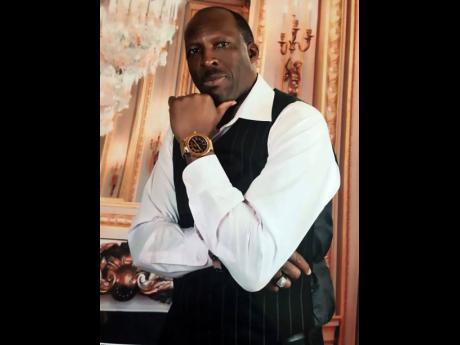 Gospel music professional Dr Delroy Lingo will receive the President’s Lifetime Achievement Award (also called the President’s Call to Service Award) from the Heart Bible Institute University on December 4 for his volunteerism and service to his community.

The artiste, who is also known as Delingo, acquired his doctor of theology at the university and dedicated a lot of his time to volunteer service at the institution and in the wider community. He said as part of his aim to reach the masses and minister through music, he has served the Caribbean diaspora in Hartford, Connecticut, where he now resides. “I have served the community for the past 20-plus years. I believe those who considered me for this award have examined the work that I have done over the years. I am humbled to be a recipient of this award and do not take it lightly,” he said. “I did not envision myself receiving this award because when I serve, I make sure that it is from the heart and it for the right reason, which is purely to serve God’s people.”

The founder of Impact Gospel Promotion, Dr Delroy Lingo, was inspired by his brother, Errol Lingo, the former leadman of reggae group Natural High to pursue music and songwriting in his adolescent years. He sought different areas of music, specifically praise and worship, and would end up recording with a gospel band. He then transitioned into radio as a broadcaster in the early ‘90s and eventually assumed the role of road manager for the Golden Touch Gospel Band. This he did for several years before identifying his true calling. “I grew up in a musical family – singing mainly in the church choir – my brother and sister were also singers. The church, like many gospel acts, was our foundation,” Lingo told The Gleaner.

“My brother was also on radio as a broadcaster. Another one of my greatest influences was Rev VB [Reverend Vivian Burke], whose music I often listened to and practised how to make my voice sound like his, and this helped me develop my sound,” he continued.

Lingo explained that over the years of being in and out of the radio stations and on the road with artistes was stressful, and he found an escape by producing. However, he owes a lot to the broadcast industry, which opened many doors; he also launched the Gospel Vibes programme at Roots FM but soon migrated to Atlanta, Georgia, where he would use the skills acquired in Jamaica to start the first Caribbean gospel radio programme.

“Actually, when managing artistes became stressful, I resorted to producing. This is because I still had the desire to be a part of the gospel fraternity locally and abroad. My passion for broadcasting began at JBC, and to this day, I still hold a position as a broadcaster where I am able to spread the love of Jesus to the US audience and many Caribbean islands, and I truly believe it allows me to fulfil the godly purpose that is on my life,” Lingo said.