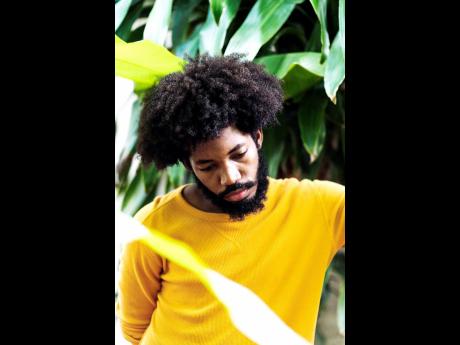 Contributed
Jean-Andre Lowell Lawrence aka JLL is also an illustrator. 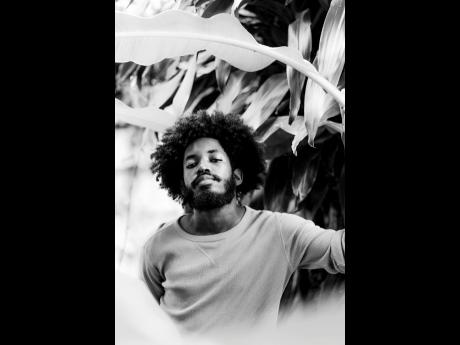 Contributed
JLL says most of his rhythms come from inspiration.
1
2

In another life, Jean-Andre Lowell Lawrence is an illustrator. Or maybe he is in this one. Known professionally by the acronym JLL, the internationally acclaimed producer is always pencilling out his next move, finding ways to create art from scratch and bringing the whole musical picture together, one beat at a time. “I am actually a big fan of art and call myself an artist. Portrait drawing is one of my first loves, but then I became more involved into certain art mediums, like music,” he expressed.

Music transported JLL from the comfort of home into studio settings, working with the emerging talents of Royal Blu, Sevana and Jaz Elise. He is also the ‘beatsmith’ behind culture-shifting tracks of established acts such as Chi Ching Ching’s Breadfruit, which had different social group dancing, and Govana’s Likkle Bit A Money, from which lyrics were highlighted last year when incorporated into the speeches of politicians addressing Jamaica’s House of Parliament. His latest accomplishment is having a beat he produced that is featured on Drake’s Certified Lover Boy album in the first song, Champagne Poetry.

“It means the whole world to me,” JLL told The Gleaner, about the Drake album feature. “The gist of why I am doing the music is because I am for the culture before all the inspiration, dancehall, reggae, rocksteady, ska and mento, and to see how the culture is rooted in music and that I have a space in the culture, even if it’s on a small scale, it is something to celebrate.”

Oftentimes, Jamaican creatives are pressured to conform to what is considered part of local culture, but the producer expressed that most of his rhythms come from inspiration, and are not tailor-made for the recording artistes he works with, Jamaican or not. The track was inspired by 1970s jazz band Singer’s Unlimited cover of The Beatles song, Emily.

JLL said, “I heard the vocal band online; while listening to a urban contemporary music playlist I was instantly stimulated to make my own rendition of it. It felt very special to me from the beginning, because I never made it and moved on. Instead, I sent it to Royal Blu and we made the song How Can I, which I was pushing, then later in 2015, I connected with Masego, and he again used it for his song, Navajo.”

The rhythm garnered wide recognition before Drake, when Masego performed in the popular YouTube artiste series known as A Colors Show, amassing close to 50 million views. It has been named JLL’s greatest achievement to date, with many others in the music industry making predictions of his next move.

“I really wasn’t focused on where the beat was going to go, and if it’s going to get bigger. Right now, I see myself spending a lot of time in different places, travelling to countries around the world to expand the sound,” he said. “There is a benefit to going beyond the current reach, as it helps creatives to become closer to the resources; and I feel [that] by stepping out and taking some of the accolades I have made, it is getting things farther.”

Drake pulled from a range of creatives for Certified Lover Boy album, including Noah ‘40’ Shebib, Murda Beatz and No ID; and JLL, along with The Beatles’ John Lennon and Paul McCartney, is listed as co-writer. He anticipates working directly with Drake, among other international acts, but understands that it will require a lot more time and dedication.

“I know as a producer, I would still have to figure out how to climb up to have access to the artiste. Drake is a big man, he has a big team and shield around him, from lawyers to managers, and while I never got to speak to him, I do think it’s possible. I do think it’s an involvement rather than a direct relationship. I continue to put in the work and contribute to building up local and upcoming acts. So, although there is a lot more to do, it gives me more confidence and assurance that I could do more, and help others make good music and have a similar impact as well,” JLL said.