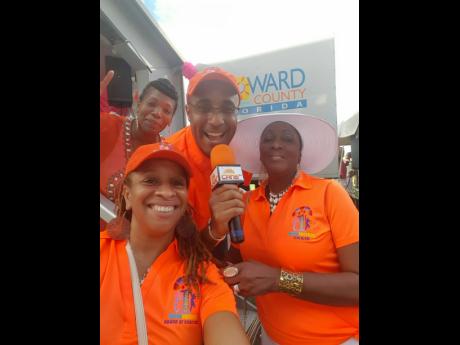 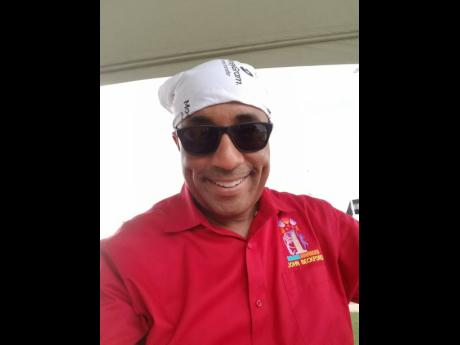 As Richard Hoo Kim, promoter of the popular carnival affiliate and event, Big Wall, gears up to take mas celebrations to Miami in October, he said he does not foresee Jamaica having any large-scale events for the rest of 2021 nor hosting a carnival in 2022. He does, however, think that much can be learnt from participating in Miami Carnival.

“If Carnival in Jamaica happens next year, it will be late; however, when it returns, it will be a unique carnival and when we accept the fact that we have to [do], what can we do, in the meantime. It is also a learning process, and any knowledge we garner through this experience we can use to work along with the local government,” he explained.

He is thrilled to bring Big Wall to a new market. “It is an exciting feeling to bring it back to patrons, and we have been having discussions for several years about making Big Wall part of the international carnival settings,” he told The Gleaner.

While the entire Miami Carnival is centred on soca, Hoo Kim said that the event, Big Wall ‘Intro’, is adding the dancehall element, which in the past has not been done on a scale like what they have planned.

“We are providing them with essentially a dancehall zone with a variety of dancehall selectors, delivering the music in a hybrid form – playing 60 per cent dancehall, 30 per cent soca and 10 per cent of everything else. It definitely attracts a wider demographic of followers to the carnival, and for Big Wall, which prides itself on being a holistic brand, we see the concept of expanding our brand, being a two-way street,” he said. “It does not only add more to Miami Carnival by us being involved, but it invites stakeholders and patrons to our local carnival when it returns. Our event execution is also a partnership with the TNS family, promoters of Sandz, which means exposure to another audience as well.”

The promoter said that there is also “a weird feeling” to be travelling to Miami for Carnival, not having attended any other carnivals and it being the only one that is happening, adding that the global health crisis “is something we have at the top of our mind but safety has been paramount through planning properly for our event.”

Miami Carnival has enforced strict protocols in its public awareness campaign regarding health and safety with COVID-19 protocols. Its organisers have advertised several testing centres will be set up and the use of marshals.

“We [partnered] with the Miami organisers in putting up fences by stating, ‘no mask, no mas’ and encourage additional practices from patrons, not just following protocols, but also required to present a negative-COVID-19 test result. With that said, the patrons will have access to the Miami Carnival parade all day, the concerts with a massive line-up of soca artistes and the Big Wall party.

Chief Marketing Officer of Miami Broward Carnival, John G. Beckford, says the prayers have been going up that people get vaccinated in time to participate in the first major carnival event to be held since the pandemic hit the world last year.

“We have over 18 mas band each year for Miami Carnival 2021, representing almost 30,000 masqueraders. It is very unique in that we go from 11 a.m. to 11 p.m., [so] that’s 12 hours on the road, and we have a star-studded concert that runs simultaneously with the parade, two stages in the park for the mas bands, and the other a concert stage,” he said in his interview with The Gleaner.

He added, “Much support is received from the Caribbean with Trinidad and Tobago and Jamaica leading the way followed by Bahamas, Barbados, St Lucia, Antigua, and the Cayman Islands to give you the top seven. Jamaica really plays an integral part in our celebration; Miami Carnival has had long-standing relationships with all the mas bands out of Jamaica for many years. I take a delegation from Miami Carnival to Jamaica for its local carnival annually, and two years ago, Stacious was a special guest at Miami Carnival.”

Beckford, the son of late UWI Professor George Beckford, grew up on campus when carnival was first born on the island at the university’s ring road. He agreed that the hiatus has had a major impact across the diaspora and subscribes to the notions that the bands, having returned to the drawing boards, re-emerge stronger and smarter, and that it will not be a super-spreader event.

“The organisers remain vigilant in keeping with the protocols of mask-wearing, sanitising and social distancing,” he said, adding that with so many carnivals cancelled over the past 20 months, “people are ready for Miami Carnival”.

“The quarantine period has allowed not just bands to go back and rethink their presentations, but also artistes have penned many new songs that speak to the times we are living in with COVID-19, and with the dancehall zone plus the Big Wall experience coming out of Jamaica, we anticipate this year will be epic as we come out of the peak of the pandemic,” Beckford continued.