100 years on, the story of Palace Amusement is one of survival 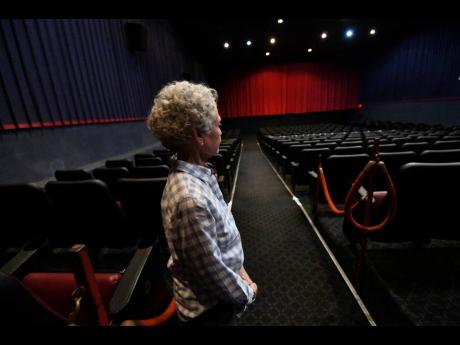 Rudolph Brown
Melanie Graham, marketing manager and director of Palace Amusement stands inside one of the five theatres at Carib 5 in Cross Roads, Kingston. 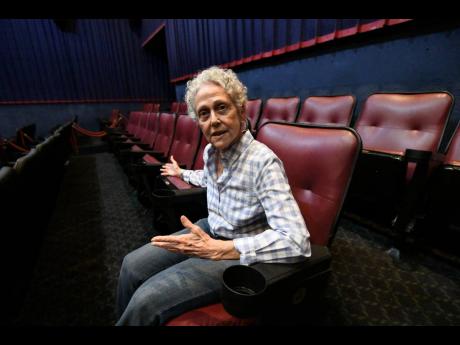 Rudolph Brown
‘I don’t know if my imagination can take me that far. Ten years ago, things were so different, so who knows what is to come,’ said Graham when asked where she sees Palace Amusement in the next 100 years.
1
2

Few companies can wrangle together a devoted crowd willing to stand in a long, never-ending line. That kind of commitment is usually reserved for things people have to do rather than want to – errand establishments like tax offices, insurance companies, and banks. Simply put, unless you’re selling chicken made with 11 secret herbs and spices, you’ll be hard-pressed to generate the kind of fervent audience willing to stand in the hot Jamaican sun. But year after year, Palace Amusement has managed that very feat. And it isn’t a new phenomenon. “We were jam-packed on opening night,” shared Melanie Graham, marketing manager and director of Palace Amusement, as she recalled the début of The Harder They Come.

Palace Amusement was so consistently plagued by long lines that the company had to implement a solution to their success. In 2005, the company introduced the Palace card, a tool that would be instrumental to their online purchasing system. A commercial for the card depicted a young man in two scenarios. One in which he failed to secure tickets for him and his date, and another where his trusty Palace card helped them skip the line, saving his relationship.

Long lines outside your business is a good problem to have, but while the company has had to pay the cost of living well, it has also had its fair share of obstacles to overcome. Where technology came to their aid with the advent of online transactions which saw upgrades to their online systems and the discontinuation of the Palace card, the company has had to regularly reinvent itself to compete. “The technology has changed so much, and we have had to innovate at every turn,” said Graham. With the introduction of VHS back in 1976, some 55 years after Palace Amusement’s inception, the home video became a solid opponent for the cinema experience. Still, a little competition has its perks. Cinemas enjoyed a period of exclusive distribution before films made their way to the shelves of video stores. Going to the movies would usually eclipse any television or sound system audiences had waiting for them at home.

But the challenges kept on coming. With the arrival of the DVD, digital distribution of films soon followed. A model that could be easily manipulated by your average bootlegger selling pirated copies of the latest films. Coupled with the increasing availability of high definition big-screen televisions and the rise of the home theatre systems, people had more options than ever for their home viewing. The latest contender for audience attention is the streaming service. All you need is a monthly subscription and a screen, and you can have access to a staggering library of films.

Innovation seems to be a thorn in the side of cinemas, but like a titan Palace Amusement has endured that and more. One period in the 1980s saw a vast decrease in ticket sales due to increased criminal activity. “Mountain View, in particular, was a hot zone, and people were not showing up to the cinema. It was really bad,” said Graham. Going to the movies has always been an enjoyable pastime, but not at the expense of personal safety. A fact that has become all too evident as the company faces its greatest barrier to business yet, the COVID-19 pandemic.

In the last 18 months, the company has seen the lowest ticket sales in its 100-year history. Even as audiences clamour for a distraction from the ills of the world, cinemas can only fill 60 per cent of their capacity. With most of the year’s biggest films opting for a digital release, the draw to the movies has dwindled. Not to mention continuous curfews and lockdowns that have made it difficult to make it to the cinema even if you wanted to.

As its indoor cinemas struggled, the company unveiled their lifeline. The New Kingston Drive-In Cinema opened its gates in August of 2020. Almost 16 years to the day after the destruction of the Harbour View Drive-In Theatre in 2004. “After Ivan, we didn’t see it wise to rebuild because drive-ins were on their way out,” Graham shared. To get through this current crisis, the company has returned to old methods to give audiences a safe way to watch movies.

To say Palace Amusement has endured hardship would be something of an understatement. While the 18-month lag on business is the fiercest financial strain yet, it’s not the first time the company has had to go for months without their loyal audience. In 1996, a fire raged through Carib 5 (known at that time as The Carib). “It took seven months to rebuild, and the fire took everything except the four walls,” Graham said. After a seven-month hiatus, the cinema would rise anew.

Ask anyone what they go to the cinema for, and they’ll likely tell you they go to see a movie. Really, though, the cinema is a place where we can experience stories. Stories that reflect our lives as we know it or to expose us to a world we’ve never comprehended. It is the window through which we can escape the world we know or understand the experience of another.

The story of Palace Amusement is one of survival. For 100 years, the company has endured a hurricane, a fire, and an ever-evolving consumer landscape, and now, it’s in the midst of a pandemic. For each obstacle endured, a new form of survival applies. Whether it was innovatin and changing how they conducted business or rebuilding their premier cinema from its scorched foundation.

The company is celebrating its 100th year this month. It’s a significant milestone for any establishment. Still, as the company marks its centennial in the middle of the biggest blow to its business, there’s an overwhelming fear that the Palace’s best days are behind it. When asked where she sees Palace Amusement in the next 100 years, Graham said, “I don’t know if my imagination can take me that far. Ten years ago, things were so different, so who knows what is to come.”

One can only hope that the resilience they’ve displayed in the past century can get them through, all the way to the next.