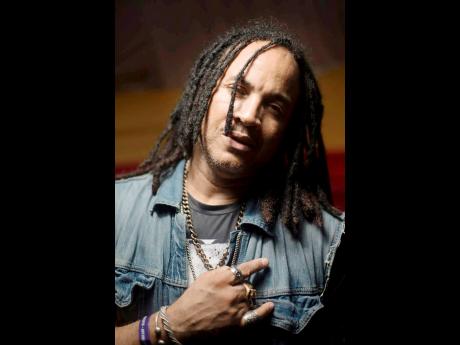 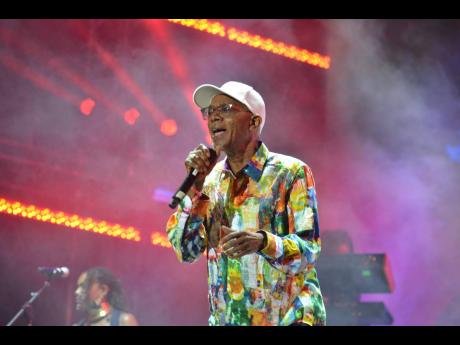 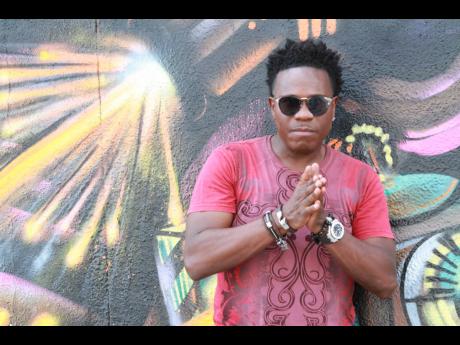 Fans of Jamaican balladeer extraordinaire Beres Hammond all agree that “a Beres tune is a Beres tune is a Beres tune”. Full stop. And, whoever dares to cover a song by the great Beres Hammond had better come really good. Drummer extraordinaire and producer Paul ‘GrooveGalore’ KasticK has dared. He has produced a version of If Only I Knew, featuring Big Mountain and HonoRebel, which has received the ultimate seal of approval from the man himself, Beres Hammond, as well as from the songwriter, Willie Lindo.

Kastick, who is the drummer for Big Mountain, has had a love affair – an obsession, actually – with If Only I Knew since he was in high school. “I just love that song. When I came to Kingston from Montego Bay, I joined the 809 Band and was backing Beres Hammond. But Beres never sang that song on his set list. I recently found out that If Only I Knew was Beres’ third number one song, and it is one of the very few songs in Beres’ extensive catalogue that he has not written himself,” KasticK told The Gleaner.

The drummer, whose versatility and dedication to his craft has secured for him numerous recording sessions and tours across the globe with A-list artistes such as Big Mountain, Maxi Priest, Shaggy, Diana King, Tessanne Chin and Ky-Mani Marley, is grinning from ear to ear at Beres’ reaction to the song.

“I was in Jamaica with Big Mountain working at Anchor Studio on our new album, and I went to Harmony House to see Beres. I played the song for him, and bwoy, I have been working with Beres since 1989 and I have never seen Beres so animated. Willie Lindo heard the song through HonoRebel, and he called me as well. Willie is one of the top-tier producers in this business, and I have not spoken to him for about 20 years. He called to tell me that he loved my version, so I know we have something good going on,” KasticK stated.

If Only I Knew was released in 1976, and the story of that song is that Willie Lindo went to Beres’ house and dragged him to the studio to do the recording session. “When Beres reached the studio, everything was laid out – all the tracks were ready, and the song was written. Beres put down his vocals, and the song surged to the top of the charts,” KasticK shared.

Always looking for songs to cover

He explained that he has always been on the lookout for great songs to cover, and initially, he wanted it to be a Big Mountain song. “A few years ago, I took this tune to Quino (co-founder and vocalist of Big Mountain) in San Diego and said, ‘Quino, this tune is a classic tune. Nobody has covered it before, and Beres Hammond have so much fans worldwide, it would be something special’. The same morning, Quino and his brother were just finishing the vocal room, and we literally started working out the song right there,” he recalled.

But it would be another three years before If Only I Knew would see the sunshine, and, for this, he gives kudos to HonoRebel, the person who is always pushing him to greatness. “I sent HonoRebel the tune to listen to and him seh, ‘Why oonu a siddung pon dis!’ And the next thing I know, Honorebel send back the tune with fi him voice on the recording. I never meant this to be a collab; I intended to have a saxophone solo in it,” KasticK said with a huge laugh.

Not surprisingly, If Only I Knew is on HonoRebel’s new album and not Big Mountain’s. But everybody is in the video, which was shot at Anchor Recording Studio in Jamaica and another studio in Florida. That, for KasticK, has proven to be another win-win situation. “HonoRebel, again, he’s the one who is always pushing me to do things, and when he heard that Big Mountain would be in Jamaica to record an album at Anchor with Fatta Pottinger, he called me up and said, ‘KasticK, the whole a oonu a deh deh, yuh haffi shoot a video while oonu in Jamaica.’ And I thought to myself that there was no way I would have the time. Anyway, I found Courtney Panton, who was free, and we did it. The video is wonderful! It focuses on the musicians playing their instruments, the singer in the voicing room and the studio vibe with all the elements coming together. HonoRebel did his part in Florida, and when everything was put together, it is hard to tell that we were not all in the same place,” a delighted KasticK said.

As a musician, he has a bee in his bonnet about the lack of credit and recognition given to persons in his trade and lashed out at artistes who, when doing their interviews, fail to mention the important role musicians play in their product.

“Dem mek it sound like dem wave a magic wand, and the song just happen. I have done too many studio sessions not to know just how integral the musicians are to every session. But all you can hear is about their own hard work and dedication. Yuh as the artiste don’t play nuh instrument, but yuh can’t acknowledge the musician. If that’s the case, then sing a cappella then,” KastiK, who during the interview mentioned persons such as “the wicked keyboard player” Alex Blanken; vocalist James from Big Mountain; Jerome, the original guitarist from Big Mountain; and bass player Louis Castille.

KasticK is currently working on his “secret” project, which he will unveil soon.