Earl Moodie was a pioneer on the New York record scene 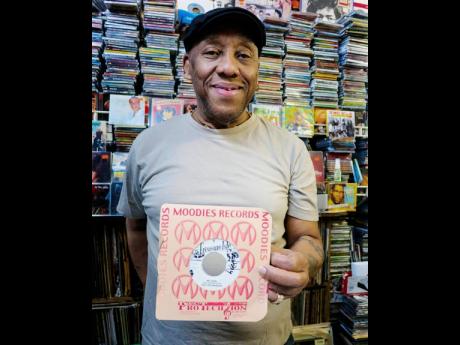 Contributed
Earl Moodie died on Friday after a long battle with illness. He was 69.

Moodie died last Friday. He was 69 years and had been ailing for some time.

For over 40 years, his record store, popularly known as Moodie’s Record Shop, on White Plains Road, served the needs of the Jamaican record public in the Bronx Jamaican community. It was the place to go for those hard-to-find records, tapes or for recent reggae hits and was a vinyl collector’s gold mine.

Moodie helped to put reggae on the map in New York City, alongside independent Caribbean-owned record label VP Records label founded by Vincent ‘Randy’ Chin and his wife, Patricia ‘Miss Pat’ Chin. “VP Records and family have known Mr Moodie for the past 45 years, as a loyal customer and dear friend. He has been a pioneer in the New York record scene for many years, holding rank with icons such as Bullwackie, Brads, Park Heights, Chin Randys, Charley, Bees Sticker, and Keeling. He will be dearly missed. Our heartfelt condolences go out to his family and the ever-present reggae community,” said Patricia Chin.

Moodie’s influence grew during the 1980s when the Jamaican presence grew rapidly in Brooklyn, Queens, and the Bronx. His spot became a meeting place for Jamaicans in New York City. Originally from the Papine area of St Andrew, he migrated to the United States in 1969, where he started his entertainment career as the lead singer of The Stepping Stones, a reggae band that played the club scene in the Bronx and Brooklyn.

Songstress Mary Issacs said that she has known Moodie for over 47 years as they were both lead signers for the band People Heritage. She said that following the demise of the band, he opened the record store and went on to become a successful businessman. “Through the record store, he brought the joys of our culture to everyone,” she said in a Facebook post.

Moodie’s helped many notable and up-and-coming artistes to earn money and also assisted show promoters in the Tri-State area to sell tickets to their events through his music store. He was also a salesman at Brad’s Records, another White Plains Road Jamaican establishment.