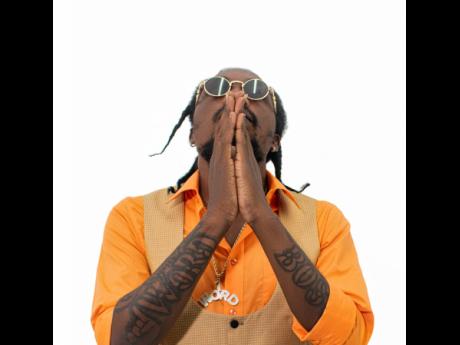 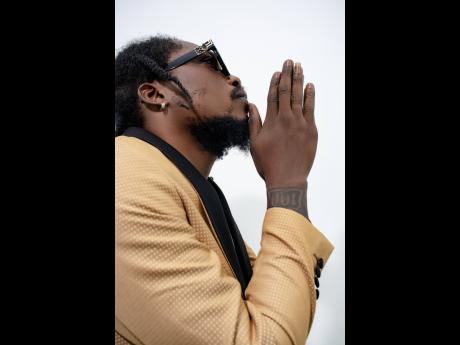 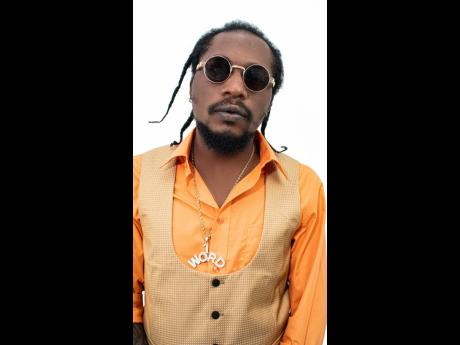 His mother gave him the name Shevin Jarrett, but he was given the title ‘1Word Boss’ in the streets. It’s a title dancehall entertainer Jafrass could not escape, often having to correct people any time his stage name was miswritten. It soon became part of the everyday jargon to say ‘one word’, so much so that he became the boss of it.

Jafrass’ easy-going smile and laid-back personality make it seem as though his life has been a walk in the park. Don’t be fooled. The entertainer has weathered his fair share of struggles, but through it all, faith is what keeps him smiling.

“A whole heap a tings test me and also strengthened me; some things I don’t even want to explain in full details. Still, I never let it get to me. Maybe I’ll write a book one day, but the listeners of my music will know because it’s already written for all to hear.”

Jafrass tells The Gleaner he’s been anxious about when his time would be, having his faith tested while recording and performing music, and in life, dealing with the uncertainty of the times was never easy. The challenges in his life often left him asking the question ‘why’.

However, life was good in Glendevon, Montego Bay, where he was raised, and everyone in his community knew he was destined for musical greatness. Jafrass signed on to NotNice Records approximately six years ago, after he packed up and departed from home to pursue his dream in Kingston. He has also released a number of hit singles and collaborations, including Wrong Move, Up and Up, Frustration and If They Know, featuring Jah Vinci. Jafrass says all that he has accomplished was “by faith, not fate, and me continue as my mother and grandmother tell me to just gwaan hol’ the faith.”

On Jafrass’ début EP, that faith takes centre stage. It peaked at number one on the iTunes Reggae Charts and then fell to number three, which has the artiste now projecting his breakout year is on the horizon. After the album’s release on August 20, Jafrass discussed the meaning of the word faith, protecting his children and where he expects to go from here. He also had a little fun too in this week’s Five Questions With.

What is the meaning of ‘faith’ to you?

Faith… faith is everything. One of the greatest lessons my mother taught me is to have faith, next to, wait my turn. I live by faith. It comes with patience and makes you know that your time a guh forward, but while waiting, one must work towards it. From the Almighty give us health, strength and wealth, and we work with that, everything will work. That’s why me name [the] EP Faith. It was done by faith and with faith.

Faith has religious connotations; how do the songs selected embody that?

We wanted to put out a different body of work, specifically to show a different side of who I am. Most of the times, me do grimy music, and I personally wanted to make the people see there is more to me than an artiste weh do bad man song. So there’s a track for every type of person, music for the ladies and others that have a party energy or tell a story. The lead track could pass for Christian music, and it’s winning a different audience.

Did you ever fear that your brand was promoting violence or that the music would be looked at as violent?

At first, me never really care. Honestly, me just did a do me thing. People understand in the music industry; there is a lane fi every type of music [so] I was staying inna my lane. The more I grew inna the industry, is the more I evolved, as well as my music. I realised I could sing culture music and do songs for the ladies.

You are a father of three; how are you comforting them in the pandemic? Also, recently, the manufacturers of the Pfizer vaccine, which was being administered to children 12 to 18 years old in Jamaica, confirmed children as young as five can receive the vaccine. What are your thoughts?

Yes, ages five, six and seven (laughs out loud). Most I could say I did was spend more time with them, with less time in the studio due to restrictions, I found myself around them more. Remember you as the parent cyaa stress and mek di yutes dem stress too. It has been rough on parents and teachers too, but best we can do is be by their sides. As for the vaccine, I haven’t received mine, but [I] plan to, but me nuh alright fi dem a tek it. The decision is based on my career [so] it [is] alright for me; I want to see how it work and get to understand more before I make the decision for my children to get vaccinated.

With the feedback ‘Faith’ is receiving, your team has said the expectations are high. Where to next?

Right now, we just doing the promotion, giving the EP the extra push and building up the momentum with the visuals. It’s been easier with everybody pon social media. When we start perform again, I really want to go to Africa as I see I have an audience there. I’d also want to tour the country like a tourist when I reach there, not just perform, but see the wildlife, interact with the people pon a different level.

Africa sounds good! One of the biggest attractions there is the Victoria Falls in-between Zimbabwe and Zambia. How far would you go to do it for the ‘gram’? Would you rather take a picture while hanging off the edge of the falls or while on the zipline crossing over the gorge and river?

After watching the videos… none ah dem!

What if, not for the ‘gram’, but say the Recording Academy of the Grammy Awards said they’d give you an honorary award?

Grammy a guh haffi keep the award. Me cyaa swim and to think fi guh drop inna one precipice with water. I don’t know. Maybe, being there and in the moment, me coulda change my mind.