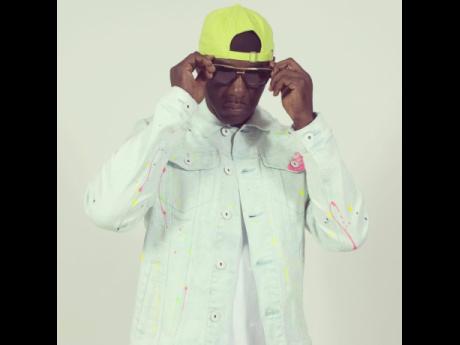 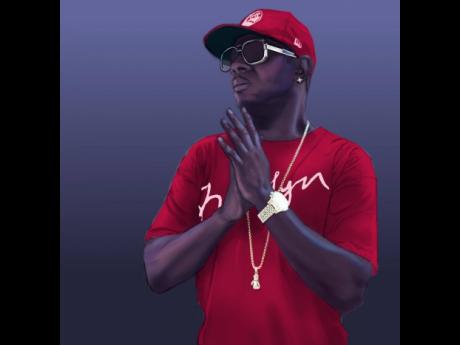 Contributed
Reggae singer Mr Easy said he is ready to take Afrobeats artiste Mr Eazi to court over the use of the name. 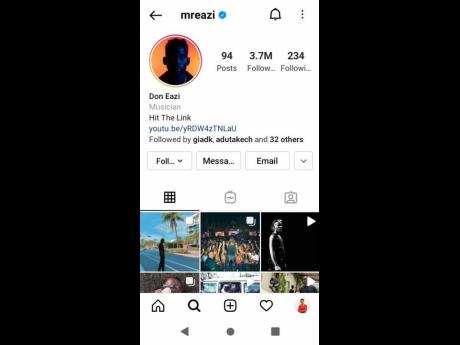 With 3.7 million followers on Instagram alone and his posts securing thousands of “likes”, Nigerian singer Mr Eazi’s popularity on social media is unquestionable.
1
2
3

Reggae singer Mr Easy is on the cusp of launching a second battle for the rights to his name, and like the first, this is one he intends to win. His first was with EasyJet airlines, which is headquartered in Europe, and the second is against Afrobeats artiste, Mr Eazi.

“About four to five years ago, the airline came at me and said I can’t own the name Mr Easy because they own the name. At that time, I was just ready to start the process against Mr Eazi, and it looked as if their logarithm picked me up. They took me to court, and I got my lawyers and was prepared. I went to Chris [Chin] at VP Records and got all the material, including vinyl records, to show that I have been using the name Mr Easy from 1986, long before that airline was even thought of. I won the case, and they were instructed to pay my lawyers. I am using the same lawyers in this case against Mr Eazi,” Mr Easy explained.

He told The Sunday Gleaner that since the EasyJet debacle, he trademarked the names’ Mr Easy’ and ‘Mr Eazi’. The reggae singer stated that the advent of Mr Eazi has created a massive amount of confusion, redirected traffic away from him and has damaged his brand.

When one Googles the name Mr Easy, it is not the Jamaican singer whose name pops up first, but rather that of the African artiste, Mr Eazi. And Google even suggests that you are actually searching for “Mr Eazi”.

“Despite the spelling being different, this is still causing much confusion and damaging my brand. Just recently, he was performing on a show in New York, and fans told me that they were looking forward to seeing me. I had to be explaining that it wasn’t me. I have been Mr Easy for 35 years, and that won’t change. We have reached out to Mr Eazi’s management multiple times, but we have been ignored,” Mr Easy, whose real name is Ian Dyer, shared.

Mr Easy is best known for the 2001 song Drive Me Crazy on Tony Kelly’s big bad Buy Out ‘riddim’. Drive Me Crazy appeared on the soundtrack for the movie After the Sunset, starring Pierce Brosnan. The song was also an anthem in Nigeria, the birthplace of Mr Eazi. Another hit, Bashment Time, a collab with Frisco Kid on the Bookshelf ‘riddim’, appeared on the soundtrack of the movie, Belly. Back in the days, Mr Easy rode all of the now-classic dancehall rhythms and scored with Funny Man, featuring Baby Cham on the Joyride ‘riddim’; Rain Again on the Showtime and Ah Who? on the Rae Rae.

“ Drive Me Crazy was massive in Nigeria, and it has been used in several African movies. It look like this youth hear my song and decided to take my name. Drive Me Crazy has been a blessing and a curse; it is a signature song that created its own monster,” Mr Easy lamented.

He noted that there are some persons who think he should be supportive of Mr Eazi. “But how can I support a pirate? If people knew the difference, why would they be calling to tell me that they are coming to see me perform in Prospect Park [New York] when it was really him on the show? You could never be a new tech company and call yourself ‘Aple’ instead of ‘Apple’. You are not a white guy doing rock music, you look like me, and you are doing similar music. He performs in Prospect Park, and people are posting it in my story. How annoying and unfair is that?” Mr Easy asked.

He lambasted by name a number of Jamaican producers and artistes who are working with Mr Eazi and “gwaan like the name ting a nuh nutten”. He said he even personally called one of the producers [who shall remain nameless] who told him, “Mr Easy, mi can see seh yuh angry, mek we talk ‘bout this another time.”

With 3.7 million followers on Instagram alone and his posts securing thousands of “likes”, Nigerian singer Mr Eazi’s popularity on social media is unquestionable. He has made huge strides in the music business, and his bio describes him as a songwriter, entrepreneur and pioneer of Banku music.

“But it’s not about who has the most followers; it’s about who had the name first. Plus, I am still active in the music business,” explained Mr Easy, whose latest album Legendary was released in 2020. Since this year, his single Wish You Were Here, a poignant tribute to all fallen soldiers, has been making inroads.

Mr Easy, who migrated from Jamaica to Brooklyn as a teen, took his time to navigate the studios and got an opportunity to audition for the famous Showtime at the Apollo in front of a demanding Harlem crowd. He won over the critical audience and earned the distinction of being the first reggae singer to perform at the televised show. His bio states that a notable viewer was producer Quincy Jones, who later signed Mr Easy to his Qwest label, and released his début album in 1994, the well-received Call Me M r Easy.

Mr Eazi’s team is yet to respond to an email from The Sunday Gleaner.