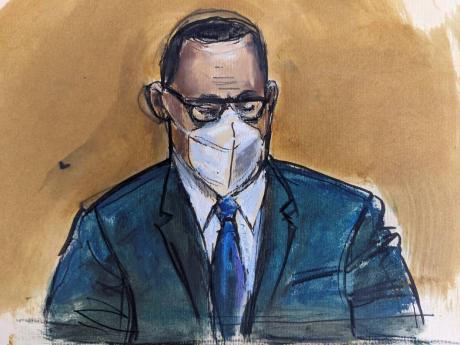 AP
In this courtroom sketch, R Kelly listens as the jury foreperson reads the verdict, on Monday, September 27, 2021, in New York. 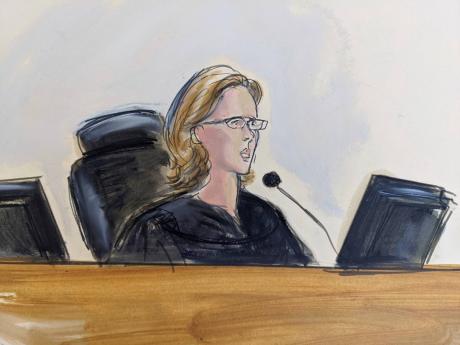 AP
In this courtroom sketch, Judge Ann Donnelly addresses the jury and asks the foreperson for their verdict, on Monday, September 27, 2021, in New York. 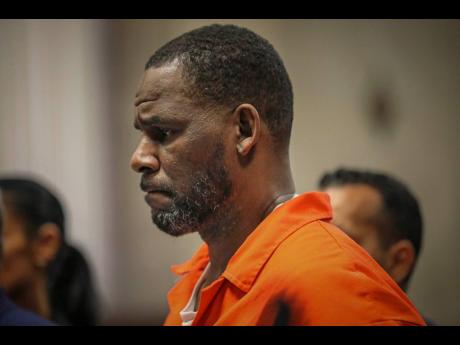 Antonio Perez
In this September 17, 2019 file photo, R Kelly appears during a hearing at the Leighton Criminal Courthouse in Chicago. 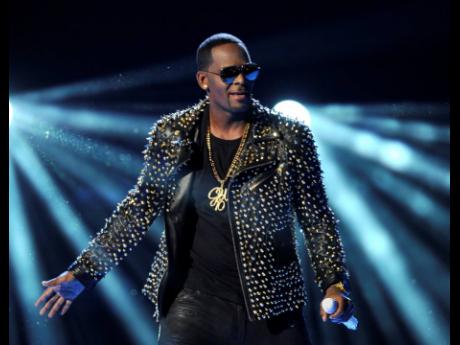 AP
R Kelly performs at the BET Awards at the Nokia Theatre on Sunday, June 30, 2013, in Los Angeles. 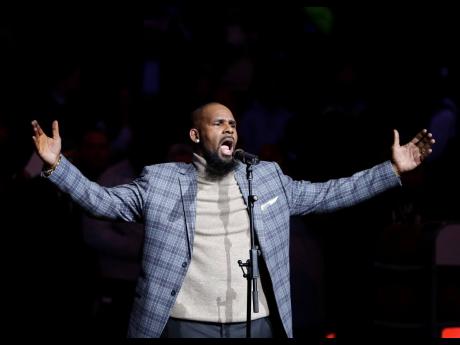 AP
R Kelly performs the national anthem before an NBA basketball game between the Brooklyn Nets and the Atlanta Hawks in New York on December 21, 2007.
1
2
3
4
5

R Kelly has long faced and denied allegations of lurid behaviour and sex abuse. A jury has now found him guilty of sex trafficking in a federal trial in New York stemming from those allegations.

A timeline of Kelly's life:

— January 8, 1967: Robert Sylvester Kelly was born in Chicago as the third of four children of schoolteacher Joann Kelly. Little is known about his father.

— 1975: Kelly begins singing in church. Around that time, years of sexual abuse by an adult relative begins, according to his 2012 memoir.

— 1983: Mother moves the family from Chicago housing projects and enrols Kelly in the prestigious Kenwood Academy.

— 1984: Performs Stevie Wonder hit Ribbon in the Sky in a talent show. In the following years, he performs in subway stations with his keyboard, often feigning blindness to avoid arrest.

— November 1993: His album 12 Play is released and eventually sells more than 5 million copies. Hit singles include Sex Me and Bump N' Grind.

— 1996: Releases third album R Kelly and incorporates Rockland Records. The song I Believe I Can Fly is a huge hit. He marries 22-year-old dancer Andrea Lee, and they go on to have three children: Joanne, Jaya and Robert Jr.

— February 18, 1997: Tiffany Hawkins files a complaint alleging sexual battery and harassment when she was a minor.

— February 1998: Kelly wins three Grammys for I Believe I Can Fly.

— August 2001: Tracy Sampson sues Kelly, alleging their sex was illegal under Illinois law because he was in a position of authority. The case is reportedly settled out of court.

— February 8, 2002: Chicago Sun-Times reports that it received a videotape showing Kelly having sex with a minor and that police had begun investigating related allegations three years earlier. The girl and her parents deny the relationship. The same day, Kelly performs at the opening ceremonies for the Winter Olympics in Salt Lake City.

— February 18, 2003: The album Chocolate Factory is released to immediate success.

— September 2005: Andrea Kelly asks for an order of protection, accusing her husband of hitting her when she asked for a divorce.

— February 2006: Carey Kelly says his brother offered him US$50,000 and a record deal to say he was the person in the sex video.

— July 12, 2011: Crain's Chicago Business reports a US$2.9 million foreclosure was filed on Kelly's suburban Chicago mansion. A spokesperson says Kelly is not having financial trouble.

— March 21, 2012: Kelly announces he is reviving a video series, Trapped in the Closet, that eventually becomes a rap opera about a web of sexual deceit. There is talk of a Broadway show.

— June 27, 2012: Publishes autobiography Soulacoaster: The Diary of Me, focusing on his creative and family life.

— 2017: BuzzFeed reports on parents' claims that Kelly brainwashed their daughters. Activists launch the #MuteRKelly movement, calling for boycotts of his music.

— April 2018: Time's Up campaign joins #MuteRKelly and pushes for investigation. Kelly's camp responds: "We will vigorously resist this attempted public lynching of a black man who has made extraordinary contributions to our culture."

— January 14, 2019: Rodgers says Kelly threatened to reveal embarrassing details of her sexual history if she didn't drop May 2018 lawsuit.

— February 6, 2019: Kelly tweets about a new tour of Australia, New Zealand and Sri Lanka, then deletes it following backlash.

— February 22, 2019: Kelly is arrested and charged with 10 counts of aggravated sexual abuse.

— February 25, 2019: Kelly pleads not guilty, posts bail and is released from Chicago jail.

— March 2019: In a CBS interview, Kelly denies sexual abuse charges. Authorities in Illinois take Kelly into custody after he tells a judge he can't pay US$161,000 in back child support.

— May 30, 2019: Kelly is charged with 11 new counts in Chicago involving a woman who accused him of abusing her when she was underage.

— July 11, 2019: Kelly is indicted in Chicago on federal charges, including child pornography. A separate federal indictment in New York includes charges of racketeering. He is again arrested in Chicago.

— August 2, 2019: Kelly pleads not guilty to sexually abusing women and girls who attended his concerts. His lawyers call them disgruntled groupies.

— December 5, 2019: Kelly is charged with paying a bribe in exchange for a "fraudulent identification document" a day before he married Aaliyah. He later pleads, not guilty.

— March 5, 2020: Kelly pleads not guilty in Chicago to an updated federal indictment that includes a new accuser.

— August 14, 2020: Kelly's manager is arrested in California on charges that he threatened a shooting at a Manhattan theatre two years before, forcing the cancellation of a screening of a documentary about allegations against R Kelly.

— July 24, 2021: Federal prosecutors say Kelly had sexual contact with a boy in addition to girls, and the government wants trial jurors to hear those claims.

— September 24, 2021: The jury begins deliberating in the New York trial, even as trial dates in Illinois and Minnesota cases remain to be set.

— September 27, 2021: The jury finds R. Kelly guilty of sex trafficking and violating the Mann Act, which makes it illegal to take anyone across state lines "for any immoral purpose".