Charly B remains infatuated with reggae and the Jamaican lifestyle 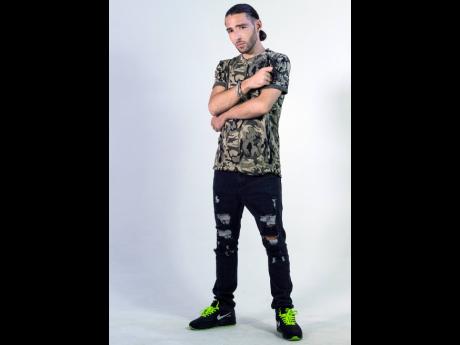 He first came to Jamaica as an exchange student at the age of 15. After one year traversing the hallways of high school and adapting to the country’s lifestyle, Charles Blanvillain became infatuated with the music and the women. “Seeing the island and experiencing the culture, first as a student, made me appreciate Jamaica even more. Being at the Iona High School in St Mary was interesting because I was literally just learning English properly, but, instead, got more used to speaking Patois,” he told The Gleaner.

Charly B added, “I ended up visiting Jamaica again sometime after for three months, then in 2009 I installed myself there and stayed for approximately eight years, before leaving with my family [in 2018].”

Blanvillain, known professionally as the reggae singer and songwriter Charly B, was born in Italy to parents who were of French, Armenian and German ancestry. When he returned to Europe, he knew he had to find his way back to Jamaica. Back then, though he experimented with music as a teenager, Charly B would have never imagined all the pieces of his recording artiste career coming together the way it has as an adult.

“The goals I have achieved to this day are incredible; from my music getting played worldwide and to have Jamaicans recognise and support it, I have to say it is going well. Also, I may not have planned to have three children at this age, but [the] truth is, I met their mothers in Jamaica, and you know the story from there,” said the artiste, who celebrated his 40th birthday on Tuesday, September 28.

“There’s a saying from a movie I watched; I think the actor said when you reach your 40s, it is a new stage in life, and I really feel like that. I am changing once more, reorganising things, and same time, me feel blessed. Happy to know my children, my family are alright,” Charly B shared.

NO SCHOOL FOR REGGAE

“Everything in my life that I am grateful for started from studying there. Where I am from, there is no school for reggae, only orchestra, Flamenco music, and there are even some drummers who teach rock and roll. If I never came there as a young man, I maybe wouldn’t have fallen in love with the culture like that; I wouldn’t be on the reggae-dancehall stage – I got to understand,” he continued.

Charly B works with Dance Soldiah Records, based in Paris, but has also worked with music producers from the Tower Music Media Group (TMMG) and has collaborated with Pressure Busspipe on the song Guide My Step, which was released in August 2020 has been garnering streams, he shared. TMMG was the label behind his 2017 album Journey of Life, made completely on live music. He is currently in Tenerife, the largest of Spain’s Canary Islands, waiting to get back to performing live.

“The entertainment in Europe is starting back, very slowly, with few shows going on. There was a show here that had 300 persons in the venue, but [the] police came, emptied out half the persons and the organiser had to pay back the patrons, so it is still complicated for events. While, my four-year-old son just started school and children here under five don’t need to wear masks at all,” he said. “- I guess different countries, different laws. I was to go on tour, and it has been delayed. The pandemic makes everything a bit more complicated, but I am patient; shows in Switzerland are booked, and festivals in France are to be confirmed soon.”

Last week he released a new single titled Love Instead, produced by Dance Soldiah, and the final touches are being put on his next album, Multiplicity, slated to launch in November. “There are more collaborations to be heard. My album Multiplicity is a blend of live and digitally made music, and means to me a combination of things making up one beautiful thing,” he said.

“I feel it for the people, and I wish every day for better; the inflation, the way the Government do things, independence shouldn’t be like that, all those complications. So, I want to send a message of love to Jamaica. I know things are complicated, but stay strong; the combination of all that is happening will contribute to something positive,” Charly B continued.