General Ling sticking to her guns

Says case closed, but her fight has not ended; Townsend ready for battle 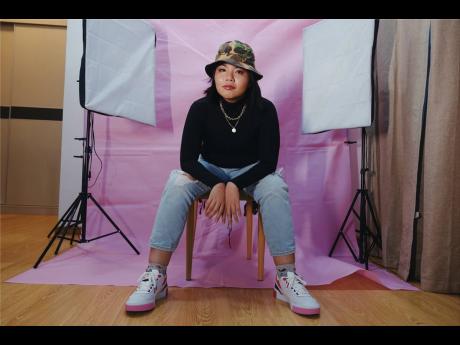 Contributed
Elaine Lim said she feels ‘let down by the Australian authorities’.

Despite the Australian police confirming the Richie Stephens rape case has been closed, Elaine Lim is vowing to continue her fight. It was midnight in Singapore when The Gleaner spoke to Lim, but the former soldier in the Singapore Armed Forces, who also goes by the moniker General Ling, is up and about, contemplating her next move.

“I am continuing to push forward the case. I know it will be tough as we are both not citizens of Australia, and the country has shown they have little obligation to be answerable and provide a reasonable response on this case involving two foreigners,” told The Gleaner in an interview yesterday.

The arts educator with a background in teaching beatboxing in schools said she was hired by Masia One, the Singaporean-Canadian artiste from Toronto, who had been collaborating with Stephens. In October 2019, when the Jamaican Flava Tour was announced for New York, Singapore, Malaysia, Indonesia, Australia and Japan, she accompanied Masia One in the role of her assistant.

She added that she met Stephens the year before when he was booked by Masia to perform in Singapore at a venue named Ce La Vi. “I was part of Masia One’s team to assist her and ensure the event goes well. I would agree. Yes, our relationship was strictly professional, as I only handled administrative tasks and video edits when Masia One was involved,” Lim said.

While on the Australian leg of the tour, Lim, Masia One, and Stephens shared space at an AirBnB where she alleges she was the victim of rape by the Weakness For Sweetness singer. Lim also alleges that Stephens had propositioned her at three different instances before the alleged November 2019 incident in Australia but had considered them harmless. In one of these instances, she said he unexpectedly kissed her nearing the end of a show in Singapore in the presence of her fiancé.

When asked the reason she continued to the Australian leg of the tour in light of the alleged advances, Lim said she did so because she was dedicated to her work as part of Masia’s team. “I was not there for Stephens. The promoter that billed Masia One and Stephens for the Jamaican Food and Music Festival housed us in an AirBnB space with a shared common area. I shared a room with Masia, and Stephens had his own room. Because we had already stayed at his family home in Jamaica and met his wife, we thought this would be OK,” she said.

Lim shared that she filed a police report immediately after the alleged incident but suggested that she failed to get justice, following the investigation, which she said concluded in January 2021. “It was not November 2019 like Stephens claimed on his social media; the first decision to not charge concluded on the 19th of January 2021. A formal letter was sent to both myself and Stephens. I appealed the decision and, with the help of my lawyers, requested for an external review,” she said. “The external review result was given September 10, 2021, to say that there is no reasonable prospect of conviction.”

Stephens has vehemently denied Lim’s allegations, and then investigating officer Detective Senior Constable Amanda Hill, responding to a Gleaner query about the alleged incident said the case had been wrapped. “Given the circumstances of this matter, I do not wish to comment other than the investigation is closed,” the detective told The Gleaner via email on Sunday.

Despite this, Lim said she believes that more could have been done by Australian police, and says she feels “let down by the Australian authorities”.

“I can't trust the courts to bring me justice after following everything I am supposed to do to be let down by the Australian authorities. I am planning to go to the Australian media because I have done the proper due process, gone through proper channels and I did not get justice, nor did I get my rape kit results back, nor did I get a proper copy of the police report. They refused me to give me back my rape kit results and it wasn’t looked at," said Lim.

Lim said matters of rape are taboo in her culture, and coming forward presented a great personal sacrifice.

“In Asian culture, there is a fear and avoidance of shame. Matters like rape or molestation is seen as taboo and is avoided at all costs. I am risking everything by coming forward, not just in legal matters, but most importantly, in my own home, I can face being criticised and shunned by my own friends, family and culture. Thankfully, the person who I call my life partner has been supporting me since, and we are stronger than ever,” Lim added.

She also dismissed claims that she’s seeking publicity as ridiculous. “There is no sense in a Singaporean ‘clout chasing’ in Jamaica, where I don’t understand the language and don’t have a common listening audience. It’s more of my own justice, [which] is something I am still pushing forward; I am still speaking to my lawyers to see what can be done,” she said.

For Christopher Townsend, Stephens’ attorney, whatever Lim decides, he and his client are ready.

“If she wants to tackle anything at all, she can go straight ahead. The Australian police did a thorough investigation, she knows what she knows, and what she is going to do, she is going to force the Australian police to publicise the statement she gave them. Which doesn’t help her. Wherever it is on the face of the world that she wants to do battle, we are ready,” Townsend said.