Hails Tanya Stephens as her heroine 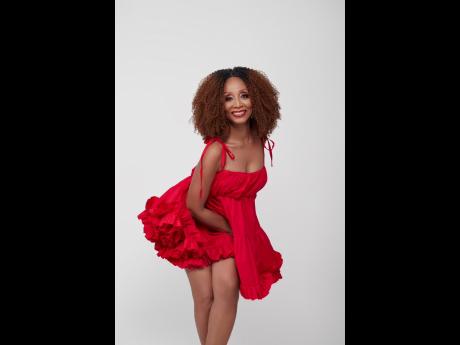 Keniel Peart
Nadine Sutherland poses in a shot from her legends shoot, conducted by Neko ‘Bootleg Rocstar’ Kelly and shot by Keniel Peart, with make-up by Pat Adolphus, and wardrobe by Kadian Nicely Exclusive and DéNalli, who did a breastplate moulding. 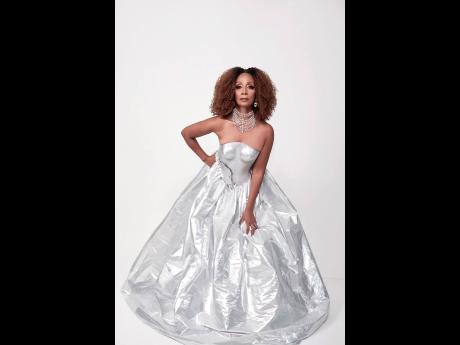 Keniel Peart
Nadine Sutherland hailed singer Tanya Stephens for speaking out against the culture of rape. She says many women draw strength from Stephens. 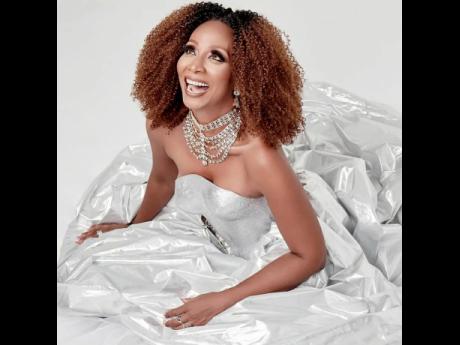 Keniel Peart
Having slightly passed the 50-year milestone, Sutherland is wide-eyed with wonder that she is inspiring a generation of millennials.
1
2
3

Fervent passion and a need to hammer home some vital truths were the fuel that motivated veteran reggae singer Nadine Sutherland as she sat down for an interview with The Sunday Gleaner last Thursday. The conversation was supposed to centre around her just-completed and rather fabulous photoshoot, organised by Neko ‘Bootleg Rocstar’ Kelly, which has blown up across social media, as well as her “hide and jook” comments about entertainers taking the vaccine, which she said were taken woefully out of context and which also went viral.

But trust Nadine to flip the script.

This is a diva who, once she exits centrestage, doesn’t like the spotlight on herself. And gracious as ever, she was eager to give kudos to all those involved in the stunning shoot, but things needed to be said.

“This debauchery is everywhere! How much time we hear seh a battery run (multiple men lining up for sexual intercourse with the same girl one after the other), and absolutely nothing is done about it? I hear of a girl going crazy after a battery, and the poor mother can’t do a thing. I have spoken to men who seh that is when dem go foreign that dem realise that taking part in a battery back home was wrong. They are remorseful now. This is a rape culture coupled with paedophilia. Men – both uptown and downtown – were having relationships with 13-year-old girls, and it was normalised. In the ghetto, it happened to her mother, and it became an acceptance of the lifestyle of a woman,” Sutherland lamented.

Making it crystal clear that she was not in support of any entertainer – or any person at all – who is guilty of rape, Sutherland hailed singer Tanya Stephens for speaking out. Stephens has long said that a prominent artiste raped her decades ago, and in recent times has shared more revelations, even giving a description of the person. Amid intense pressure to name the person, Stephens has steadfastly refused.

“Tanya has been through that ordeal, and she consistently speaks out against the culture of rape. Many women draw strength from Tanya. Diana King has also been very forthright. The Tambourine Army got off to a good start, but I don’t know what happened to them. We need strong women in every area of society to find their voices and use it. That is why Tanya Stephens is my heroine,” Sutherland declared.

For the Action singer, the casting couch was never suggested as an option. She attributes that largely to the fact that when she shot to fame as the pre-teen winner of the Tastee Talent Contest, her father was always with her, and he certainly “woulda chop up anybody” who even dared to hint at anything remotely sexual.

“By the time Action (her mega-hit collab with Terror Fabulous) came around, I was seen as a big star although I was still quite young,” she explained. “But the formative years of my music, if my father wasn’t around me, then I would surely have been a target,” she said.

That little girl has grown into a woman – an amazing one at that. Having slightly passed that 50-year milestone, Sutherland is wide-eyed with wonder that she is inspiring a generation of millennials.

“It’s nice that young people find me intriguing,” she gushed. “I am 53 years old. They are half my age, and they think I am cute. It’s really cool; I feel good about it,” she shared candidly.

In fact, so intrigued are they that Kelly, a young fashion stylist and creative director of repute, reached out to Sutherland with a suggestion for what he termed “a legends shoot”. He assembled a team of young creatives, including photographer Keniel Peart, make-up artist Pat Adolphus, Kadian Nicely Exclusive, wardrobe and DéNalli, who did a breastplate moulding.

“The concept was to honour me, and all I was asked to do was show up. Everything came together beautifully. We released the red dress first, and suddenly, everybody was tagging me. Then we released the silver dress, and it was another talking point. I am not social media savvy like them, so when I was shocked that it gained so much traction, they had expected it. I am really proud of us all and giving God thanks and praise,” Sutherland declared.

Kelly, in a lengthy and glowing tribute to Sutherland, which he posted on Instagram after the release of the pictures, stated in part: “[Nadine] moves with the times without losing her own special quality. It’s a skill that a lot of ageing celebrities fail to grasp. After all, why should she worry? Nadine’s star power isn’t fading any time soon. Go to her shows, and you’ll see fans from several generations bumping.”