‘An excellent example for our Jamaican women’ 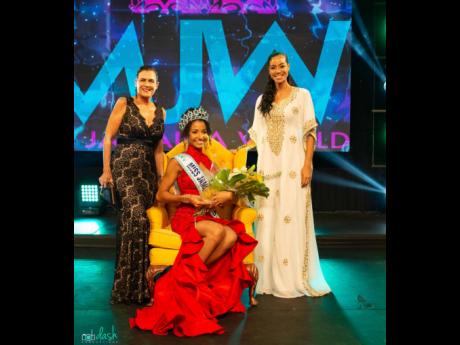 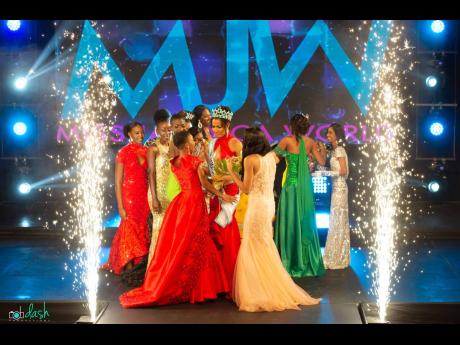 The Miss Jamaica World beauty pageant made its grand return in 2021 after a one-year hiatus due to the coronavirus pandemic, and last Saturday, Khalia Hall, Miss General Food Supermarket, sashayed away with the crown at the grand coronation show, held at the Courtleigh Auditorium in St Andrew.

It was a night on which Miss World 1976 Cindy Breakspeare stood in for Miss World 2019 Toni-Ann Singh and crowned the winner. Co-franchise owner Dahlia Harris said this was only appropriate, following the decision to delay Singh’s arrival on the island.

“Toni-Ann is Miss World, and once she won that crown, we accepted, as local organisers, that her purpose was a global one. She could have come briefly for the crowning, and as important as that was for her to crown the queen, it would have been a very brief trip and not have allowed her to share her time with Jamaicans in general. That was important to all of us, including Miss World, so we made the decision to delay her arrival in Jamaica so we could give her a grand send-off before Puerto Rico. Who fills in for Miss World? Another Miss World, of course, and Cindy was more than happy to do it,” Harris explained.

She raved about the new queen. “Khalia is so accomplished yet remains extremely humble. Her life has been such an interesting journey. Who completes a master’s in mechanical engineering then decides to start a business centred around healthy eating?” she quizzed.

The co-franchise holder also gave an interesting insight into Hall. “By the way, after the crowning, she was slicing up banana bread she made and was going around sharing it with everyone. Prior to entering, I don’t think she ever wore a pair of heels, yet [she] ended up winning our Top Model Challenge. She’s invested in what she’s passionate about, not just what she’s good at, and that is such an excellent example for our Jamaican women.”

Harris noted that overall, she would rate Saturday’s event as “excellent,” given the fact that “we were operating at three levels, broadcast, production and DRMA”.

“We knew it was going to be tough to execute as a totally virtual event, we didn’t get everything right, but the overall show delivered the look and feel of what we had in mind. What was most important to us was that the contestants were the main focus on the night and our feedback is, that was achieved.”

As to glitches, she admitted that there were indeed a few. “People keep saying that they appreciate the challenges of COVID-19, but I think until you actually have to execute an event, ensuring that you observe all protocols and requirements set out by the various agencies, you have no idea. One example is, it just doesn’t end with approval; representatives of the various agencies attend the event and do constant checks as it happens, to ensure rules are observed. It adds another element, a necessary one, to the production. I think we managed it well, but there are areas that could have been improved,” was her assessment.

As she has been doing since the 15 finalists were selected, Harris was full of praise for all the contestants. “I think we were extremely lucky to have this group of ladies. Training sessions were cut down from three days a week to Saturdays mostly, a few Sundays on Zoom. There were a lot of changes along the way as national announcements were made, and they adjusted with absolutely no complaints. Up until the announcement of the winner, I had no idea who the judges would select. It was undoubtedly a very competitive year,” she declared.