Lawyer retained by Abihail Myrie's parents not representing her 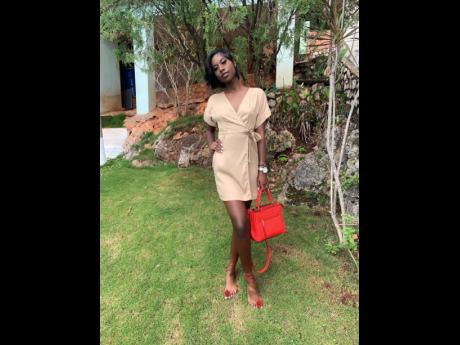 Attorney-at-law Maurice McCurdy this morning emphasised that he was retained by Lorna Strachan and Mark 'Buju Banton' Myrie to act in a matter pertaining to their daughter, Abihail Myrie. McCurdy, who informed the media and the police on Tuesday that Abihail was not missing, acknowledged that he is not the legal representative of the 21-year-old model and socialite.

"I act on behalf of the Myrie family. I was retained by Lorna Strachan and Mark Myrie, the mother and father of Abihail Myrie, for the purpose of this correspondence to say that she was not missing. Her father was concerned. Miss Abihail Myrie was never missing, and it was important to put it out there," McCurdy told The Gleaner.

The Corporate Communications Unit of the Jamaica Constabulary Force (JCF) on Tuesday issued a release that Myrie has not been seen or heard from since Saturday, October 9.

McCurdy, who "was not personally engaged by Abihail Myrie", stated that he did not know who had reported to the police that she was missing, and said he had in his possession a letter from Ayisha Robb stating that she is Abihail's lawyer. This correspondence from Robb was also sent to the media.

Titled 'False and malicious reporting of missing person – Miss Abihail Myrie' the statement under the letterhead of Robb, Cunningham and Company noted that Myrie's close friends and associates never "experienced any difficulty locating her" and it also addressed alleged "acts of physical abuse meted out towards her by a family member".

"She was neither kidnapped nor falsely imprisoned. As for the ongoing family dispute, our client will be taking the appropriate legal action to protect her image, brand and reputation and, if necessary, initiate litigation proceedings through the court for these malicious vituperations," the letter stated.

It continued, "Our client reiterates that she is not missing", and is alive and well, save for alleged acts of physical abuse meted out towards her by a family member.

Robb, in the letter, chided the police for disclosing her client's home address in the public domain and requested that "the Constabulary Force be mindful of the fact that she is in fear of her life".

MUST REPORT TO POLICE

Despite assurances from the family's legal representative that Myrie is not missing, Senior Communications Strategist for the JCF, Dennis Brooks, told The Gleaner on Tuesday evening that "from a law enforcement perspective, Abihail Myrie remains a missing person".

He noted, "We did receive a call some time after 5 p.m. [on Tuesday] at the Constant Spring Police Station from a person claiming to be an attorney representing Miss Myrie and her family, stating that she was not missing and stating that he would make a statement later today."

He outlined that the protocols at the JCF state that a missing person must present themselves to a station that the police can satisfy themselves that the individual is no longer missing.

"The person who made the initial report can also present with the individual who was reported missing to say that person is no longer missing. This has not happened. We would be irresponsible as a constabulary if we were to allow somebody, via the telephone or via a post on social media, to claim that somebody is no longer missing," Brooks said.

"What I will say is that within the context of a social media age where people often feel it is good enough, [it's] sufficient to make statements on social media thinking that is enough, very often these statements that people make on social media, whether in the form of a complaint or a public statement that 'I am not missing' it is not enough. Because we as law enforcement wouldn't be satisfied with that as the standard."

McCurdy had stated Tuesday evening that Myrie would report to a police station this morning, but with Robb now officially in place as her lawyer, he could no longer speak to that.

A representative at Robb's office told The Gleaner when contacted Wednesday morning that the attorney was in court and would respond to our queries as soon as she was available.